Wake up! Wake up to the gift
that life presents us,
now and in every moment.
Any day above ground is a glorious day,
and we have that gift now.
~Rabbi Bradley Artson

Happy Anniversary! Today, January 18, is the wedding anniversary of my cousin Kim Boyd Clark and her husband Jeff Clark who were married 10 years ago in La Jolla, California but who have lived in Missouri ever since. They live outside Blue Springs in the town of Grain Valley, Missouri with Kim's mom Thelma Boyd. 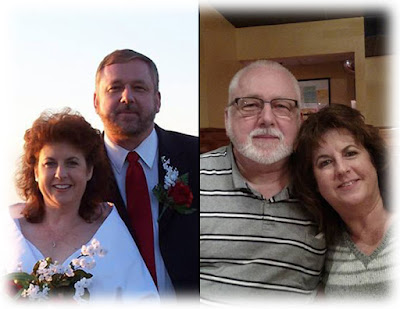 Jeff: 10 years ago, overlooking the ocean at La Jolla, she said "I do." We have faced many challenges over those years. I don't know where I would be now if you had said no. Each day is a blessing to have you as my wife and best friend. I can hardly wait to see what is in store for the rest of my life because of you. I love you more each day!

A few days ago Kim wrote me to say: We are in Branson, Missouri at our time-share this cold winter weather weekend, but we're having fun. We have a nice fireplace. It is hard to believe 10 years has passed so fast.

Best wishes to Kim and Jeff for a very happy anniversary!

Happy Birthday Dane and Nathan. This Saturday, January 21, is the birthday of another cousin of mine, Dane Shepard, who lives in Blanchard, Oklahoma with wife Cindy and daughter Kaylan Shepard. Saturday is also the birthday of their son Nathan Ross Shepard who is a student at Florida College. 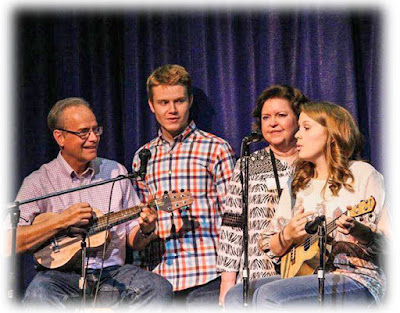 Nathan: Hello cousin Steve! I would like to wish all the Shepard family a happy year! I hope to graduate with my BS in Business Administration this April. I will also be traveling to Austria this summer for a choral festival with my school. Many exciting opportunities are coming and I'm thankful for all the blessings I have and have to look forward too! Hope you are doing well! It's been quite a while since I've been to a family reunion. It would be nice to see everyone again.

This second picture shows Dane and Nathan (on the left) with Cindy and Kaylan. Best wishes to our Oklahoma Shepards as they celebrate Dane and Nathan's birthdays! 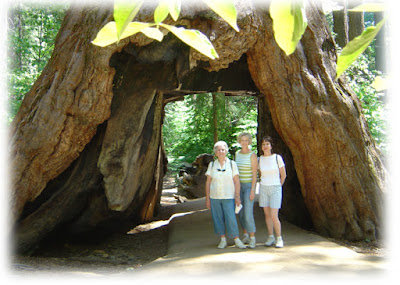 The Death of a Gentle Giant. This final picture shows one of the Giant Sequoias of Calaveras Big Trees State Park in Northern California, with three of our family members in front of it: Maida Shepard, Jane Clark Brock and Barbara Shepard. It was taken in 2004 when a group of women among us (The "Yayas") spent a week together at our home in the mountains of Northern California, located just a few miles from where this picture was taken.

Named the "Pioneer Cabin Tree", it was estimated to be over 1,200 years old when it toppled over early last week during a winter storm. It came down partially because it had been weakened in the 1880s when they thoughtlessly carved out a passage way through the middle of this gentle giant. At over a thousand years old, its demise is a tragic loss of historical proportions. But it puts in perspective our family's history which we do well to trace back maybe 200 years.
- - -
Steve Shepard
Posted by Steve Shepard at 6:51 PM No comments: 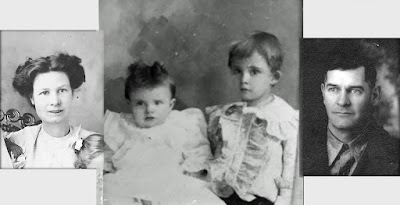 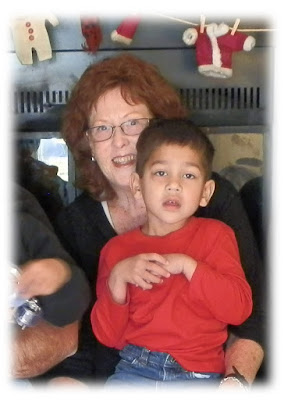 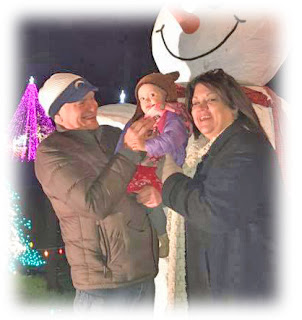 Best wishes to Cindy and Mary for very happy birthdays! And thanks to cousin Lisa for that amazing picture of those children!
- - -
Steve Shepard
Posted by Steve Shepard at 11:19 AM No comments: