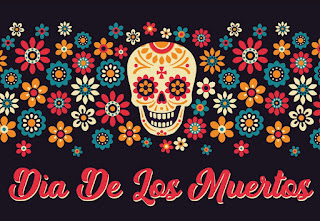 Tomorrow, November 1, our mother Maida Gower Shepard will celebrate 96 years of life. Sunday is fittingly celebrated by many as Dia De Los Muertos or All Saints Sunday. But for her family it will be a day to celebrate that one saint, our mother, whose life has spanned nearly a century.

The years have taken their toll on mom's mental and physical health. But her spirit is still strong and vibrant. And her spiritual health is undimmed. She has a hard time getting around in this 10th decade of her life. She stays in her living room chair most days and needs someone with her at all times. But she continues to live with grace and dignity the days that the Good Lord has given her to live.

She is the oldest surviving member of both her Gower family and her Shepard family. Her "younger" sister Vicki Gower Johnston turned 87 just two weeks ago. The two of them are gems of our family, reminding us of our Gower history that is worth celebrating and remembering.

Mom's birthday is uniquely situated just before Election Day. In 1924, three days after she was born in Mountain View, Arkansas, Calvin Coolidge was elected President. In 1944, just months before she and dad married in San Diego, and a few days after Mom's 20th birthday, Franklin Roosevelt was elected to his 4th term as President, an unprecedented occurrence that prompted a law change. Days after her 32nd birthday in 1956, mom and dad both helped Dwight Eisenhower defeat Adlai Stevenson and win a second term as President. As a child I remember the day dad came home from work wearing an "I Like Ike" button, making it clear where his sentiments lay.

For these and so many other reasons we will celebrate and honor our mother Maida Gower Shepard tomorrow on the occasion of her 96th birthday. During this Pandemic our celebration for her will be small, with only her immediate family in attendance physically. Others will be present on Zoom. If you would like to join us Sunday afternoon to wish her well, send me an email and I'd be glad to send you a Zoom invitation.
- - -
Steve Shepard
(he, him, his)

Posted by Steve Shepard at 6:42 PM No comments:

I referred in my last post to a well known person in Tennessee history by the name of Gen. James Randolph Robertson (1742-1814). He was an important leader in the early years of the State of Tennessee and is arguably the most renown person in our entire family history. His mother was Mary Gower, and his grandparents were Abel Gower and Mary Robertson Gower, my 6X Great Grandparents. James' father John Randolph Robertson was born in 1712 in Scotland, where he married Mary Gower in 1739, the daughter of adventurous Scottish Sea Captain Abel Gower.

Born in 1742 in Brunswick County, Virginia young James Robertson accompanied Daniel Boone on his third expedition into the American Wilderness in 1759, an expedition that gave him an appreciation for the possibilities of life in the untamed frontier of America.

"Here I Shall Stay." Gen. James Robertson was man of remarkable insight and wisdom, who had a vision for harmonious life in frontier America. During his lifetime white settlers and Native Americans were constantly in conflict. In 1780 James Robertson's Uncle and Grandfather
-- both Gowers -- were killed by Indians in the Clover Bottom tragedy near Nashville which I wrote about in a previous post. As a result of the many conflicts between the white settlers and the Native Americans, many settlers wanted to abandon the frontier and return to their homes in Virginia and North Carolina. And who could blame them? But Robertson stood steadfast and refused to leave. "Each one should do what seems to him his duty. As for myself my station is here, and here I shall stay if every man of you deserts me."

Red Lives Matter. James had a dream of whites and Native Americans living together in peace, where all were accepted and everyone had their place. Robertson's vision was not shared by all leaders of early America. Some, including his Tennessee colleague Andrew Jackson (elected President in 1827) had nothing but contempt for Native Americans. Jackson supported the the cruel and inhumane policy of forced relocation, which led to the deadly "Trail of Tears" in 1830. It was an evil almost as egregious as the enslavement of blacks. Our ancestor Gen. James Robertson believed there was a better way. He negotiated with Native Americans and became known as a peacemaker forging treaties, creating alliances and supporting Native American self determination.

The Father of Tennessee. We are honored to have such an important person like James Robertson in our family tree. We celebrate and remember his gifts of peacemaking and leadership in early America. His spirit of cooperation, his acceptance of diverse cultures and his willingness to do the hard work of making peace is noteworthy. Known as "The Father of Tennessee" he is an outstanding member of our family history.

Robertson and the Chickasaws. In a very interesting and personal historical connection, James Robertson crossed paths with the Native American Chickasaw tribe, from which my wife Cindy is descended. On several occasions Robertson had conversations with the Chickasaws. Even though more than one family member of his had died "by the tomahawk," he was persistent about developing positive relationships with them. As a result he was selected to serve as an Indian agent in Tennessee until his death in 1814.

In January, 1781 James Robertson was at Fort Nashborough (which became Nashville, Tennessee) when it was attacked by Chickasaws. As told in William Hale's A History of Tennessee and Tennesseans, the furious battle lasted for several hours resulting in numerous deaths. The telling of the story ends by saying it was the last battle between the Chickasaws and the Cumberland Settlement. It prompted peace talks between James Robertson and the Chickasaws, talks that included the famous Chickasaw Warrior Chief Piomingo (1750-1799) with whom Robertson became acquainted.

The Treaty Of Hopewell. A few years later, on January 10, 1786, Chief Piomingo signed the famous Treaty of Hopewell which officially established peace between the U.S. and the Chickasaws. I can't help but think that Robertson's peace talks with Piomingo was at least partly responsible for Piomingo's willingness to be a signer of the Treaty. Coincidentally, among the other signers of that peace treaty was Andrew Pickens (1739-1817) a U.S. Representative from South Carolina who also happens to be an ancestor of ours (the grandson of my 6X Great Grandparents William and Margaret Pickens). Select this link for more about Andrew Pickens and his place in our family tree.

Posted by Steve Shepard at 2:18 PM No comments: