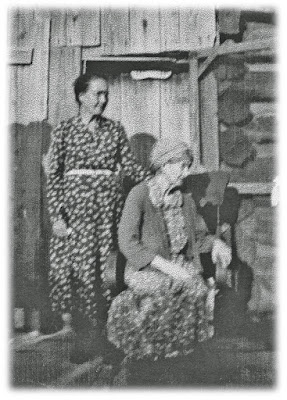 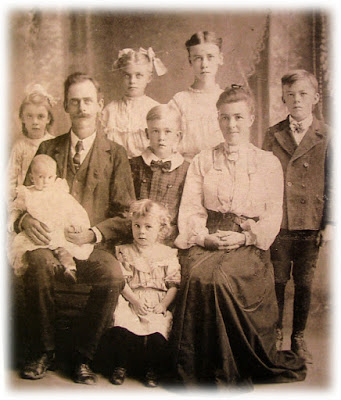 Further congratulations are offered to Kim and husband Jeff Clark who are retiring! This very week they have concluded their jobs and are taking to the road as their retirement begins. We wish them the very best is this new adventure in their lives.
- - -
Steve Shepard
Posted by Steve Shepard at 1:13 PM No comments:

I am listening to a deeper way.
All my ancestors are behind me
but still they say,
you are the result
of the love of thousands.
~Linda Hogan

Kirkwood, Ohio. The second stop on our road trip would be in the Township of Kirkwood, Ohio where James Sheppard Sr. and his wife Hannah with 8 other family members settled in 1809 after making that 400 mile westward migration from Maryland. There in Belmont County we would visit Salem Cemetery in Hendrysburg where laid to rest are Hannah and James Sheppard Sr., parents of a large influential clan of ancestors who made a mark on that community that lasts to this day.

Montgomery County, Indiana. We would then travel another 350 miles westward into Montgomery County, Indiana where Hannah and James Cross Sheppard Jr. relocated from Ohio in 1840 with James' brother John Sheppard and 7 other family members. In Indiana we would visit James Cross Sheppard's grave in Paint Creek Cemetery outside the hamlet of Camden, Indiana. This road trip would be incomplete if we failed to honor the sacrifice of Civil War soldier William Shepard (1835-1862), the oldest son of James and Hannah. He is laid to rest in the Civil War section of Oak Hill Cemetery in Evansville, Indiana.

Madison County, Illinois. After leaving Indiana we would retrace the solo journey of soldier William Shepard's younger son William Elmer Shepard (1862-1915), and travel 235 miles to our fourth stop on this journey, Madison County, Illinois. That's where the young runaway William Elmer met and married local girl Elvira Owens. In the Mississippi River community of Alton, Illinois the two children of William Elmer and Elvira, William and Sadie, were born. On this stop we could visit the New Douglas Cemetery a few miles east, where several of Elvira Owens Shepard's family are buried.
﻿﻿﻿﻿﻿﻿
Beaver County, Oklahoma. Our fifth stop on this genealogical road trip would be 654 miles further southwest, in Beaver County, Oklahoma, where Elvira and William Elmer Shepard migrated in 1905 with their two teenage children William and Sadie. Two important places to visit during this stop would be the Sophia Cemetery where several family members are buried and, around the corner, the South Flat Church of Christ, spiritual home to many of our early 20th century ancestors. Beaver County is where William Shepard met and then married Bura Davis in 1915.
﻿﻿
Two Buttes, Colorado. The sixth and next to last stop on this road trip would be the dusty little town of Two Buttes, Colorado, 160 miles northwest of Beaver County. That's where William and Bura Shepard decided to settle in 1928 with their first 3 children. In the 12 years they spent in Southeast Colorado a lot happened in their lives: 3 of their children finished High School, their 4th child was born, their oldest got married, and their first 2 grandchildren were born. On our road trip we would not need much time in Two Buttes (population 41); there is simply not much to see there.﻿﻿

San Diego, California. In 1940 our Shepard ancestors finally completed their westward journey when the 9 members of Will and Bura Shepard's family left Colorado and drove the last 1,200 miles to the shores of the Pacific. Some old Colorado friends named Gibbs told them about an opportunity to run a boarding house in San Diego, which was all it took to get them to California. Our road trip would include the boarding house at Albatross and Upas Streets, where the Shepards lived for the first few years of their new life in Southern California. Our journey would appropriately end with a visit to the resting place of a dozen family members in Greenwood Cemetery.
﻿
It took 8 generations of Shepards, over 214 years, migrating a total of 3,000 miles to make their way from the Atlantic to the Pacific. It has been 77 years since Will and Bura completed the Shepard migration. They are both gone now but several of their descendants still live in San Diego to this day. In the last 77 years, most of their descendants have scattered up the Coast to Northern California and Washington, while others have migrated eastward to Missouri, Texas and Oklahoma. But for all of them our roots proudly include this two century migration from Maryland to California.

Bura Davis Shepard (1896-1986). An important person in the migration detailed above is my grandmother Bura Davis Shepard (1896-1986), whose birthday was last Wednesday, November 8. Born 121 years ago near Spencer, Indiana she moved in 1913 with her family to Beaver County, Oklahoma where she met and then married William Shepard, with whom she had 4 children. She and husband William made the major decision to move their family in 1940 from Colorado to the West Coast where they lived the rest of their lives. She was the spiritual and emotional head of our family during the latter part of the 20th century, a time of growth and prosperity.
- - -
Steve Shepard

Posted by Steve Shepard at 11:49 AM No comments: