One resolution I have made,
and try always to keep:
To rise above the little things.
~John Burroughs

Greetings to you from San Diego on this last day of 2011!

Congratulations to Chenda Shepard whose birthday is tomorrow, New Year's Day! She and husband Nathan with their children Preslea and Logan live in Alameda, California. Chenda and family have been in San Diego all this past week enjoying this week after Christmas. The first picture shows Chenda and Nathan when they visited the Grand Canyon back in November.

Looking Ahead. With the new year 2012 beginning tomorrow I am thinking about several things related to family.

Babies! I think about the excitement already surrounding the new babies that will be born this year in our family. Chenda and Nathan are expecting a new baby this coming July to make 3 babies in 3 years. Jeremy and Desiree Ortiz (Kim Clark's son and daughter-in-law) of Blue Springs, Missouri are expecting twins this coming June. Are there any others expecting? Congratulations to those families.

Our favorite nonagenarian. At the other end of the spectrum, I think about the senior member of our family, Elmer Shepard of Norman, Oklahoma, who will turn 94 in May and who is in the sunset years of his life. I am grateful for his son Dane and family who are caring for him. The second picture shows Elmer and Dane in a recent picture.

Also as 2012 begins, I think about the fact that it has been four years since I began writing this genealogical blog. It was the last week of December, 2007 that I first began writing about our family. My original intent was to write for about 6 months, until the Family Reunion in the summer of 2008. But I soon discovered that there is much more to be said about this wonderful, crazy, diverse family of ours. And so the stories and pictures continue, and will for God only knows how long.

And finally, I think about 2012 being the 70th anniversary year of my Gower grandparent's move from Oklahoma to San Diego. They followed my Shepard grandparents by just 2 years in a move that was strikingly similar, not least of all because it was the final family move they made. I look forward to several opportunities to comment on this anniversary as we move through 2012. The third picture shows my grandparents, Leroy and Nola Shannon Gower, in 1971. 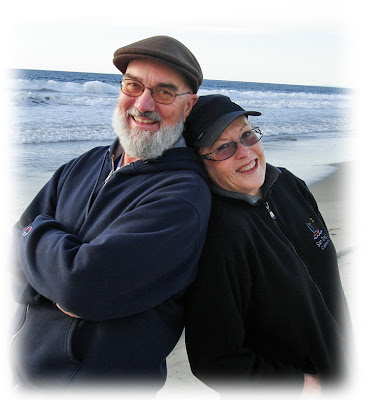 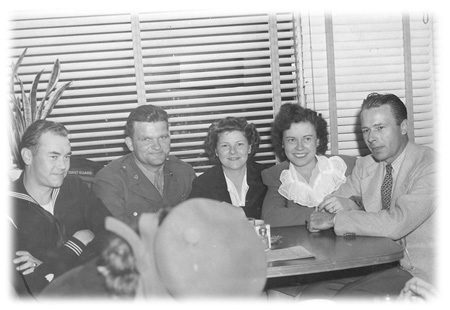 Greetings to all of you on this special week of Christmas! Nathan, Chenda, Preslea, Logan, Cindy and me -- together we wish you Happy Holidays and a very Merry Christmas! 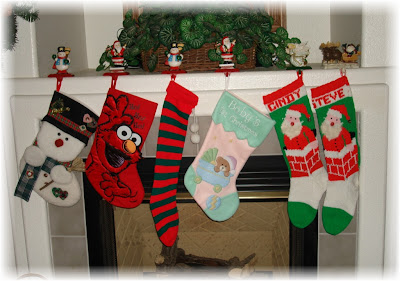 William Shepard's family left his hometown of Alton, Illinois in the early 1900s and settled in Beaver County, Oklahoma, where William met and then married Bura Davis in 1915. 13 years later, with three children in tow, they moved to Two Buttes, Colorado where their fourth child Thelma was born. In 1940 William and Bura and their family made a major move from Colorado to San Diego, California.
The picture of William that I am including today was taken around the time they made that move and may even have been taken in the mountains of California as they made their way into San Diego. This picture shows 4 year old Thelma Shepard, with her father, a spry 51 year old William Shepard.

What I like about this picture is that it represents my grandad very well: dressed like a workingman, stern in demeanor, resolute in appearance, careful guardian of his youngest child, a no-nonsense kind of guy. What I also like about this picture is that it shows my grandad as I never knew him. I was born just 8 years later, but I do not remember him standing up so straight and appearing to be so slim and robust. He is carrying his 51 years well.

My grandad William learned how to be a man from his father, William Elmer Shepard, who did not have a happy upbringing himself. William Elmer never knew his father, who died in the Civil War. He was raised by a older step father who made life so unbearable that William Elmer ran away from home as a teen, never to return. (Read more about that here.) William Elmer's unhappy childhood was probably reflected in his son William's sometimes serious and humorless demeanor. It may also help to explain why William, as a young family man, was something of a wanderer like his father and was away from his family for extended periods of time.

His wanderings made for great storytelling later in life. I remember him telling us grand kids about carrying a sixshooter, riding a horse, and chasing after the renegade Indian Cochise in the dangerous badlands of the southwest, and other such stories. On the other hand his wanderings must have made life difficult for his family that was left at home.

In a recording from near the end of his life, grandad William talks with great fondness about his father William Elmer and the warm relation- ship they shared in the months leading up to William Elmer's death from cancer in 1915. William missed something in his early life by being raised by one who had been a fatherless war baby. But he was compensated by the influences of a mother, Elvira Owens, and a wife, Bura Davis, who both were from strong, healthy families. See picture of William and Bura Shepard on Christmas Eve, 1973.

As we near the 123rd anniversary of William's birthday I am grateful for the memory of my grandfather, and for the love of family he learned and shared with his children and grandchildren.

May your Christmas be filled with warm memories and happiness!
- - -
Steve
Posted by Steve Shepard at 6:50 PM No comments:

OUR history begins before we are born.
We represent the hereditary influences of our race,
and our ancestors virtually live in us.
James Nasmyth
Hello Family and Friends,
Greetings to all of you wherever you may be, and however you may be surviving the December rush through Advent and Christmas.  Cindy and I find ourselves in Carlsbad, California vacationing this week with friends George and Diane. We are all of 30 miles from home!
I have written before about a family project to replace the headstones for two ancestors of ours, my GGGgrandfather Alexander Davis (1819-66) and his daughter Elizabeth (1843-67). They both reside beneath weathered and broken headstones in Spencer, Indiana. My second cousin Jerry Davis was the instigator of this project this past summer. He now tells me that we have raised the total amount needed from descendants of theirs. The headstone has been ordered and its creation is underway!

Jerry: I am getting anxious to get the stone in place and completed. I certainly appreciate all your assistance in helping to bring this to completion and that Alexander and Elizabeth will have a permanent grave marker. A BIG Thanks to all those who were willing to share with their contributions to see this completed.  We are blessed with such a loving and caring family.
Following is a list of relatives who were willing and able to contribute. Their names are in bold. Pictured are five of the donors: Jerry Davis, Stan Guy, Becky Davis, Gary Millikan and Thelma Boyd.
Descendants of Alexander Davis/ Charles Edward Davis/ John E. Davis:

And maybe it indicates, as James Nasmyth says in the quote above, that "our ancestors virtually live in us".
- - -
Steve
Posted by Steve Shepard at 6:40 PM 1 comment: