In all of us there is a hunger,
marrow deep,
to know our heritage -
to know who we are
and where we came from.
~Alex Haley

I mentioned last month that Mandi Aquiningoc would be graduating from Weatherford (Texas) High School, which she did on June 1. But at the time I had no pictures to prove it. Since then, however, the evidence has arrived, thanks to her mom Kerri. The first picture I am including shows Mandi with her mom and sister Lyndsey. (select the picture for a larger view.) Mandi and Lyndsey are the first two GGgrandchildren of Will and Bura (Davis) Shepard. 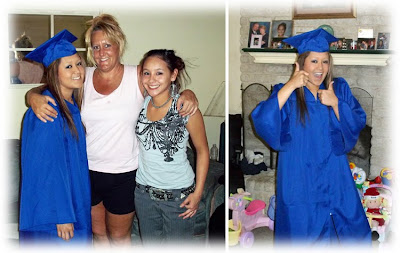 Kerri: I really am proud of Mandi. Being able to watch her walk across that stage and get her diploma was an awesome feeling! So I am proud to say "I batted 1000": both my kids graduated from High School.

There were lots of wonderful memories and LOTS of tough times, and I NEVER could have done it without my mom and my sister. They really worked hard, getting both girls graduated. We all 3 felt like we got diplomas when Lyndsey graduated and now Mandi. LOL. It seems like just yesterday I was walking her to her first day of Kindergarten. Man where does the time go? 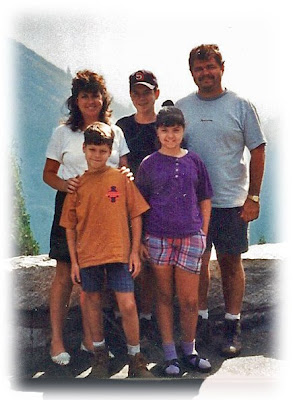 We really enjoyed having family come for her graduation. I was so happy my Dad [Gary] was able to make it. It really meant a lot to Mandi having her Papa there (and she missed Grandma Cindy).

Happy Birthday Scott Ortiz! Today is the birthday of Scott Ortiz, one of the Ggrandchildren of Will and Bura Shepard, and Kim Clark's younger son. Scott now lives in El Cajon, California and works for an Electric Company in Poway.

The second picture I am including shows Scott with his family in a picture from 1994 when they were in Yosemite on vacation.  In the back is Kim on the left, Jeremy in the middle, and Gabe Ortiz on the right. In front is 9 year old Scott with his sister Amanda. Gabe passed away in 2002.

Arrival Day 2009. It was a year ago today that Nathan Shepard's fiance Sou Chenda arrived in Southern California after a very memorable and difficult flight from Cambodia to LAX, and began her new life here in the U.S. 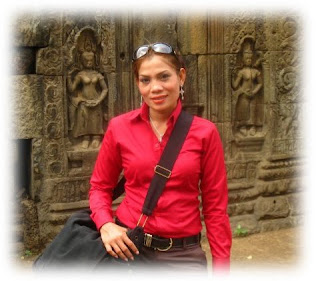 It has been a very eventful year for Nathan and Chenda, with her getting adjusted to life in a new country, meeting her new extended family, getting married, having a baby, getting her green card, and improving her English. She has been a blessing to us and a wonderful addition to our family.

The third picture I am including was taken by Nathan and shows Chenda in April, 2009 in her homeland of Cambodia, not long before she came to the U.S.
- -
Steve

Posted by Steve Shepard at 4:00 AM