Family and friends are hidden treasures.
Seek them and enjoy their riches.
~Wanda Hope Carter

Happy Anniversary TODAY  to Jerry and Cathrina! Congratulations to Jerry and Cathrina (Helms) Clark who were married 5 years ago today in Santa Fe, New Mexico. They make their home in Lubbock, Texas, where Jerry has lived since the 1960s when he first attended Lubbock Christian University. 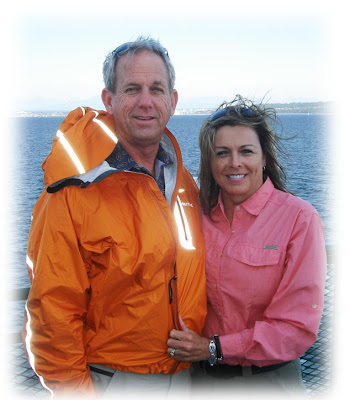 Cathrina and Jerry: "Yes, it has been 5 years! We are taking "the Rome trip" with a great couple from San Diego this summer for our anniversary. Really looking forward to our trip. We are going to dinner this Friday night, but since we were busy with a family reunion last weekend in Houston, we are staying home this weekend. We are busy planning how to landscape our backyard (which is now dirt). Also trying to get everything ready for summer travels. Our best to all! Come see us in the beautiful dust bowl 2011." 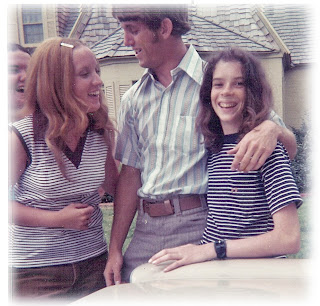 The Changing Nature of Families. Earlier this year I was part of a fascinating email correspondence regarding the difficulty of chronicling our family and keeping track of everyone. The whole issue arose because of two family members who had never married, but had been a couple for many years, and even had a child. Now regardless of one's opinion about the life choice of that particular couple, the fact remains that somehow they, and any children they might have, need to be accounted for in the family tree to which they belong.

Anomalous family relationships have always been a part of family life. My GGgrandmother Margaret Williams was the wife of William Spear, a man who had been married to Margaret's sister Caroline Williams. After Caroline died, William married her younger sister Margaret and had 8 children by her. To complicate things even more, William and second wife Margaret named their first child after his first wife Caroline.

On the Gower side of my family, one of my 19th century ancestors fathered a child by his stepdaughter. It was a terribly immoral situation, but the truth remains that trying to show that in a family tree is almost impossible, without asterisks, dotted lines and arrows going in different directions.

The increase in the number of unmarried parents these days is only one of the many challenges for those who try to keep track of family. Same sex couples is another. Fortunately computer programs do a pretty good job of allowing for a variety of family situations and configurations. 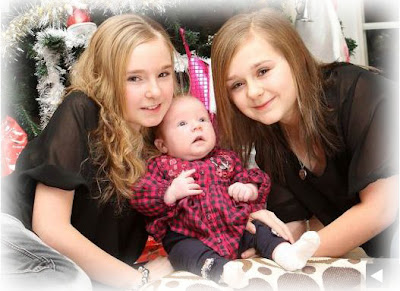 There are some family anomalies today that create challenges never dreamed of just a few genera- tions ago. Earlier this year a news report came out about Adrian and Lisa Shepherd (no known relationship to us), a couple in England who had triplets by in vitro fertilization (see picture). Two of the daughters, Adrian and Lisa, were born in 1999. The third daughter of this trio, Ryleigh, was born in November, 2010, from a fertilized egg that had been frozen and kept in storage since 1999. Same parents, same act of fertilization, but births 11 years apart. Who could have imagined such a thing not very long ago?

I find this to be an exciting though sometimes bewildering time to be engaged in family research, even though the challenges for family tree keepers are many. Thank God that behind all the incredible changes these days, some things remain the same. There is still that simple yearning for 2 people to be connected in a loving life partnership, and then for that love to result in the joy of parenthood.

If only it was as simple for those who to try to keep it all straight.
- - -
Steve
Posted by Steve Shepard at 11:49 AM