Rejoice with your family
in the beautiful land of the living.
~Albert Einstein

Greetings to all of you from warm and sunny Alameda California on this Friday the 13th, a fearful day for some. But for four members of our family it is a lucky day, as they get ready to celebrate birthdays in the next few days. 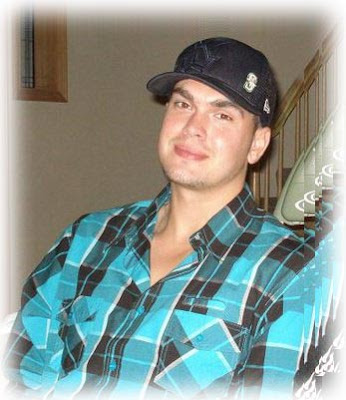 Christopher Shepard and Courtney Boyd, two of the Great Grandchildren of Will and Bura Davis Shepard, will celebrate birthdays tomorrow. Chris (see first picture) will celebrate in the Seattle area where he lives, as do his parents Mary and Darrell Shepard. Happy 27th Birthday, Chris!

Courtney Boyd will turn 21 tomorrow when she celebrates her birthday! She is the second of 4 in our family who turn 21 this year, the others being Steven, Lyndsey and Patrick. One of the grandchildren of Terry and Thelma Boyd, Courtney lives in the San Diego suburb of Lakeside, California with her parents Darren and Vicki Boyd and her siblings Brandyn and Kori. Congratulations and happy birthday to Courtney and best wishes for a safe and joyful celebration. 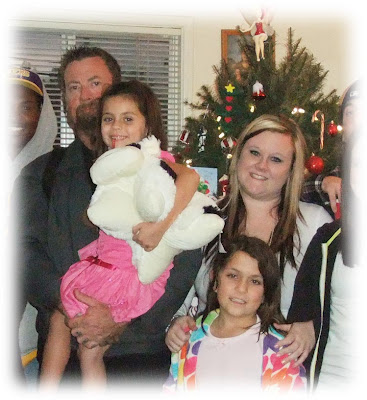 The second picture, taken in San Diego a few months ago, shows Courtney on the right with her cousin Ciara Ortiz in front of her. On the left is her dad Darren, holding his niece Ashlyn Ortiz.

Courtney: I'm doing well Steve, thanks for asking. I just recently got a job working at AAA insurance and love it. I'm very happy with it, I work full time, and I bought myself a new car. My next focus is moving out of my parents house. (Keep your fingers crossed!) I am no longer waitressing, but I keep myself very busy working 6 days a week. As for our birthdays, I don't think I'm doing anything too special, I plan on going Downtown for the night with some friends. Not sure what the plans with the family are, still deciding. :) 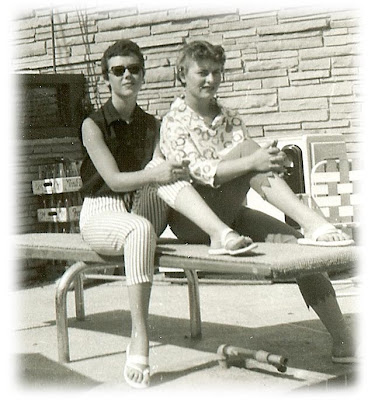 Thelma (Shepard) Boyd, just like her grand daughter Courtney, will celebrate a milestone birthday tomorrow. She tells me "I don't do anything to celebrate 'those days'," so it will probably be a quiet time in the Boyd house in Gallup, N.M. The youngest daughter of Will and Bura Shepard, she was born in Two Buttes, Colorado in 1936, but spent most of her growing up years in San Diego. Congratulations and happy birthday to Thelma!

A Facebook rumor has it that Thelma is old enough to remember Bazooka Gum. And getting Report Cards. And saying the Pledge of Allegiance in school. (Doesn't sound very old to me!) The third picture is an oldie and shows Hollywood starlet Thelma with her niece Beverly Russell in September, 1957.

To round out the celebratory weekend, Darren Boyd -- Thelma and Terry's son, and Courtney's father --  has a birthday on Monday. (See Darren in second picture above.) Best wishes to all of them!
- - -
Steve
The Shepard's Crook
Posted by Steve Shepard at 11:56 AM