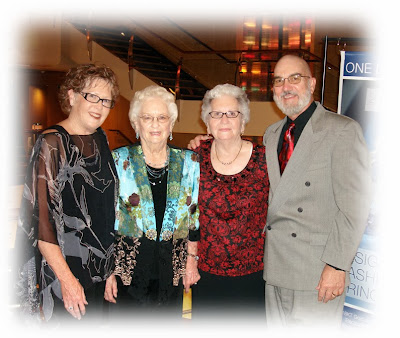 The Real Cause Célèbre. Cindy and I and our mums continue to enjoy ourselves on the beautiful waters of the Pacific Ocean, even though our adventure will draw to a close later today. I mentioned in a recent post that we are on this Cruise to celebrate the birthday of my mom Maida, which we did celebrate in style just a few days ago. But the real impetus for this trip was the 90th birthday of Cindy's mom Paula Harris of San Diego. Her birthday was actually back on the 18th of August, but a birthday that big takes time to celebrate properly. Hence this Hawaiian pacific adventure. Happy 90th Birthday to Paula!

The first picture shows the four of us, including new nanogenarian Paula Harris, second from the left. 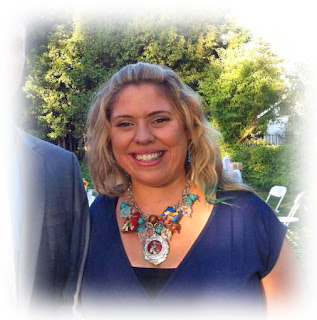 Havilah is the daughter of Joan Shepard of Dixon, California and Art Colgain of Kaysville, Utah. She is the first grandchild of Elmer and Beryl Shepard, and the 9th of the 21 Ggrandchildren of Will and Bura Davis Shepard. Happy Birthday Havilah! The second image shows Havilah in a picture that was taken this past summer.

Speaking of Bura Davis Shepard... this Friday, November 8 is the 117th anniversary of her birth. She was born in 1896 in Spencer, Indiana, and died in October, 1986. She was the oldest of the 7 children of James Brooks and Callie Spear Davis. In 1913 their family of 9, including 16 year old Bura, moved to Beaver County, Oklahoma, where she would soon meet her future husband William Shepard. When they married in 1915 the branch of the Davis family to which I belong began. 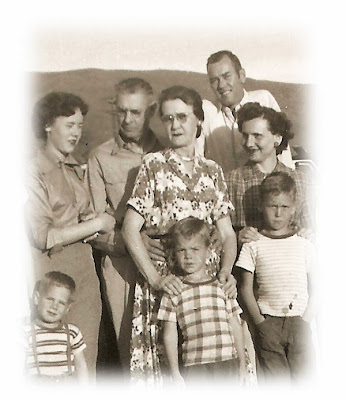 Bura lived for 27 years in Oklahoma and Colorado, and then most of the rest of her life in San Diego, where she is buried today in Greenwood Cemetery, with a number of other family members. She is remembered with affection by all those who knew her, including, perhaps, her great granddaughter Havilah (above) who was 4 years old when Bura died.

The third picture shows Bura in the middle surrounded by several family members. On the left is her husband William, daughter Thelma, and her youngest grandchild (at the time) Dane Shepard. On the right is her son Eugene, his wife Maida, and me and my brother Gary in the front.

This picture was taken at a family Thanksgiving gathering in San Diego in 1953. It reflects accurately Bura's place at the center of our family's life, with granddad not quite in the center but just a little behind her, yet in many ways just as loved, as is indicated by his daughter Thelma holding tightly to his arm. This image also shows Bura's somewhat frail physical frame, yet there is a certain strength evident in her careful holding on to my shoulders, almost as if she is pushing me downward to hold me in place. In some ways her emotional grip on me is felt even yet. The smiles on most of our faces illustrates that this was a happy time in our family's life as we made our way into the upbeat years of the 1950s in the booming community of San Diego. 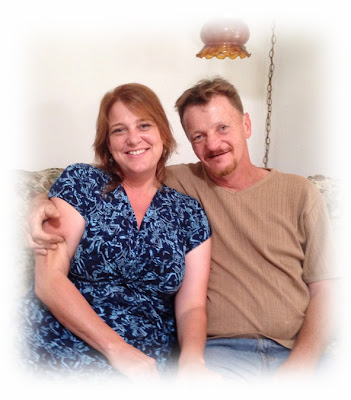 Shaun Gower. This Friday, November 8, is also the birthday of my cousin Shaun Gower of Escondido, California, just north of San Diego. Shaun is one of the two sons of my cousin Hershell Gower. So to be precise, Shaun is my first cousin, once removed. He is the first of the 14 great grandchildren of Leroy and Nola Shannon Gower.

I had a enjoyable time reconnecting with Shaun recently after not much contact in recent years. He is doing well and enjoying life with his fiance Tracy. This fourth picture shows Shaun and Tracy in a picture that was taken in San Diego just a few weeks ago.
- - -
Steve Shepard
Posted by Steve Shepard at 6:00 AM