If we have no peace
it is because we have forgotten
that we belong to each other.
~Mother Theresa 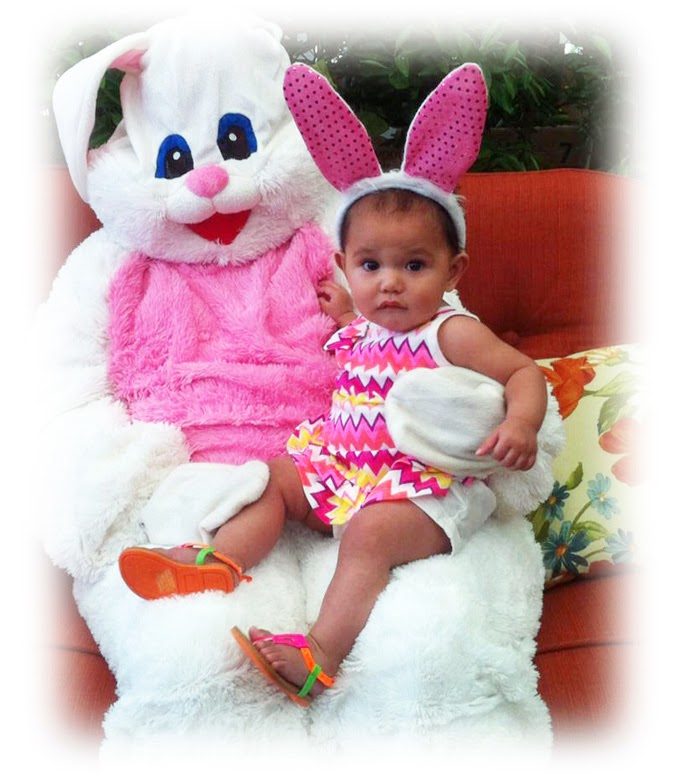 Happy Easter Monday on this day after all the many celebrations around our larger family yesterday. The first picture is one I could not resist. It shows a slightly uneasy Kambree Bowman, daughter of Mandi Aquiningoc and granddaughter of my niece Kerri Shepard Aquiningoc, sitting on the lap of a rather unsettling Easter Bunny.

Desiree: Yes the boys are going to be 2 on the 23rd. I just can't believe it. Time goes by so fast when you have little ones. The last two years have been so much fun watching the two grow :) They are such sweet little guys and so smart. 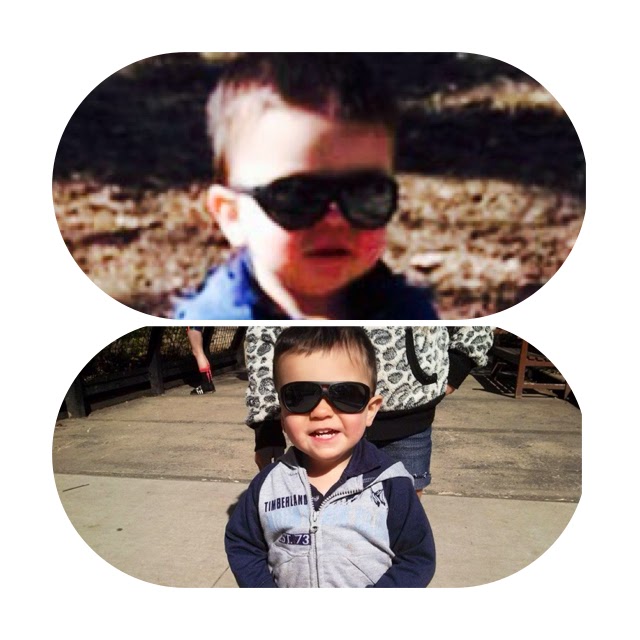 They are finally starting to look like toddlers. They have looked like babies for so long that it's sad to see them grow out of that stage! We will celebrate their special day with the family at our home with a "Monster University" theme and a BBQ. It should make for a fun day!

The Echo of Wedding Bells. 250 years ago this month, in April, 1764, my 6X Great grandparents Mary Blackmore and John Van Buskirk were married in Washington County, Maryland. John's family had migrated to America from Holland in the mid 1600s (15 generations ago!), settling first in the New Jersey area, then Eastern Pennsylvania where John was born. Mary was originally from Maryland, near Hagerstown, which is where they married in 1764.

They had only been married a few years, and were living north of Washington, DC, when the Revolutionary War began in 1776. Do the math: they were young marrieds, had children when the war heated up, and John was at an age to be a prime candidate for service in the Revolution. In addition they lived near the heart of the conflict. It was not the most opportune time to raise a family, but that is what came their way.

One can only wonder what sacrifices this couple had to make. What courage did they have to muster to contribute to the cause of freedom from British oppression? How was their family life and their personal lives disrupted? What we do know for sure is that it was ancestors like Mary and John that made American history and contributed to the formation of our nation. 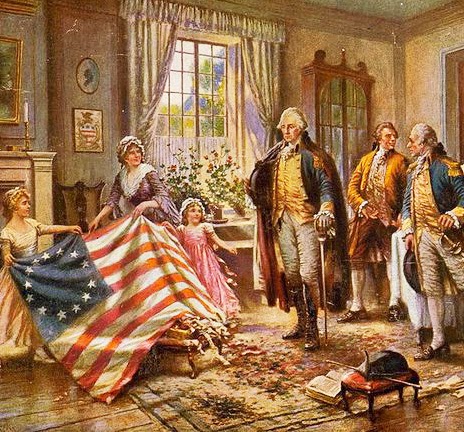 Jane Buskirk, a great granddaughter of John and Mary, married into the line of our Davis ancestors when she and Alexander Davis were married in Ohio about 1840. Around 1800 Jane's family had dropped the "Van" from their last name. In 1849 Jane and Alexander migrated with their kids to Spencer, Indiana where our ancestors settled for several generations before moving to Oklahoma in 1913 and then on to San Diego in 1940.

I mention the young Revolutionary era couple John and Mary Van Buskirk not only because this month marks their 250th wedding anniversary, but also because they illustrate how deeply rooted our ancestors are in American history. We carry within us the genes of folks who sacrificed tremendously in the birth of our nations, folks who experienced first hand what it was like to struggle for the right to be free. Within us are the secret memories of what it was like to be a family in critical historical times. It is that sense of history that enables us today to give our best to living as responsible citizens, honoring our past while embracing our future.

Here is a lineage that shows our family line to John and Mary Blackmore Van Buskirk, then on to the original Van Buskirks who immigrated from Holland: