Remembering the Past, Celebrating the Future, September 23, 2016

The past gives you an identity
and the future holds the promise of salvation.
Both are illusions.
~Eckhart Tolle (The Power of Now) 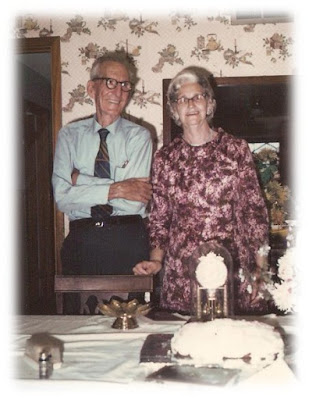 95 years ago this month my Gower Grandparents were married. On September 29, 1921 Leroy Gower and Nola Shannon said their vows and began a relationship that would result in a wonderful family that today is spread over a large part of the US. They were married in the town of Timbo, in Stone County, Arkansas while living in the nearby town of New Nata, 9 miles west of Mountain View, Arkansas. At the time Leroy was 22 and Nola was just 18.

The first picture shows Leroy and Nola at their 50th anniversary celebration which took place in 1971. The location was the family home of their son-in-law and daughter, Eugene and Maida Gower Shepard, on Armstrong Street in San Diego. 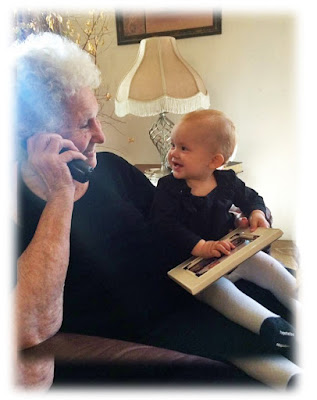 After marrying in Arkansas they lived 4 short years there, before moving to Okemah, Oklahoma with their first two children, Hendrix who was 3, and Maida who was a year old. In Oklahoma their 3rd child Vicki (Melva) was born. In 1942, during the second World War, they moved to San Diego where their family flourished and grew and where they lived most of the rest of their lives.

Today less than a dozen of Nola and Leroy's descendants live in the San Diego area, while the rest of them are found in Western Washington, Texas, Arizona, Southern California and Indiana. Their oldest living descendant is my mother Maida Gower Shepard of Anacortes, Washington, while their youngest descendant is Finley Shepard of Seattle (see recent picture above). In between those two is a diverse clan of several dozen people with the last names Gower, Shepard, Johnston, Harrell, Tuzzolino, Aquiningoc, Sauvage, Bearden and Cotten. 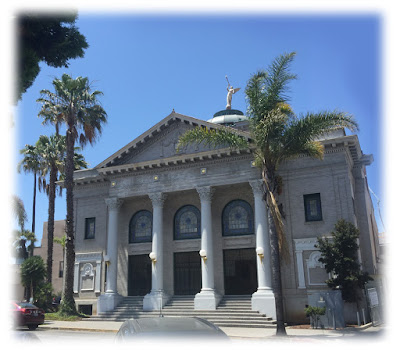 Living in San Diego gives me a chance to visit important places in the life of our larger family in year's past. This third picture shows a beautiful building in Balboa Park that for many years was the home of the Balboa Park Baptist Church. It has undergone some renovation over the years but it still has the Angel Gabriel on top, the only part of it still owned by the Church. Leroy and Nola attended that church for many years in the middle years of the 20th century. Leroy was a leader of the congregation, while Nola was very dedicated to it in many other ways. The only time I remember being in the church was that very memorable occasion in December, 1974, when Grandpa Leroy's funeral took place there.

Among the youngest descendants of Leroy and Nola are the two mentioned below whose birthdays are this week. 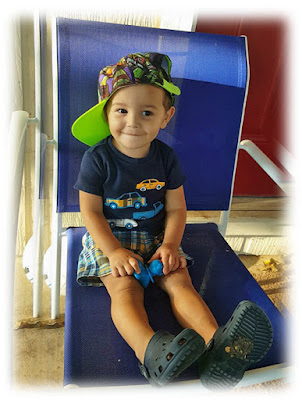 Mom Lyndsey posted this on Facebook yesterday: This day 2 years ago was the most amazing experience in my life! The love that I have for this boy gets stronger and stronger every day. Its hard to believe that he is 2 today! Happy birthday Karver! I love you more than I can ever explain. 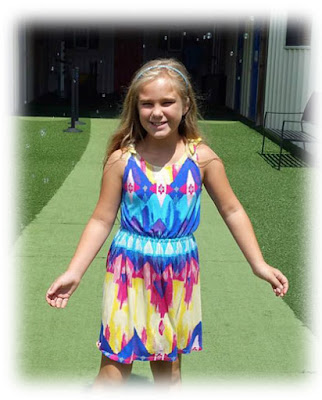 Looking back, we celebrate with gratitude and joy the lives of Leroy and Nola Shannon Gower and the wonderful foundation they provided for all of us, their descendants. At the same time we honor these two young ones, and celebrate with them and their families.
- - -
Steve Shepard