Family traditions counter alienation and confusion.
They help us define who we are;
they provide something steady, reliable and safe
in a confusing world.
~Susan Lieberman

Happy Birthday Mandi! Today is the birthday of Mandi Aquiningoc, daughter of Kerri Shepard Aquiningoc and granddaughter of my brother Gary Shepard. Mandi and her daughter Kambree are part of our family who live in the area around Weatherford, Texas. Mandi was born 25 years ago here in San Diego but has lived most of her life in Texas. 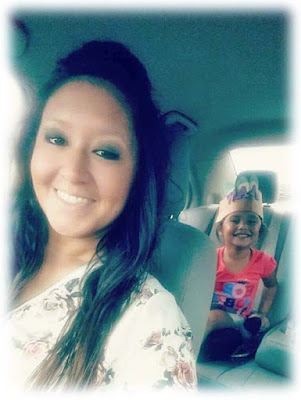 Best wishes to Mandi for a wonderful 25th Birthday. This first picture shows Mandi with her daughter Kambree.

Our Roots in the Caribbean. The "Passenger and Immigration Lists Index, 1500s-1900s" shows that John Sheppard I arrived in Maryland on a ship from the Caribbean Island of Barbados in 1726. This is one of the few details we have on the lives of our Sheppard ancestors from the 18th century.

The Caribbean was a common place from which European immigrants came to America in the 18th century. The "Passenger and Immigration List" on which John Sheppard I is found includes those who sailed to America for political, religious or economic reasons, or those who were deported for "Vagrancy, Roguery, or Non-Conformity," or those who were sold for labor in the new world across the Atlantic.

We don't know which of those offenses caused our John Sheppard to be among those who arrived by ship in Maryland in 1726. It would be nice to think he came to the new world for religious reasons. That sounds so pious. But knowing us Shepards these days, our Sheppard forefather could have left Europe and sailed across the Atlantic because of "roguery" or "non-conformity" (God forbid!). 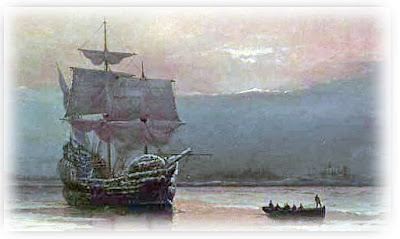 The First of our Shepard Ancestors. Whatever caused them to leave their homeland, probably in Europe, and come across the Atlantic, our Sheppard ancestors came to the Caribbean either for personal reasons, or they were deported, or they were indentured servants. It is very possible then that John Sheppard I worked hard enough to clear his name and make enough money in Barbados to get on a ship and immigrate to Maryland. There he, and whatever family he had with him, became the first of our Shepard ancestors to arrive in the New Colonies. They arrived in 1726, almost 300 years ago!

The British West Indies of the Caribbean were very productive for Britain in the 18th century. At that time they brought in more revenue for England than all the Colonies of the new world combined. There were thousands of slaves from Africa who were forced to work in the Caribbean, but there were also many Europeans who voluntarily or involuntarily arrived in the Caribbean to help in the sugar cane industry. For that reason the West Indies were very important on the world scene, and were a very popular avenue by which many black and white individuals eventually made their way to what would become America.

The life story of founding father Alexander Hamilton is getting lots of press these days because of the blockbuster stage play "Hamilton." He is an example of this very migration pattern. His ancestors were also white Europeans, just as our Sheppard ancestors were. Hamilton made it to America, just as John Sheppard did, in the 18th century. Hamilton also came to America via the Caribbean. In his case it was the island of St Croix, not far from Barbados, the island from which John Sheppard I came to America.

With these three John Sheppards and their wives (our family's founding Fathers and Mothers) we can now show our Shepard ancestry for 9 generations before me, going back to 1670. The following is a 13 generation lineage including my brother Gary, his granddaughter, birthday girl Mandi Aquiningoc, and her daughter Kambree one of our youngest Shepard descendants.
In upcoming posts: "A Fantasy Road Trip" or "Where the Bodies Are Buried." I will take a Shepard genealogical journey across America, briefly retracing our family's ancestral steps across American from the Atlantic to the Pacific.
- - -
Steve Shepard
Posted by Steve Shepard at 12:08 PM

Hi Steve,
My name is Jack Shepard, I think I may be related to John Sheppard I as well. I would love to connect with you and know if there is any further information pertaining to John, his immigration to Barbados, and potentially family origin within the UK.