Researching our family history has put me in touch with some interesting people. Our Family Tree includes over 15,000 people, which means that it contains a large variety of individuals. One of the more fascinating people I have found is a 2nd cousin (4X removed) by the name of Lulu Lee McGee, born in Virginia in 1871, she died in Tennessee in 1941.

Lulu was married to Ome Madison McGee (1873-1950), a Grandson of Matthew Gower (1762-1853), my 5X Great Grandfather. Lulu was a domestic worker most of her life, a servant of well-to-do families. She was black but not a slave, having been born 5 years after the abolition of slavery. Originally from Virginia, Lulu married for the first time at 20 years old to John Hoskins in Arkansas. She had one daughter Martha, who tragically died in 1918 of Lobar Pneumonia as a result of the Spanish Flu which ravaged the entire country for several years.

30 Days of Hard Labor. While in her 30s Lulu did domestic work for a family in New Jersey. Her efforts were evidently less than stellar. She was accused of criminal behavior and was arrested. She found herself before a judge who sentenced her to 30 days of hard labor in the Allegheny County Workhouse. Fortunately, we have the public prison record for Lulu's brush with the law. By the way, this is not the first time that the public prison record of a person in our Family Tree has been available. Four years ago I wrote about Edgar Lee Vessels who spent twenty years in a Texas prison, with his public prison record being a prime source.

In Lulu Lee's situation the public record of the Allegheny (Pennsylvania) County Prison indicates that her crime was "Visiting a Disorderly House." She was incarcerated with others whose crimes were: Keeping a Disorderly House, Selling Liquor, Being a "Common Prostitute," Drunkenness and Vagrancy.

A Miscarriage of Justice. In this period of Reconstruction in American history, personal enslavement was illegal, but unfair treatment of people of color was still very apparent. 30 days in prison for her offense seems a miscarriage of justice at the very least. Unfortunately, it was typical of the late 19th century, when Jim Crow laws abounded and racial discrimination was common.

In that day and age people of wealth took the work of their domestic servants very seriously. Servant work like this lent itself to abuse, with Lulu being a prime example. One only needs to read the daily news to realize that this kind of mistreatment is no less apparent today. 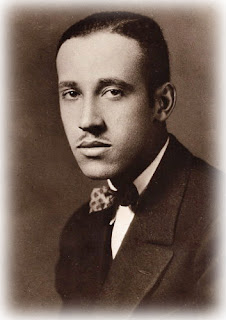 Lulu's prison record from 1899 says that she was 5'3'' tall, had brown hair and blue eyes, weighed 145 lbs., and was a Baptist. The record also indicates that she never attended school, and at 29 years old could not read or write. Her occupation was listed as "housework."

Her Saving Grace. Lulu had some hard experiences in life, and struggled tremendously at times. Her saving grace may have been her sister Amanda Fitzhugh Lee (1878-1959) whose family had done quite well. Sister Amanda's son was Dr. Harry W. Mickey (1904-1973) the first African-American Medical Doctor in Washington D.C. He received his medical degree from Howard University, which was announced in the June 22, 1922 edition of the Washington D.C. Evening Star newspaper. Dr. Mickey was a White House Physician during the Presidency of Warren McKinley. A family story has it that Dr. Mickey traveled with President McKinley on his fateful trip to Ohio in September, 1901 when McKinley was assassinated.

The group picture above shows Lulu in the center with her sister and family including her nephew Dr. Harry W. McKinley who is standing behind LuLu and to the right. This picture was taken in 1941 at the 50th wedding anniversary celebration of Harry L. and Amanda Mickey (the two dressed in formal black in this picture).
- - -
Steve Shepard

Posted by Steve Shepard at 2:30 PM