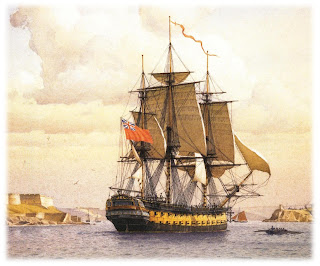 The "Passenger and Immigration Lists Index, 1500s to 1900s" indicates that a John Sheppard arrived in Maryland on a ship from the Caribbean Island of Barbados in 1726. That John Sheppard (1713-1741) and his eventual wife Anne Schiels (1714-1741) may very well be the first "Sheppards" in our ancestral line to arrive in the American Colonies. From Maryland, some of our Shepard ancestors migrated to Kirkwood, Ohio where they settled. Some of them eventually chose to move further westward.  Some made their way to Iowa. Others to Indiana, Oklahoma and finally California and other places on the West Coast.

I shared the interesting names of some of those ancestors in my previous post, but here are a few more outstanding names of folks from whom we are descended.

Obedience Dutiful Bugg (1755-1846). Originally from Cumberland, Va., Obedience is found among the ancestors of my Grandfather Leroy Gower. She was from a family who knew about duty and obedience. Her first husband, Colonel James Martin, served in the Revolutionary War. Married three different times she understood the meaning of obedience and duty. She and her husband James named two of their daughters "Prudence" and "Temperance". As a child Obedience lived on a Virginia plantation which served as a makeshift military hospital during the Revolution, nursing injured Patriot soldiers back to health. As a child she witnessed family members responding to the call of duty and being obedient in service to their country.

Rev. Lewis Cookson "Ole Club Axe" Davis (1756-1835). As far as I know this Davis ancestor is not related to the family of my Grandmother Bura Davis. As I researched Old Club Axe, I discovered to my surprise that he is actually a part of my wife Cindy's ancestry. The bigger surprise however is why this minister of many years chose to take the nickname "Old Club Axe." It is not a moniker that would endear him to Churches looking for a new minister. As a young adult he served in the American Revolution and was part of George Washington's Army who spent the disastrous winter of 1777-78 at Valley Forge, Pennsylvania. That horrific experience alone would harden an individual. After his military service Rev. Davis was a circuit riding Baptist preacher of the "hard-shell" variety in Georgia and Alabama for many years.

Pearly Majesty Morphis (1895-1983).  Hers is a name that rolls off the tongue easily with grace and beauty. One can almost hear the harps of heaven as her name is spoken. She is an example of how our 19th century ancestors tended toward ostentatious names. Pearly was born in Arkansas just before the turn of the 20th century and is in the family line of my Grandmother Nola Shannon Gower. Like Grandma Gower, Pearly and her family lived in Okfuskee County, Oklahoma for several years before moving on to California. Pearly is buried today in Tehachapi, California. She brings to our family tree an ancestor named Maida Tinsley, the only other Maida in our tree besides my mother Maida Gower Shepard.

There was a whole other immigration of Europeans with the last name "Shepard" who migrated from England to the Massachusetts Bay Colony in the 17th and 18th centuries. These were folks with a strong Puritan influence. They gave their children very pious names. One such ancestor was Thankslord Shepard Perkins (1612-1681). More about Thankslord and her kinfolk in my next post.
- - -
Steve Shepard

Posted by Steve Shepard at 1:25 PM

I love all you do finding family history
Kim

Rumor is you’ve decided to come back up for a visit WA. The question is will you do anything to make your parents proud while here? Will you reach out to your family you have written off? Will you try to make amends? Will you check on your family you kicked out to be homeless? Will you make any attempt to do what’s right? Or will you take the easy way out? What would Eugene do? We pray you ponder these questions Steven Dale.