Cheers to a new year
and another chance
for us to get it right.
~Oprah Winfrey

Greetings to all of you on this first week in January! It is not only a time of great possibilities as this new year begins, it is also a day that some call Epiphany. 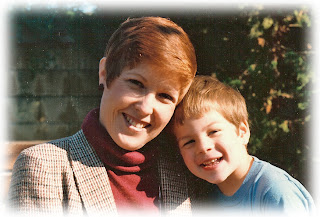 Cindy and I are presently in Alameda, California visiting Nathan, Chenda and Preslea, who are in the process of moving into a new apartment.

Happy Birthday Cindy! Tomorrow is the birthday of my wife Cindy (Harris) Shepard. We will celebrate her special day here in the Bay Area in the midst of the moving and house warming activities this week for Nathan and Chenda. 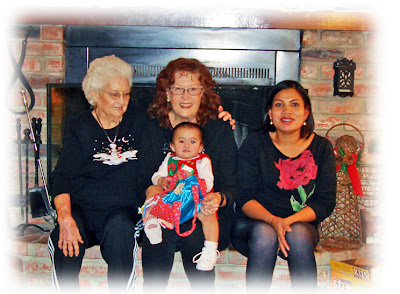 The first picture (above) was taken 30 years ago this month when we were living in Los Alamitos, California. It shows the young working mother Cindy and our son Nathan at three years old.

The second picture was taken two weeks ago here in San Diego and shows Cindy in the middle with our grandbaby Preslea in her lap. On the left is Cindy's mom Paula Harris, and on the right is Preslea's mother Chenda Shepard. 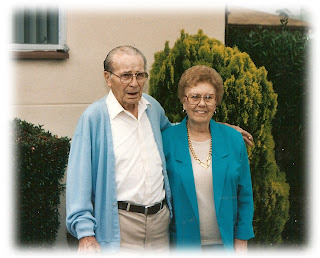 Russell Anniversary. This past Tuesday, January 4 was the anniversary of my aunt and uncle Bill and Pauline (Shepard) Russell. They were married in 1935 in Springfield, Colorado near the tiny town of Two Buttes, where the family lived at the time. They had their two children, Rex and Beverly, in 1936 and 1939, just in time for them and the family of her parents Will and Bura Shepard to move to Southern California in 1940. The second picture I am including was taken in 1994 and shows Bill and Pauline in front of their home on Mandalay Place in San Diego where they lived for many years.

Uncle Bill (Willie Davis Russell) had an uncanny name for a person marrying into the family of Pauline Shepard. His father-in-law's name was "William" Shepard and his mother-in-law's maiden name was "Davis."