Be always at war with your vices,
at peace with your family,
and let each new year find you a better person.
~Benjamin Franklin 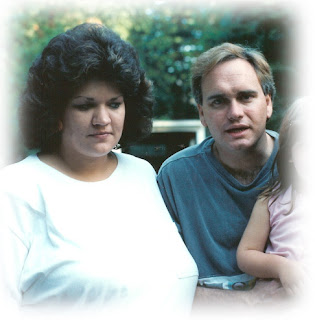 We are enjoying New Year's Day here in San Diego where sunshine has replaced the very rainy weather we have been having, and the flooding seems to be over for now. It was the wettest December this area has seen in many years.

Happy Anniversary! Yesterday was the 28th wedding anniversary of my brother Darrell and his wife Mary (Medina) Shepard. The first picture shows the two of them in 1990.

They presently live in Kirkland, Washington, but a new job for both of them will soon relocate them in the area near SeaTac. They were married on New Year's Eve, 1982 in Abilene, Texas where they were attending Abilene Christian University. Happy Anniversary to Darrell and Mary! 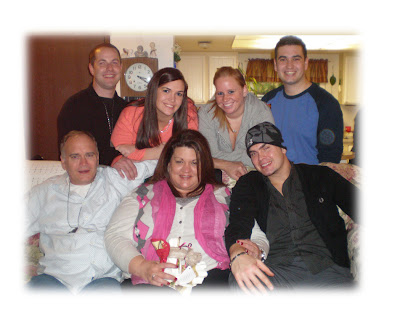 The second picture shows Darrell and Mary just last week on Christmas day at the home of Maida Shepard in Anacortes, Washington. Darrell and Mary are in the front on the left sitting next to their oldest son Christopher. In the back is their daughter Rachel on the left with her friend Brian, and their son Patrick on the right with his girl friend Nicole. (Thanks to Barbara Shepard who took this picture.)

Happy Birthday, Chenda! Today is the birthday of our daughter-in-law Chenda Shepard. She and husband Nathan and 9 month old Preslea now live in Alameda, California, just across the bay from San Francisco, where Nathan works. 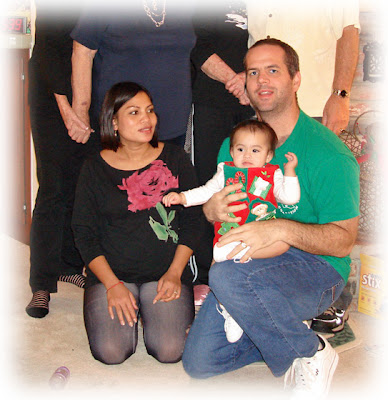 The second picture was taken on Christmas Day as we celebrated the holiday at the home of Paula Harris here in San Diego. It shows Chenda and Nathan and their first baby Preslea. Their second baby is expected this coming June.

In the words of Ben Franklin, may this "new year find you a better person." May 2011 be a wonderful year for you and your family!
- - -
Steve