In family life,
love is the oil that eases the friction,
the cement that binds us closer together,
and the music that brings harmony.
~Eva Burrows

Greeting yet again from Alameda, California where Cindy and I are continuing to enjoy a visit with our kids. 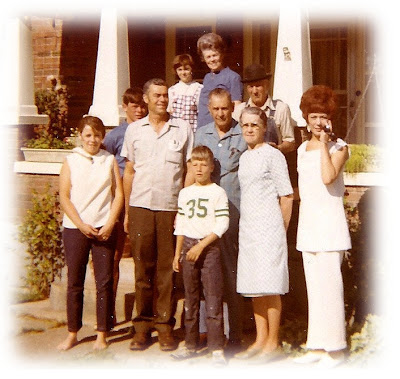 Happy Birthday Joan! This last day of March is the birthday of Joan Shepard, the mother of Havilah Colgain Wardle of West Valley, Utah, the daughter of Elmer Shepard and the sister of Dane Shepard of New Castle, Oklahoma. Originally from San Diego, Joan now lives in Dixon, California. She told me that she and daughter Havilah are presently visiting with her father and family in Oklahoma and will share some family pictures and update when she returns home.

The first picture is an oldie from 1970 and seems to have been taken somewhere in Oklahoma. On the left is a barefoot Joan next to her father Elmer. Next to him is Will and Bura (Davis) Shepard. In the back is Perry and Esther (Davis) Jenkins; on the right is their daughter Coeta. 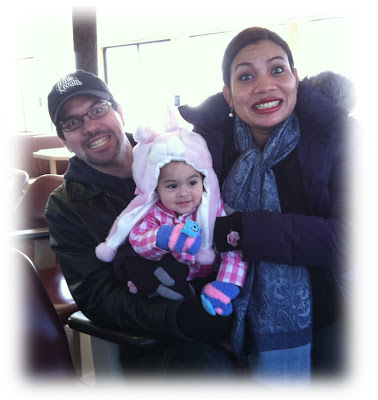 Happy Birthday Nathan! This coming Sunday, April 3, is the birthday of our son Nathan Shepard of Alameda, California. He is still flying high after the celebration of their daughter Preslea's first birthday last weekend here in Alameda, a celebration attended by Preslea's great grandmother Maida and great aunt Barbara who were visiting from Anacortes, Washington.

The second picture I am including today shows Nathan with wife Chenda and daughter Preslea on a chilly morning early this past week when we were on our way to visit Alcatraz, in San Francisco Bay. 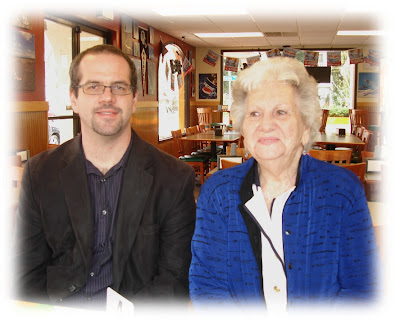 Nathan works in San Francisco for Wells Fargo Bank, enjoys playing and watching hockey, riding his bicycle, and watching Preslea grow and change almost daily. On his birthday he and Chenda hope to enjoy an evening out by themselves while the grandparents get to babysit.
- - -
Steve

Posted by Steve Shepard at 8:17 PM