Perhaps my best years are gone,
but I wouldn't want them back.
Not with the fire in me now.
~Samuel Beckett

Hello family and friends, and greetings to all of you from San Diego where October is bringing warm weather and pleasant days. 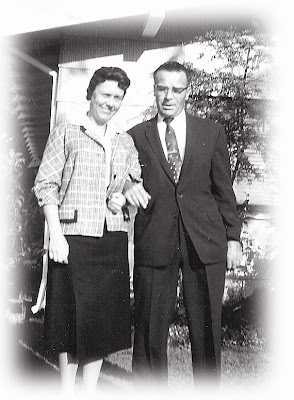 The first picture is an old one and shows Bill and Pauline in San Diego in 1957. During the 1950s and 1960s Bill and Pauline and their children Rex and Beverly were among the larger family of Will and Bura Davis Shepard who were close and would often gather for holiday meals or attend worship together at the El Cajon Blvd. Church of Christ. 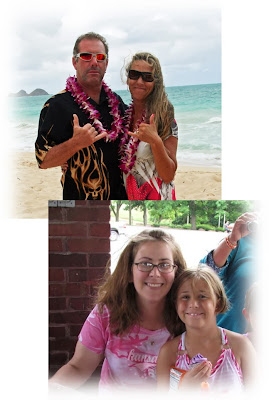 Bill and Pauline have two grandchildren alive today: Eric Russell and Shannon Wilk. The second picture shows Eric and his wife Ruthie (top) who live in Nevada (although this picture was taken while on a Hawaiian vacation). The bottom half of the picture shows Shannon and her daughter Emma, who live in Kansas.

Happy Birthday Kori Boyd. Tomorrow is also the birthday of Kori Boyd of Coronado, California, one of the great granddaughters of Will and Bura Davis Shepard, and the daughter of Darren Boyd. She is a student at Coronado High School. Happy Birthday to Kori! 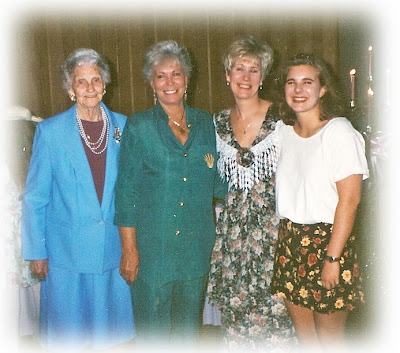 She is having serious struggles these days with health issues related to aging. Our prayers and best wishes are with her, her daughter Paula who is her primary care giver, and all her family.

The third picture, taken in Anacortes, Washington in 1995, shows Vicki's mother Nola Shannon Gower on the left, then Vicki, then her older daughter Paula Tuzzolino, and on the right, Vicki's granddaughter Heather Cotton.
- - -
Steve Shepard
Posted by Steve Shepard at 2:51 AM