In each family a story is playing itself out,
and each family's story
embodies its hope and despair.
~Auguste Napier


Greetings to all of you once again from the beautiful South American country of Peru! Today we are in the ancient Inca town of Ollantaytambo in southern Peru, as we draw ever nearer to Machu Picchu, one of the great wonders of the world. 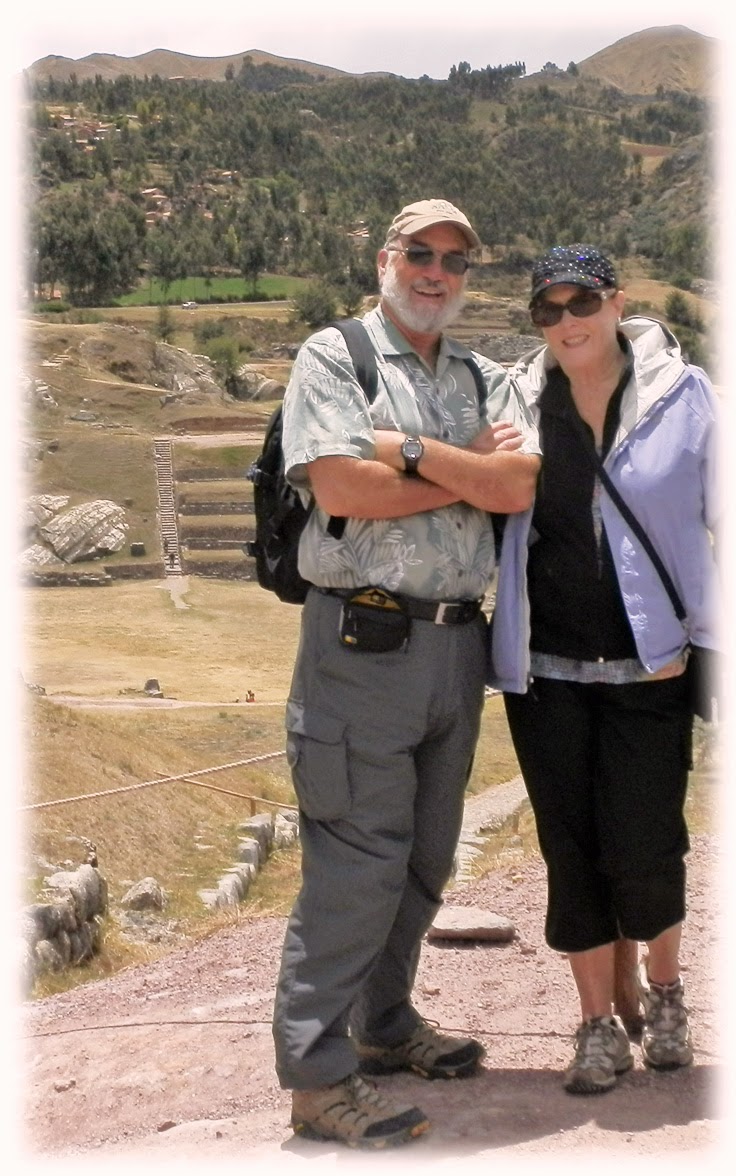 The first picture shows Cindy and me a few days ago when we visited the sacred Saqsaywaman ("sexy woman" is a close pronunciation) Incan Ruins and "The Temple of the Sun", above the city of Cusco, Peru.

Our Hoosier Roots. 145 years ago two of the most important people in our Davis heritage were married. On October 10, 1869 Charles Edward Davis and Malinda Wright tied the knot in Owen County, Indiana. Charles and Malinda were the grandparents of my paternal grandmother Bura Davis Shepard.

Charles was one of the last of our Davis ancestors to be born in Ohio. Born in 1849, his parents Alexander and Jane Buskirk Davis, when they were about 30 years old, moved their small family from Adams in Monroe County, Ohio to Spencer, Indiana in the early 1850s. Before the Davises got there, the family of Malinda Wright had already settled in Indiana, which is where Malinda was born. Charles and Malinda met in the 1860s and were married in the fall of 1869. 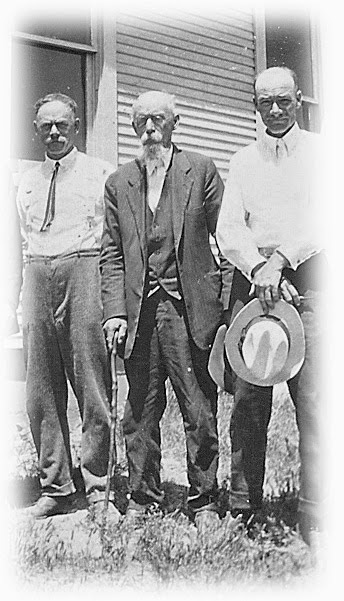 Much of what we know about Charles and Malinda Davis in the 19th Century is because of the records of their church, the New Union Church of Christ near Spencer, Indiana. They and many of their relatives were active participants and founders of that congregation out on Rattlesnake Creek. Among the most important records is the baptism record of their granddaughter (my grandmother) Bura Emerald Davis in 1906.

Unfortunately I do not have a picture of Great Great Grandmother Malinda Wright Davis. The only picture I have of Charles Edward Davis is this second picture. It was probably taken sometime in the 1920s, after Malinda had died. It shows the widower Charles Edward Davis late in his life with a cane and a white beard. On the left is Charles and Malinda's firstborn James Brooks Davis, and on the right is another one of their 7 children, John Emery Davis.

Charles and his family were trailblazers in many ways. Simply getting from Eastern Ohio to Southern Indiana in the 1850s (with a couple of children!) took great stamina and fortitude. Indiana was still frontier to a great extent in these pre-Civil War years, and establishing a place to live took hard work. By the end of the 19th Century many of our Davis ancestors began to move westward to Oklahoma. The 1910 US Census shows Charles and Malinda living in Logan, in Beaver County, Oklahoma. They are both laid to rest in Beaver County. 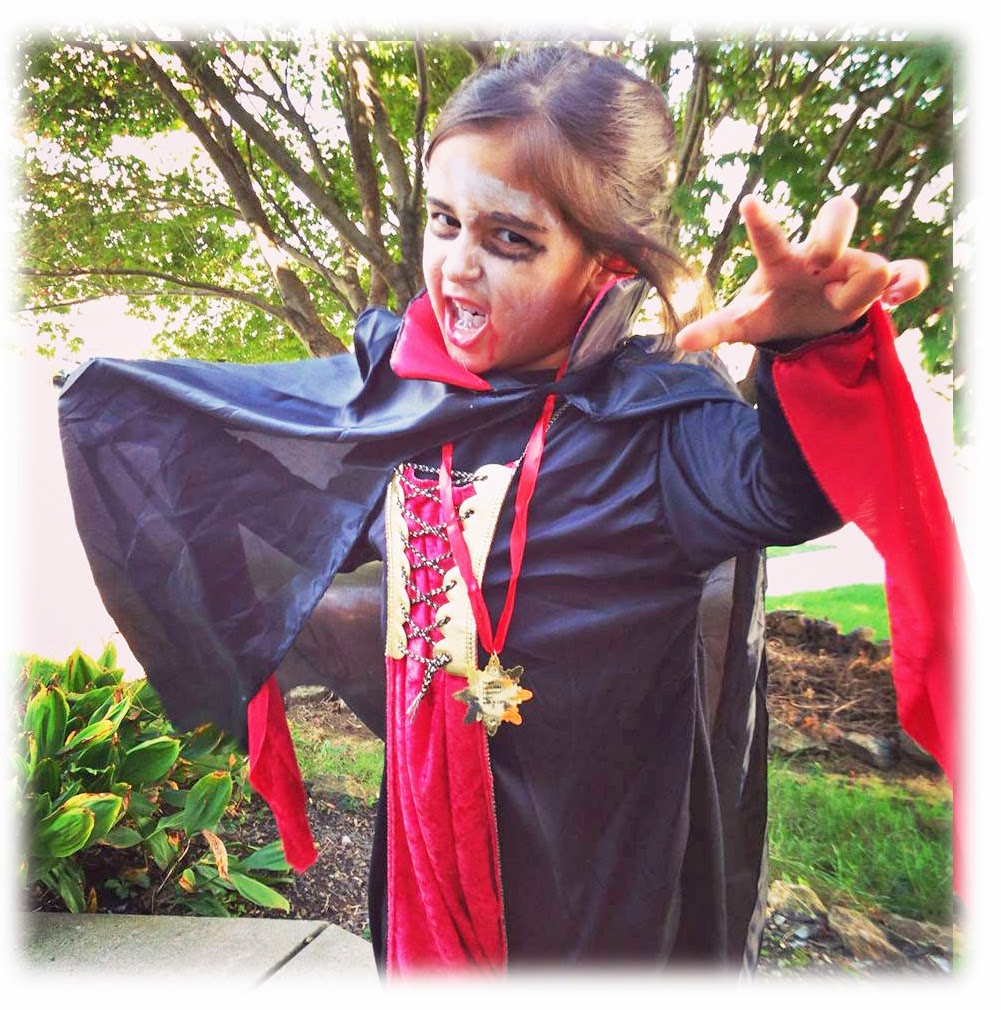 Because of Charles and Malinda, we have deep roots in Ohio, Indiana and Okla- homa that will always be reminders of the kind of people we have come from. 21st Century America is, of course, far removed from life in the 19th Century mid-west, but we will always be connected to these pioneers and have a strong bond with them.

Scary Days Ahead. Halloween is just a few weeks away, and again this year I plan to put together a slide show of family halloween pictures. If you have a recent or old halloween picture, of a youngster or an oldster, that you would like for me to include, please send it my way.
- - -
Steve Shepard
Posted by Steve Shepard at 4:00 AM