Our most basic instinct
is not for survival
but for family.
~Paul Pearshall

Cindy and I have returned from our South American adventure and are now back at home in San Diego. But not for long. In just a couple of weeks we will be traveling to Washington State to celebrate the 90th birthday of my mom Maida Shepard in Anacortes. I know that many of you are also making your plans to be there. 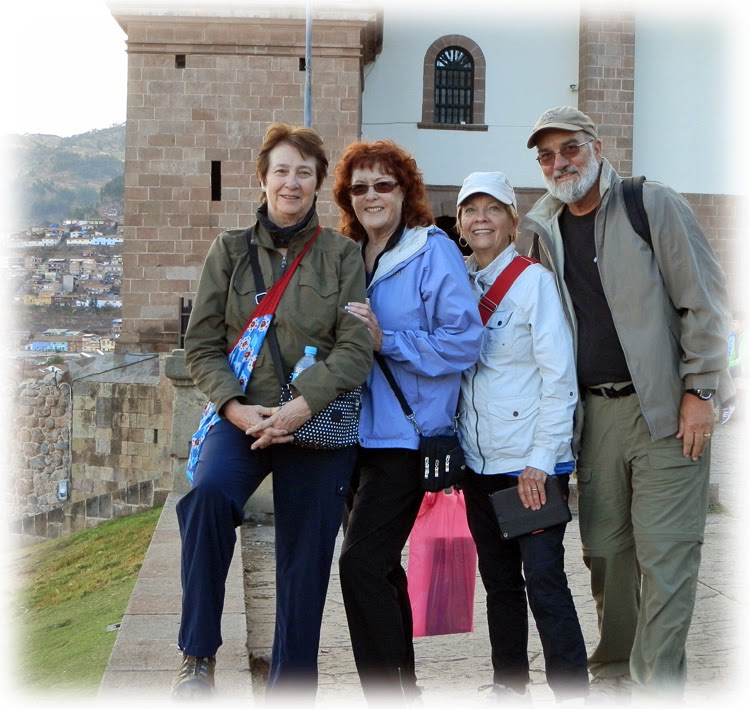 If others of you are interested in this celebration, please contact the Shepards in Anacortes, or anyone else who may have details of the event. Maida has had some serious health issues in the last week or so, but at this point it appears that the party is still on as planned. My brother Gary and his wife Cindy are taking the lead in making the plans.

The first picture was taken on our recent trip to Peru and shows Cindy and me with our traveling companions Linda and Barbara. It was taken high above the ancient Incan capital city of Cusco, Peru, in the Plaza San Cristobal. Behind us is the Church of San Cristobal and on the left is part of the spectacular view of the city that we had from this vantage point. 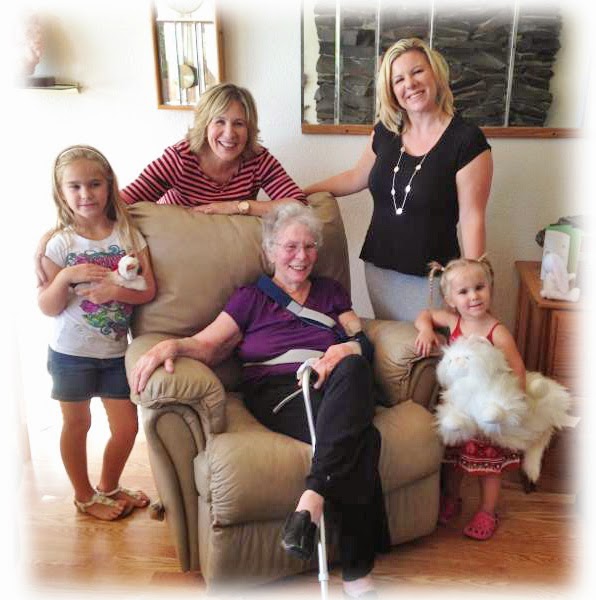 Vicki is the youngest child of the late Leroy and Nola Shannon Gower. She was born in Oklahoma, but lived in San Diego for many years before moving to Whidbey Island in the Puget Sound of Washington State, almost 40 years ago. Vicki has four children: Paula Tuzzolino, Gloria Watson, Michael Harrell and David Harrell.

This past August, a number of her family met in Oak Harbor for a special gathering. The second picture was taken in Vicki and Duke's living room during that family gathering. It shows Vicki in the middle with her daughter Paula of Sun Lakes, Arizona over her right shoulder, and her granddaughter Heather Cotten of San Antonio, Texas over her left shoulder. Also in the picture are Vicki's great granddaughters Tori Cotten on the left, and Lexi Cotten on the right. 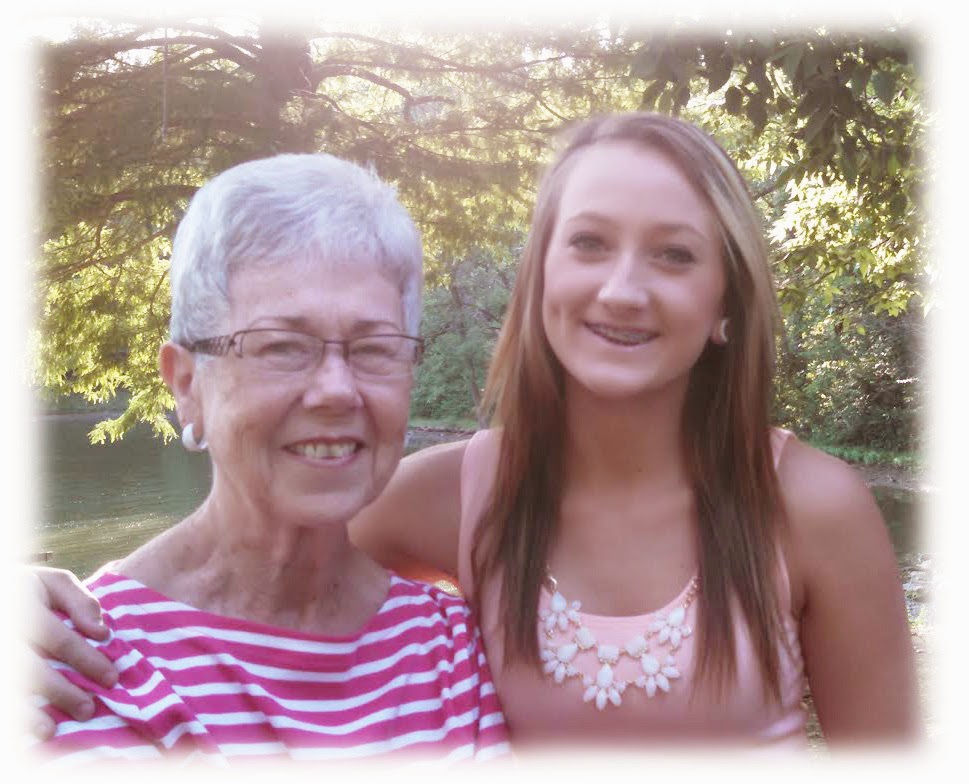 Happy Birthday to Korilyn Boyd! Korilyn, who turns 17 today, is one of the Great Grandchildren of William and Bura Davis Shepard. She lives in Coronado, California and attends Coronado High School.

The third picture was taken this past summer in June when Korilyn was spending some time with her extended family back in the mid-west. This particular picture shows Korilyn with her Grandmother Thelma Shepard Boyd of Blue Springs, Missouri, who is the youngest child of the late William and Bura Davis Shepard.

The fourth picture was also taken this past summer and shows many of the family who were together, including Kori and her Grandmother. 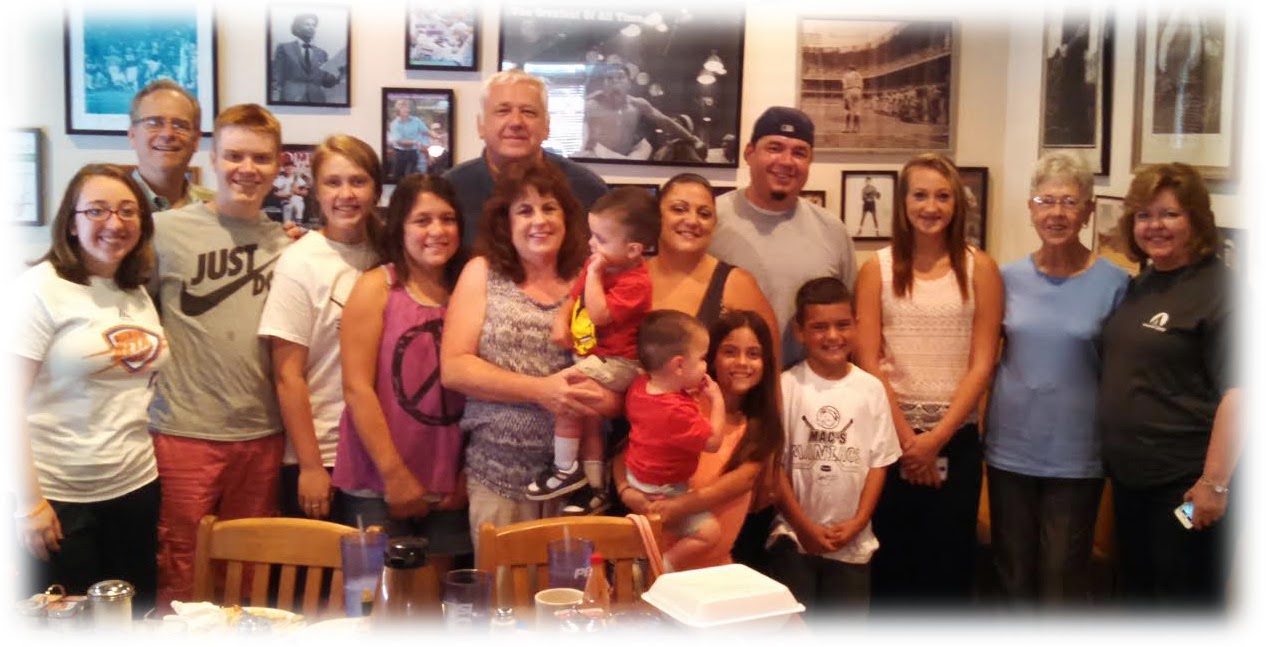 This particular picture shows Korilyn (3rd from right) with her grandmother Thelma next to her. Just to the left of Kori is her cousin Jeremy Ortiz with his wife Desiree and their 5 children (Ciara, Ashlyn, Damian, Dominic and Isaac). In the middle, holding one of her grandsons, is Jeremy's mother Kim Boyd Clark with her husband Jeff Clark behind her. On the far left is Dane Shepard behind his niece Tamara, his son Nathan and daughter Kaylan. On the far right is Dane's wife Cindy Shepard.
- - -
Steve Shepard
Posted by Steve Shepard at 1:12 PM