My mother used to tell me that
when push comes to shove,
you always know who to turn to.
That being a family
isn't a social construct
but an instinct.
~Jodi Picoult

In my last post I mentioned the birth of our newest family member Mason Michael Shepard, son of my nephew Patrick and his wife Nicole Shepard of Bothell, Washington. In this first week of his life, little Mason has gotten to meet many of his family, including his Great Grandmother Maida Gower Shepard of Anacortes, Washington. Below are two pictures of Maida with newborn Mason. Thanks to Mason's aunt Rachel Shepard for these pictures! 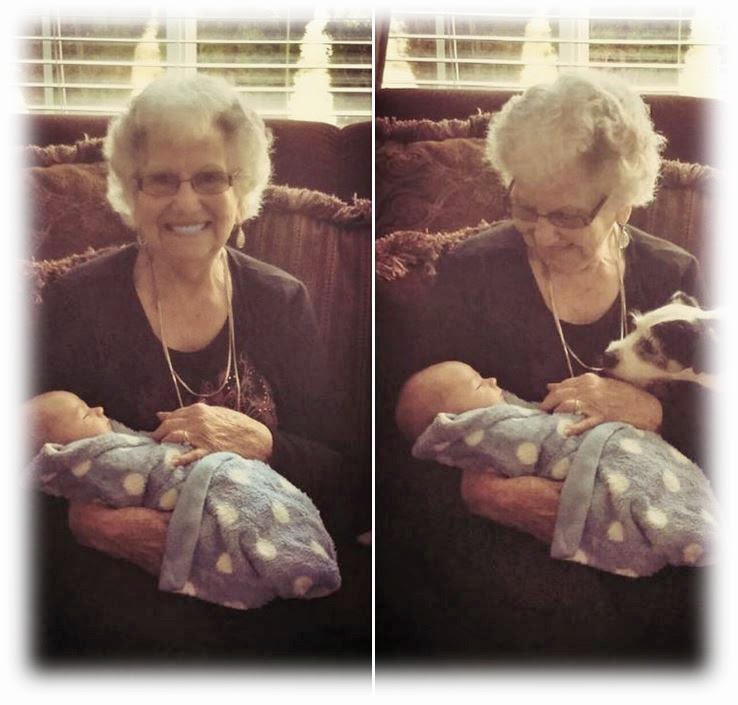 The Homesman. Cindy and I recently viewed the film "The Homesman," starring Tommy Lee Jones and Hillary Swank, which is about the difficulty of life on the American frontier. In particular it the story of 3 women who were simply unable to keep it together mentally as mothers and wives on the lonely, dusty plains of the Nebraska Territory. This is not a "feel good" movie. The ability of Tommy Lee Jones to dance a jig is somewhat amusing, and brought to mind a few times my Grandfather Shepard attempted a soft shoe routine in the style of turn of the century America. But in large part the film is starkly realistic. It is an eye opener in regard to the toll that was exacted on the mental health of families who participated in the westward movement to settle America. Interestingly the country churches that figure into the story receive positive treatment for the way they responded to the plight of women with mental health issues.

While watching it I was reminded of some of our ancestors' stories of incredible hardships as they made their way westward across the American continent. I could not help but think of my 4X Great Grandmother Lydia Williams (her lineage: Lydia Warford Williams / John Pouty Williams / Margaret Williams Spear / Callie Spear Davis / Bura Davis Shepard / Eugene Shepard / Steve Shepard). 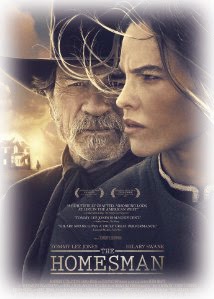 I have written about Lydia before in this blog. In 1813 when a young mother of 4 children (3, 5, 7 and 9 years old), her husband died, probably in the War of 1812 while they were living in a small town in Western Kentucky. Lydia sold their home and the 5 of them moved to the new state of Indiana where they settled. One can only imagine how difficult it was for the widow Lydia amidst the Indians, the wilderness, and the raw frontier they had to negotiate to make a life for themselves in the area around Spencer, Indiana.

While watching "The Homesman" I was also reminded of my Great Great Grandmother Peggy Shannon (her lineage: Peggy Gray Shannon / Samuel Pickens Shannon / Nola Shannon Gower / Maida Gower Shepard / Steve Shepard). I have also written before about Peggy and her husband David Shannon. They lived near New Orleans, Louisiana when husband David was called to serve in the Civil War in 1864. After not hearing a word about him for a year, she made inquiries and discovered that he had died 7 months earlier. Suddenly she was alone with 7 children (from 2 to 16 years old), far from any family, trying to make ends meet on a small country farm in rural Louisiana. Fortunately her brothers and father heard of her desperate plight and took her to live with them in Arkansas. We don't know the depth of the anguish and despair she must have felt, but we know that with help she survived. And her story is now a part of our family's historical drama.

These and other family stories came to my mind because of the film "The Homesman". Somehow amidst all the adversity, they survived and are part of the our rich family heritage. A reminder of the challenges they faced makes us appreciate more the lives we live and the debt of gratitude we owe those who have gone before.
- - -
Steve Shepard
Posted by Steve Shepard at 5:53 PM