Something Steady in a Confusing World, December 4, 2014

Family traditions counter alienation and confusion.
They help us define who we are;
they provide something steady, reliable
and safe in a confusing world.
~Susan Lieberman

Tomorrow, December 5, is the 24th birthday of my nephew Patrick Shepard who lives with his wife Nicole and son Logan in Bothell, Washington. Patrick is the son of my brother Darrell and his wife Mary Shepard. Pat is the Administrator of a Health Care facility in the Seattle area. 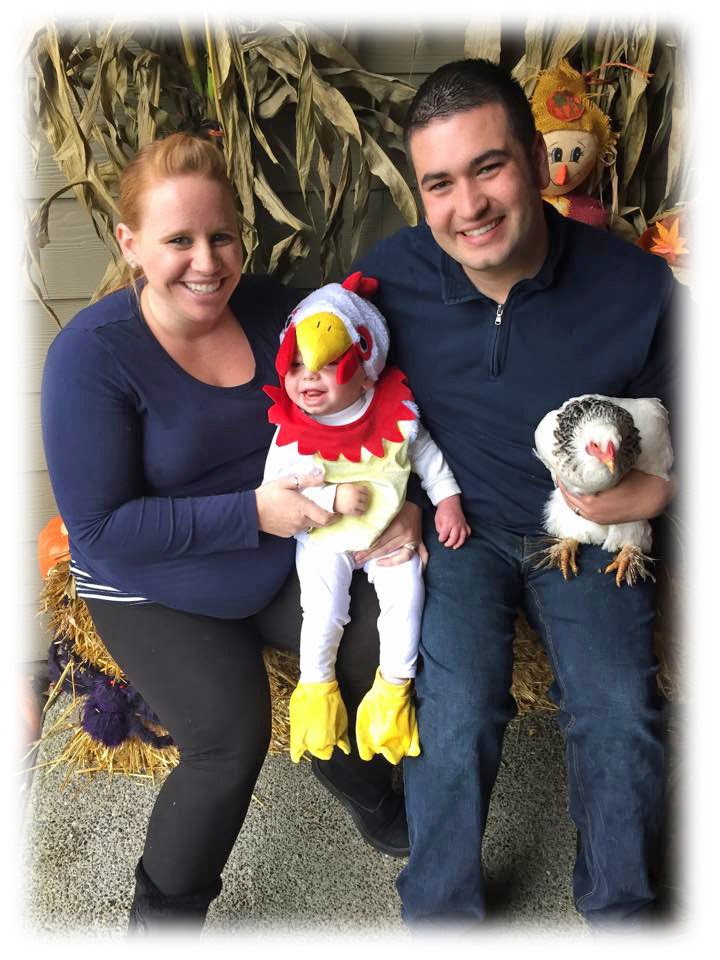 He and his wife Nicole are scheduled to welcome their second son into the world next Friday, December 12 at Evergreen Hospital in Kirkland, Washington. Their older son is Logan Joseph Shepard who was born in July of last year. Needless to say Pat and Nicole are staying very busy these days with Pat's full time job, a 16 month old son, and another son due in a matter of days. Happy Birthday and best wishes to Pat and his family!

The first picture, taken this fall, shows Pat with his wife Nicole and their son Logan in costume, as well as one of the family chickens.

Remembering Hank Gower. This coming Monday, December 8 is the anniversary of the birth of my uncle Hendrix "Hank" Gower, who was born in 1922 in Mountain View, Arkansas. He is the brother of my mother Maida Gower Shepard and her sister Vicki Gower Johnston. The second picture shows Hank (in the blue shirt), with his second wife Aurora. Also in this picture are his niece Heather Robson, his sister Vicki and his brother-in-law Gene Shepard. This picture was taken in Anacortes, Washington in 1990 on the top of Mount Erie, with picturesque Mount Baker in the background. 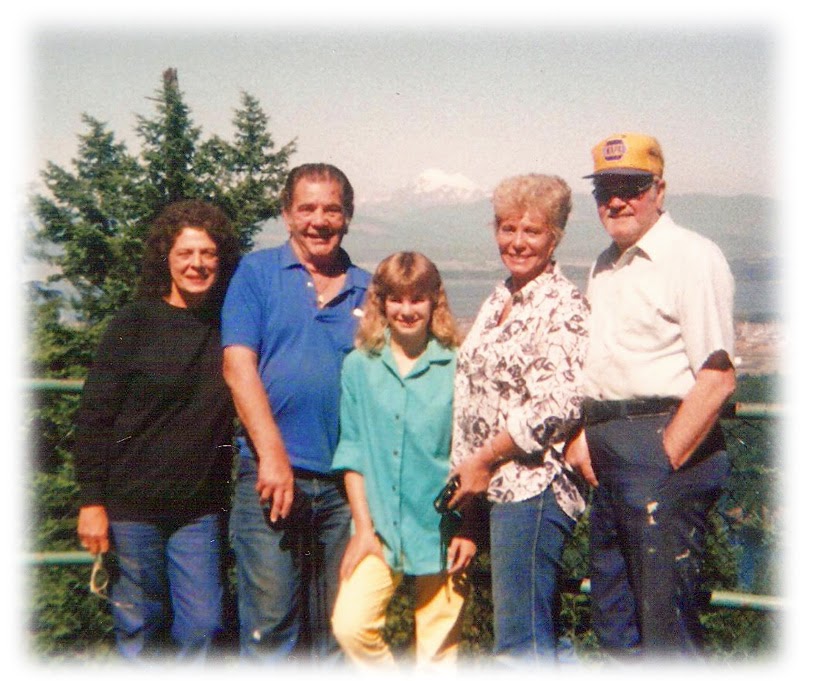 The first of the 3 children of Leroy and Nola Shannon Gower, Hank was a young man when he migrated from Oklahoma in 1942 with his family to San Diego which is where he lived the rest of his life and where he died 10 years ago. He was a young child when his parents moved in 1925 to Okemah, Oklahoma where he was raised and where he met and married Starlene Bass. Their two sons Hershell and Jimmie Gower were born after their move to San Diego during World War II.

He was an integral part of our family life in San Diego throughout the second half of the 20th century. Hank retired from Railway Express in San Diego, in addition to owning a card room on University Avenue. He and his second wife Aurora Agnibene lived for many years with his mother Nola Gower in San Diego caring for her in her later years. One of his life long interests was fishing, hence this next picture taken in 1964, showing him at a scenic fishing location, probably somewhere in San Diego area. 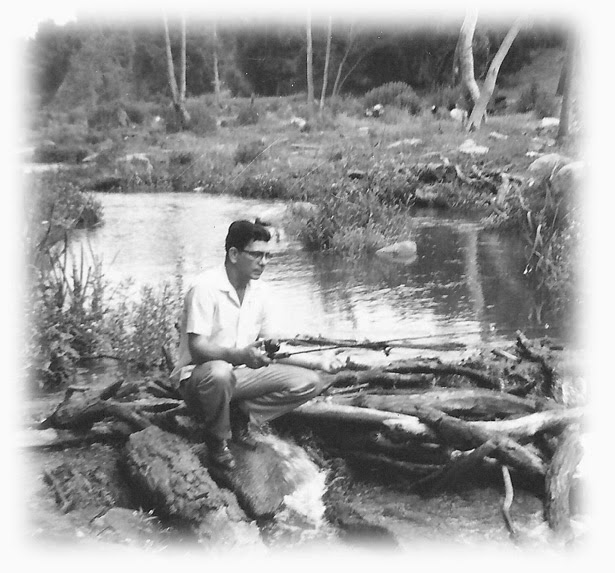 Most of Hank's descendants still live in the Southern California area today, including two of his grandsons Shaun and Lloyd Gower and their families. Hank's sons Hershell and Jimmie Gower are retired and live with their spouses in Arizona along the Colorado River. Hank is buried today alongside a number of other Shepard and Gower family members in Greenwood Cemetery in San Diego.

One of my not so pleasant but very important families memories regarding Hank took place 10 years ago. Cindy and I were visiting in Anacortes, Washington where Nola Gower lived at the time, when the family got the news that Hank had died suddenly in San Diego. I had the task of telling Grandma Gower -- 102 years old at time -- that her only son Hank (81 at the time) had passed away. Her response was quick but very thoughtful: "We all have that debt to pay."
- - -
Steve Shepard
Posted by Steve Shepard at 3:56 PM