Families are the compass that guides us,
the inspiration to reach great heights,
and our comfort when we occasionally falter.
~Brad Henry

A 150th Anniversary. On Sunday, January 15, 1865 in Owen County, Indiana, our ancestors William Spear and Margaret Frances Williams were married. Why in the world would anyone chose this particular day to get married? The middle of January is the coldest time of the year in Owen County, the average high and low temperatures being 34 and 15 degrees! 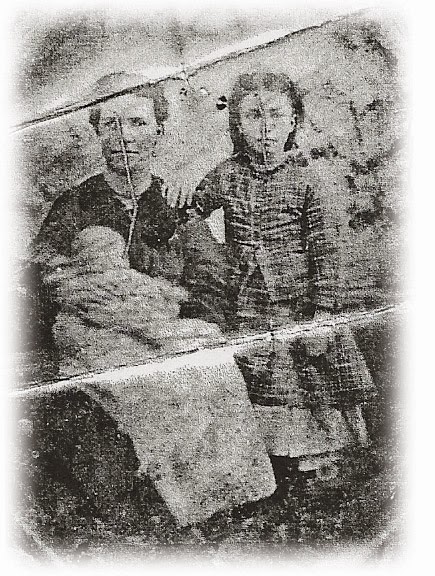 Bill's grandfather James Spear had immigrated to America from Armaugh, Ireland around the turn of the 19th century, being one of the most recent immigrants from Europe in our family tree. The Spear family settled in Ohio at first, then immigrated to Indiana in the mid 19th century. The Williams family also had recently immigrated to Owen County in the new state of Indiana, but they had come from nearby Kentucky.

We can only guess why the young couple Bill and Maggie simply could not wait for summer or even spring to get married. Recent years had been emotionally exhausting for them. Bill had married Caroline Spear (Maggie's older sister) in the spring of 1861, with a child, Isolena Belle, being born to them in the spring of 1862. A year later, 24 year old Caroline died, leaving an infant daughter, a devastated husband, and a brokenhearted family, including her sister Maggie.

The first picture (above) shows Margaret (Maggie) Frances Williams Spear with her stepdaughter Isolena Belle Spear (at 3 years old on the right) and Maggie's first child, the infant Caroline (Callie) Spear in her lap. Taken in 1865, this may be the oldest family picture I have ever seen. I found it in a Davis family history (Our Heritage Generations Past and Present) compiled in 1995 by Jerry Davis and Ronald Davis.

In January 1865 when Bill and Maggie were married, the Civil War was still in full swing. At its beginning many thought it would last but a few months with minimal deaths. But by 1865 it had stretched on interminably with hundreds of thousands of young deaths, many of them from Owen County. The numbers continued to climb and the heartbreak all across the country only grew. 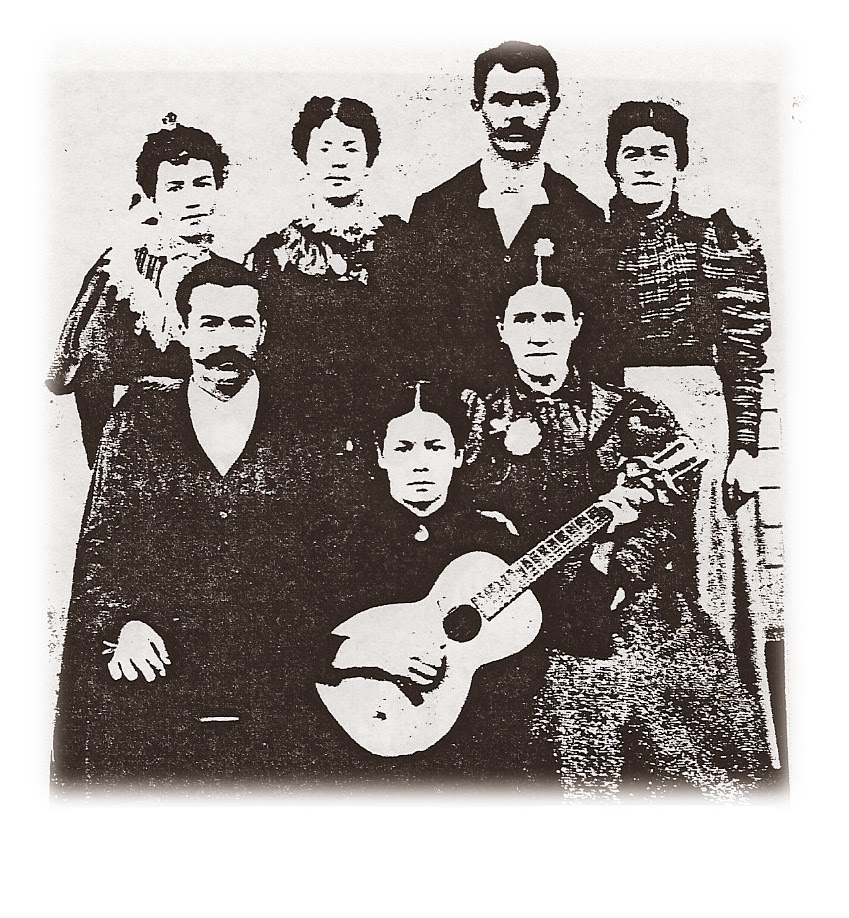 After burying his young wife Caroline, Bill found great solace in his sister-in-law Maggie Williams -- 13 years his junior. It was solace that turned to love. And sometime in the early winter of 1864-1865 they decided to marry and refused to wait till spring when "a young man's fancy lightly turns to thoughts of love" (Tennyson). So in mid-January, in the dead of winter, they were joined in holy matrimony.

A small church had recently been started by new residents of Owen County, the New Union Church of Christ. According to "The Churches of Christ in Owen County, Indiana" (by Rev. A.T DeGroot), Bill and Maggie and many other ancestors of ours were members of that church. It may have been in that little church on Rattlesnake Rd, northwest of Spencer that they were married.

Just as the marriage of Bill and Maggie in January, 1865 marked the beginning of better times for the Spear and Williams families, that same month marked the beginning of better times for our country with the end of the Civil War in sight. Bill and Maggie did not know it at the time but on the day they got married, January 15, 1865, Ft. Fisher, North Carolina, a major Confederate sea port, fell to Union troops, an effort supported by numerous Indiana soldiers. It was a major defeat for the Confederate cause, one more indication that the war would soon draw to an exhausting close. 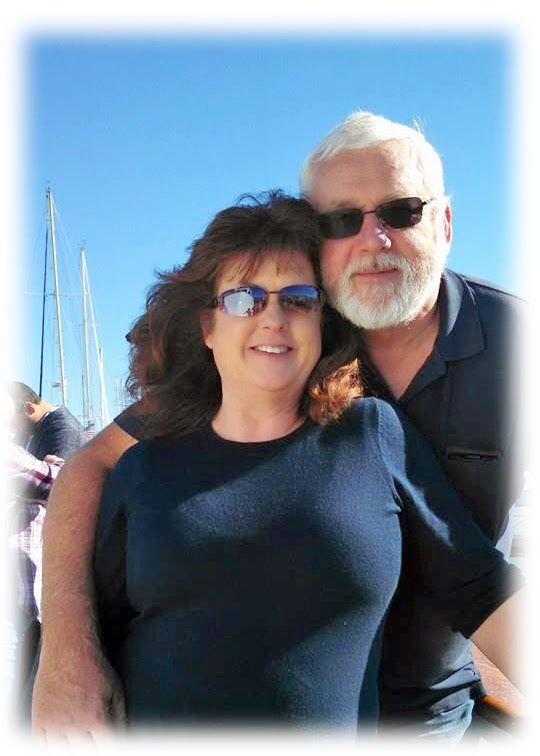 Bill and Maggie eventually had 8 children. The second picture (above) shows Maggie (middle right) with 6 of their children: Callie, Pearl, Clayton, Sarah, Morton, and Effie (with the guitar). On January 1, 1896 their oldest child, Callie Spear, would marry James Brooks Davis. The first of Callie and Jim's 7 children -- and one of Bill and Maggie's grandchildren -- was Bura Emerald Davis, my paternal grandmother.

It has been exactly a century and a half since Bill and Maggie married, an event that is still a cause for celebration. After all these years the power and the marvel of their love remains and the effect of their devotion to one another still moves us.

Congratulations to Kim and Jeff! One of Maggie and Bill's Great Great Granddaughters is Kim Boyd Ortiz-Clark who will celebrate a January wedding anniversary this Sunday. She and Jeff Clark of Blue Springs, Missouri, were married 8 years ago on January 18, 2007.

Kim: 8 years have gone by so fast. Jeff is thinking more about retirement. We are looking into getting a motor home. Oh dear, we must be getting old lol but it sounds like fun to me. We have our house on the market, so after it sells .......our life may change. This picture of the two of us was taken 2 weeks ago in San Diego.
- - -
Steve Shepard
Posted by Steve Shepard at 3:03 PM