There are words in the soul of a newborn baby,
wanting and waiting to be written.
~Toba Beta 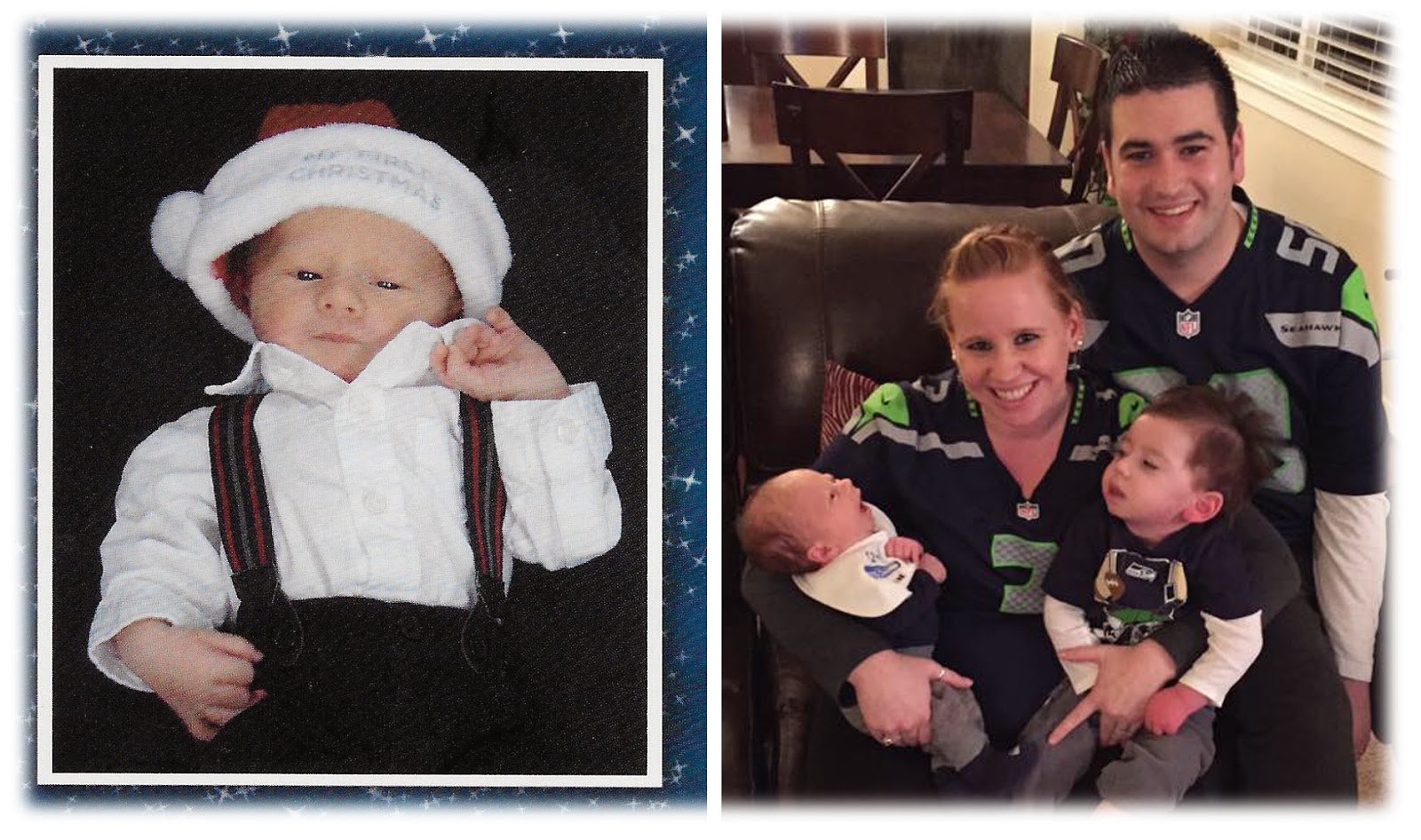 I received in the mail a recent picture of the newest baby in our family, Mason Shepard of Bothell, Washington. His parents sent me this latest picture so I feel compelled to include it in this post and share the joy with all of you. Mason was born just last month to my nephew Patrick and his wife Nicole Haw Shepard, but for a new born, a month is a long time! The first picture shows little Mason by himself on the left, and on the right with his parents Pat and Nicole, and his older brother (by 17 months) Logan Joseph Shepard. 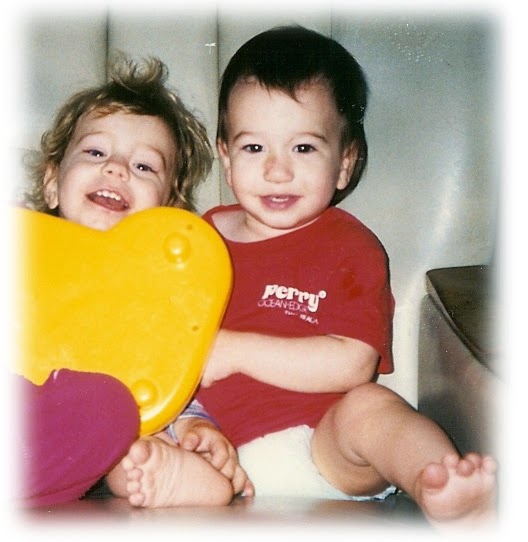 As an interesting comparison, I am also including a baby picture of Mason's father Patrick when he was a baby, some 24 years ago. This picture was taken in Anacortes, Washington, where Pat's grandparents lived and where he visited often. Also in this picture is Pat's cousin Steven on the left who, like Pat, was born in 1990.

Further it would be even more interesting to compare the previous two baby pictures to yet another baby picture, this one taken 61 years ago and shows Mason's grandfather Darrell Shepard. 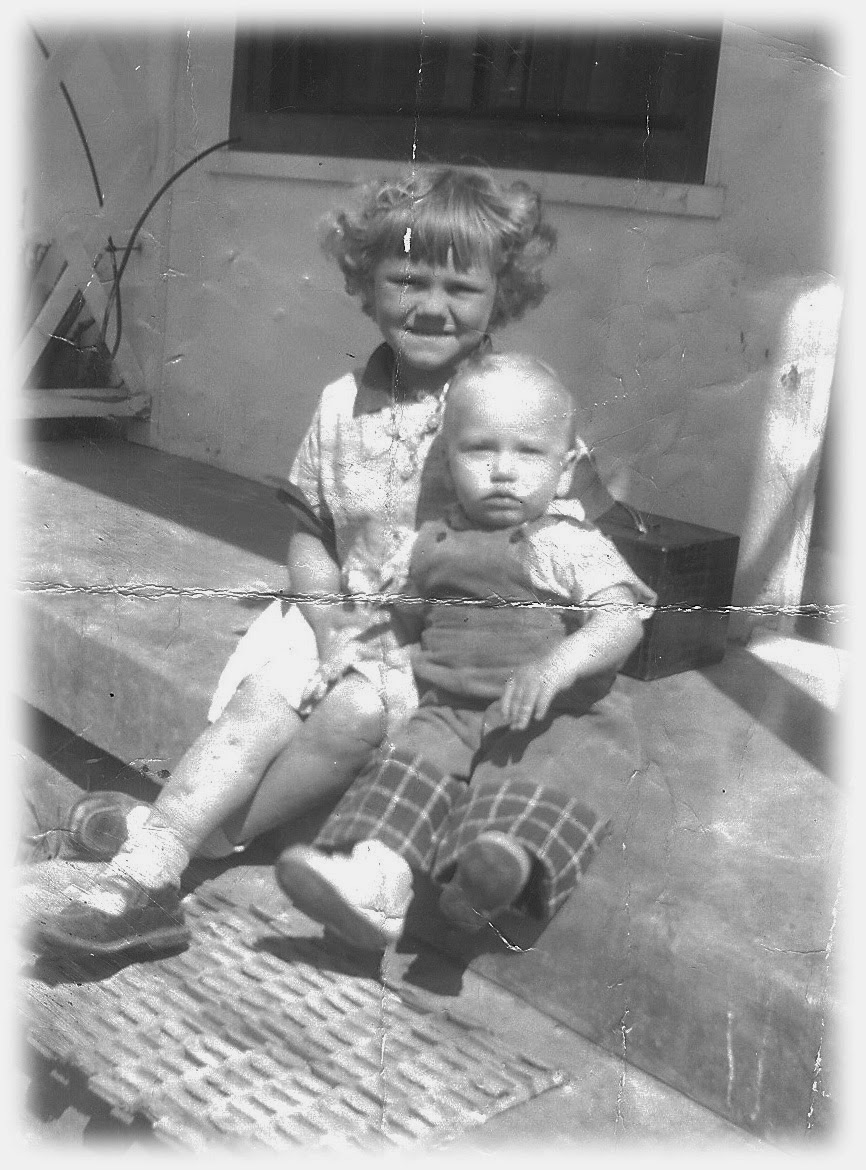 This picture also includes Darrell's older sister Linda Shepard (1950-1971) and was taken in San Diego, possibly on the steps of the home of Darrell's grandparents Leroy and Nola Shannon Gower, who resided on Arizona St. in San Diego. Darrell was the fourth child and Linda the third in the family of Eugene and Maida Shepard. 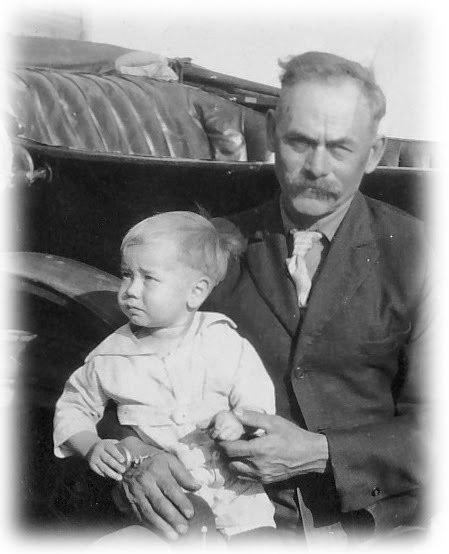 This picture was taken in 1922, probably in Beaver County, Oklahoma, where the Davis and Shepard families lived at the time.

So there you have it -- 5 generations of fathers and sons with one exception. Unfortunately I have no picture of Eugene's father William Shepard as a baby. These particular photos -- among all the tales these pictures contain -- tell of the migration of this part of our Shepard family from Oklahoma to San Diego to the Great Northwest -- Portland, Seattle and Anacortes.

But no matter how many changes take place in our culture, no matter how diverse the generations or varied the particular settings, some things remain the same. Parents and grandparents cherish their baby pictures, while they smile at the memories and the unique stories each one tells.
- - -
Steve Shepard
Posted by Steve Shepard at 3:25 PM