Having somewhere to go is home.
Having someone to love is family.
Having both is a blessing.
~Irish Proverb

Hello to everyone from Northern Ireland where Cindy and I are traveling today and for the next couple of weeks. We are presently in the city of Londonderry, a major port of Northern Ireland.

This first picture shows Cindy and me in front of The Gregory Bed and Breakfast in Belfast, Northern Ireland, where we stayed until this morning when we came to Londonderry. 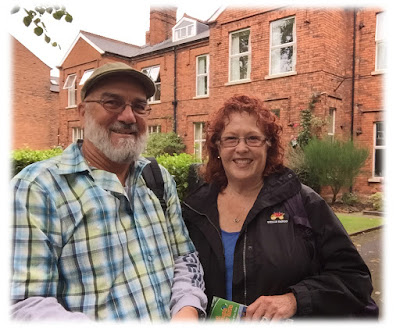 Between Londonderry and Belfast is the wee town of Antrim, where Cindy and I and our traveling companion Linda, spent Sunday afternoon just two days ago. Antrim was the ancestral home of William Gray who came to America as a young man in the late 1700s.

William Gray and his American wife Polly had a granddaughter named Peggy Gray who married David Reid Shannon and settled in Louisiana. Confederate Soldier David died in 1864 in the American Civil War leaving Peggy Gray Shannon with 7 children. One of those children was Samuel Pickens Shannon, who later would move to Stone County, Arkansas, marry Finetta Dearien and become the father of my grandmother Nola Shannon Gower. (How's that for 200+ years of family history in a nutshell?)

I thought about GGGG Grandpa William Gray as we walked the country roads around Antrim and strolled through the little town that has grown up a bit over the last 245 years since he was born there. I marvel at the courage it must have taken for him to leave his home, sail a small crowded ship across the dangerous Atlantic, and settle in a whole new world. His new homeland was a place of opportunity that we, his descendants all these years later, are privileged to call home. 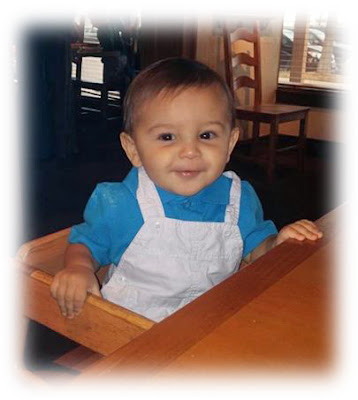 Two of the wee descendants of William and Polly Gray are birthday kids Karver Bearden and Tori Cotten. 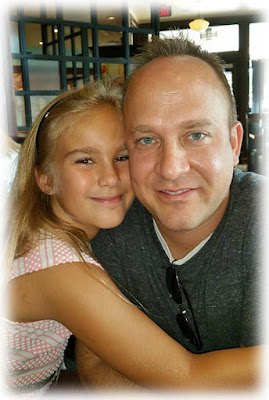 This second picture (above) which was taken recently, shows the happy birthday boy Karver.

This third picture shows Tori with her dad Sean in a picture taken very recently.

Happy Birthday and best wishes to both these Irish descended young'ns and their families on these special occasions!
- - -
Steve Shepard

Posted by Steve Shepard at 1:28 PM