The other night I ate at a real nice family restaurant.
Every table had an argument going.
~George Carlin

Happy Birthday Vicki Johnston! Today is the birthday of my aunt Vicki Gower Johnston of Oak Harbor, Washington. Born in Okemah, Oklahoma, in 1933, Vicki was raised in Oklahoma and then San Diego, which is where her family moved in 1942. Vicki and her sister Maida Gower Shepard are the senior members of the family of the late Leroy and Nola Shannon Gower. 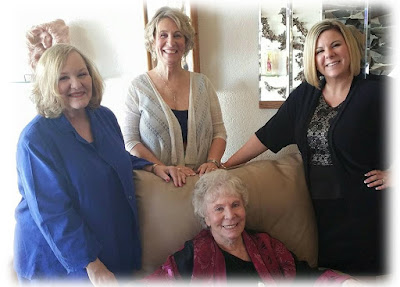 The first picture shows my aunt Vicki (seated) with her daughters Gloria and Paula, and Vicki's granddaughter Heather. This picture was taken this past July at Vicki's home in Oak Harbor, Washington.

Vicki's husband Duke Johnston passed away this past summer, so Vicki is still adjusting to life without Duke at their home on Whidbey Island as she struggles with aging issues. She has 4 children Paula Tuzzolino, Gloria Watson, Michael Harrell and David Harrell. 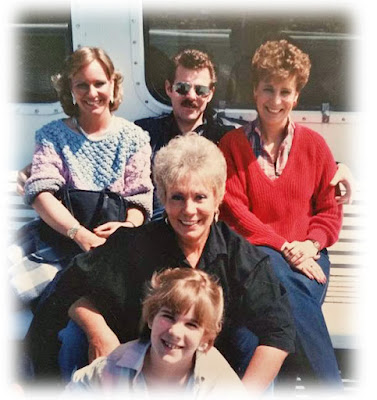 Since this blog is just as concerned with history as it is with the present I'd like to include another picture of my aunt Vicki. This second picture was taken nearly 30 years ago and also shows Vicki (in the middle) with her daughters Gloria and Paula, with Paula's husband at the time Bruce Robson. At the bottom is Paula and Bruce's daughter Heather Robson Cotten.

Happy Birthday, Korilyn Boyd! Today is the 18th birthday of Korilyn Boyd. She is the 20th of the 21 Great Grandchildren of William and Bura Davis Shepard. She lives across the bay from San Diego in the town of Coronado with her family, including her father Darren Boyd. Her grandmother is Thelma Shepard Boyd of Blue Springs, Missouri. 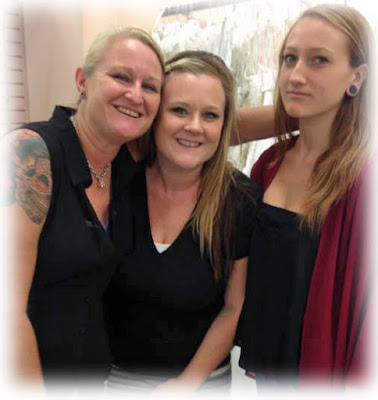 This third picture, taken earlier this month, shows Kori (on the right) with her mother Vicki and her sister Courtney. Originally from Santee, Kori is a student at Coronado High School. The birthday present she is most proud of is a tatoo on her forearm that she received today as a gift from her mom. Happy Birthday and best wishes to Kori!

Posted by Steve Shepard at 6:52 PM