There is a saying in Tibetan,
'Tragedy should be utilized
as a source of strength.'
~Dalai Lama XIV

Happy Birthday Paula. Today is the birthday of my cousin Paula Harrell Tuzzolino of Sun Lakes, Arizona. Born and raised in San Diego, Paula lived most of her growing up years in Southern California. She has one daughter, Heather Robson Cotten, and two Granddaughters, Tori and Lexi, who live in Austin, Texas. Paula is one of the 12 Grandchildren of Leroy and Nola Shannon Gower. 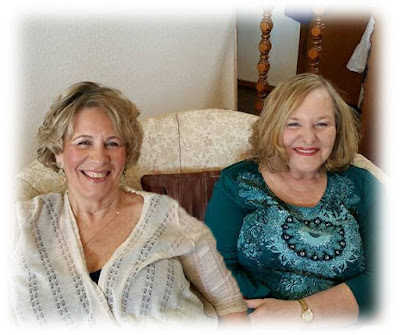 For many years Paula lived in Oak Harbor, Washington where she met and married Frank Tuzzolino. She and Frank spend most of their time these days in Sun Lakes, Arizona, outside Phoenix, although they still go back and forth to Oak Harbor. Last summer Paula's step dad Duke Johnston passed away in Washington, and as a result Paula's mom Vicki Gower Johnston moved to the Phoenix area to be near Paula.

This first picture was taken last summer when the family gathered in Oak Harbor for Duke's funeral. In this picture are Paula, on the left, and her sister Gloria Watson of Knoxville, Tennessee on the right. 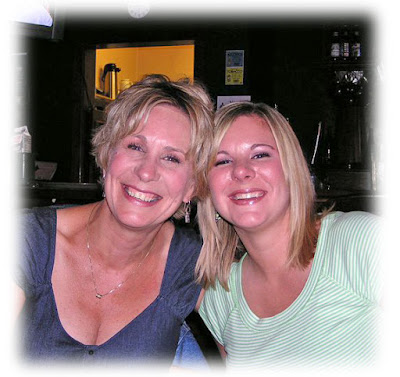 The second picture was taken in Oak Harbor some years ago and shows Paula on the left with her daughter Heather Cotten.

Remembering Phil Wilk. Tomorrow is the 81st anniversary of the birth of Phillip Wilk, the husband of my cousin Beverly Russell, and the father and grandfather of Shannon and Emma Wilk of Atchison, Kansas. Phil passed away in 2007 in his hometown of Leavenworth, Kansas.

When Phil and Bev were married, back in the 1960s and 1970s, it was a time when most of our Shepard and Russell family members lived in San Diego and were a close knit clan. When Beverly tragically died in 1974 of a brain aneurysm at just 34 years old, she left Phil with two young children, Karl (5 years old) and Shannon (17 months old). It was obviously a very difficult time for Phil and his children, as well as for our whole family, but Phil accepted well the task of fatherhood and is remembered today for his commitment and dedication to his family. 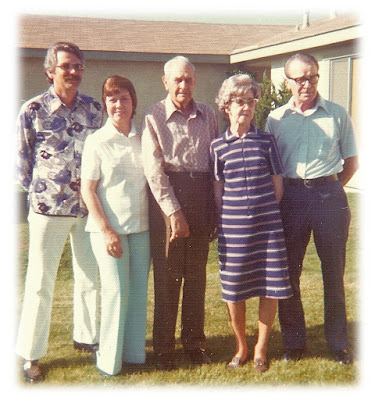 This third picture shows Phil on the left, next to his mother-in-law Pauline Shepard Russell. Next to them are William and Bura Shepard, with Phil's father-in-law Bill Russell on the far right. This family picture was taken in 1975 just a year after Bev died.

This story is one more reminder that tragedy strikes every family. How a family responds to it determines the quality of the family life. We can be grateful for family members in our past, like those pictured here, and their strength of character.
- - -
Steve Shepard
Posted by Steve Shepard at 7:30 AM