Oh, what a tangled web we weave...
~Walter Scott 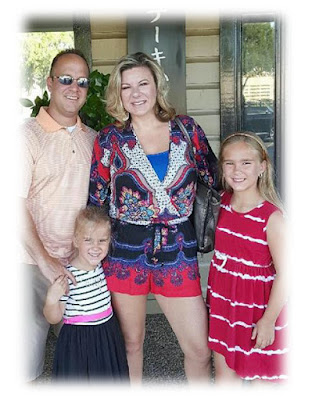 Heather and husband Sean Cotten and their two daughters live in Austin, Texas. This first picture shows Heather with her family as they celebrated a family birthday last month.

Heather said this on Facebook yesterday: My last day in my 30's and although it seems unfathomable that I'm turning 40, it has been a great decade! I was blessed with two beautiful children, graduated from college, started my career and flourished with an amazing company, celebrated many anniversaries with my amazing husband, took several vacations with my life long friends, grown closer to God, I'm in the best shape of my life and so much more! Bring it on 40's! I can't wait to see what milestones, adventures and blessings the next decade will bring!

Happy Birthday and best wishes to Heather and her family.

Happy Birthday Jeremy Ortiz. Friday, August 12, is the birthday of Jeremy Ortiz, son of Kim Boyd Clark and grandson of Thelma Shepard Boyd. He is one of the 21 Great Grandchildren of William and Bura Davis Shepard. 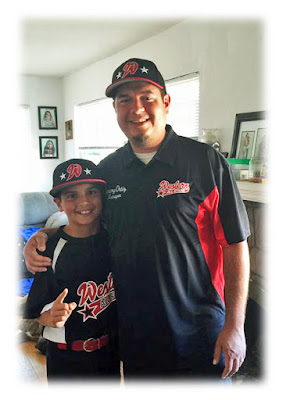 Birthday greetings to Jeremy and best wishes to him and his family!

A Tangled Web. Why do the the two birthday people this week find themselves in this post of The Shepard's Crook? They probably don't know each other, they live several states apart, and were even born in different parts of the country.

It's all about the Grandmothers.

Heather and Jeremy are Grandchildren of two of the senior members of our family: Vicki Gower Johnston of Chandler, Arizona and Thelma Shepard Boyd of Blue Springs, Missouri.

Here's the untangling of the web: 71 years ago Melva Gower (now Vicki Johnston) and Thelma Shepard (last name now Boyd) were grade-school children who lived not far from each other in San Diego. 8 year old Thelma lived with her family on Albatross Street in the Hillcrest section of the city and was in 3rd grade. 11 year old Melva (Vicki) lived not far away on Arizona Street in North Park and was in 5th grade at Garfield Elementary.

The two girls did not know each other until the spring of 1945 when Vicki's big sister, 20 year old Maida Gower, married Thelma's big brother, Navy-man Eugene Shepard. It was on a Thursday afternoon in late May, in a small intimate house wedding behind the El Cajon Blvd Church of Christ, that the Shepards and Gowers were forever united when Maida Gower and Eugene Shepard said their vows. 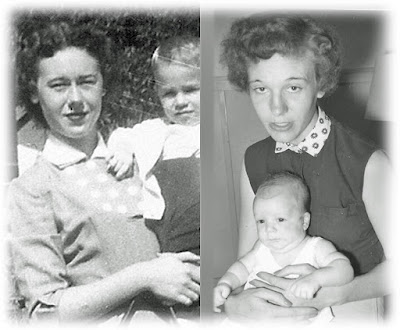 The girls Vicki and Thelma were probably in school when the wedding occurred, or they would have gladly attended. In the months and years following the wedding they must have had opportunities to meet during family gatherings or other events. Over the past 71 years both women have grown their own families and flourished in their own ways. Indeed four generations of descendants have been born, among whom are Heather and Jeremy.

The third composite image shows Thelma on the left in 1953 with her nephew Dane Shepard, and Vicki on the right in 1955 with her son Michael.

I am pleased to claim Vicki and Thelma as aunts of mine, women who today are among the oldest members of the Gowers and the Shepards. They are both proud progenitors of large families, who are each represented well by Heather and by Jeremy, the two whose birthdays we celebrate.

Eugene Shepard (1921-2003). I am also thinking this week about my father Eugene Shepard, the late brother of the the aforementioned Thelma Shepard Boyd. My dad passed away 13 years ago this past Monday in Anacortes, Washington at 82 years old.
- - -
Steve Shepard
Posted by Steve Shepard at 1:58 PM