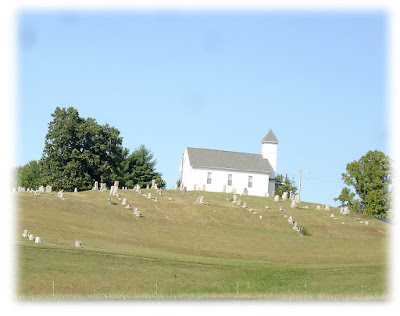 There is still much to be learned about the history of this Church and Cemetery which is tucked away in the rural hills of Eastern Ohio. But if nothing else this is one more indication that our family's deep Ohio roots -- in this case our Spear roots of 200 years ago -- are connected to the religious tradition with which many of us are affiliated.
- - -
Steve Shepard
Posted by Steve Shepard at 11:19 AM