Life is what you make it.
Always has been,
always will be.
~ Eleanor Roosevelt

Greetings to all of you from soggy San Diego. Winter has finally hit us hard with a rainstorm that has given us a good soaking this week. This kind of thing happens so seldom I would find it something of a novelty, were it not for those who are suffering hardship from the flooding.

My Mother's Mother's Mother; my Father's Father's Father. One of the more interesting stories I have discovered in researching our family's history concerns my mother's mother's mother, a woman by the name of Finetta Clementine Dearien. One of the most interesting things about her story is how similar it is to the life story of William Elmer Shepard, my father's father's father.

When you think about it just a bit you realize that one's father's father's father is all the way across the family tree from one's mother's mother's mother. (Are you keeping up with me here?) But in this particular instance Finetta and William had a lot in common, even though their family paths did not cross until two generations down the road. Finetta and William were born within months of each other, during the American Civil War, a time of widespread death, anguish and lawlessness. They were both mid-Americans -- one an Indianan, the other an Arkansan. And both were born under heartbreaking circumstances.

I have shared before about the life of William Elmer Shepard, and will share some more about him next week, just before the occasion of his birthday. Today I would like to share with you about Finetta. 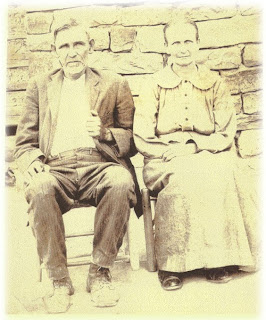 O My Darlin'. Finetta Clementine Dearien was born in the late winter of 1861 in Mountain View, Arkansas. Her unfortunate mother was a school girl named Roena Norton, whose stepfather David Dearien had molested her, resulting in the birth of Finetta. During Roena's pregnancy, he kept his stepdaughter from public view, refusing even to let her attend school. To make matters worse, after Finetta was born, out of shame he caused her mother Roena to disappear. One version of the family story is that he got her hopelessly lost in one of the caves near Mountain View, where she perished. Another version is that he simply took her away in a horse drawn wagon to some unknown fate. In either case, after she had given birth to Finetta, Roena was never seen or heard from again by any of her family. Another family story has it that the stepfather never admitted to fathering Finetta until on his death bed in 1900. By that time Finetta was 39 years old, married, and had borne 8 children of her own.

Finetta was raised by her loving but surely heartbroken grandmother Elizabeth Mitchell Dearien, and lived her entire life in and around the small town of Mountain View. Finetta actually made a decent life for herself, marrying a fine man named Samuel Pickens Shannon. (See first picture from about 1920 showing Samuel and Finetta.) Together they had a total of 9 children, the youngest being Nola Shannon Gower, my mother's mother (who we laid to rest in San Diego, just over 5 years ago at age 103).

And the Two Shall Become One. During World War II, just about the time Finetta was celebrating her 80th birthday, one of her granddaughters, Maida Gower, met Eugene Shepard here in San Diego. And with that relationship, and ensuing marriage, the connection was made between the family lines of my mother's mother's mother and my father's father's father. 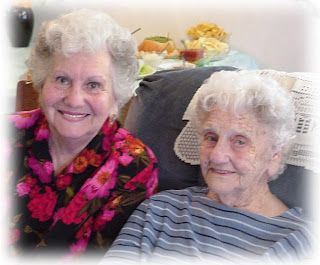 Finetta died in 1960, three months short of her 100th birthday, and is buried in Timbo, Arkansas. This past summer my mother Maida went to visit her grandmother Finetta's grave outside Mountain View. She rests in an isolated graveyard which is difficult to access. In an interesting twist of fate, her grave is kept out of public view most of the time, just like Finetta's ill-fated young mother so many years ago.

Finetta's origins are unfortunate to be sure, the full facts of which will probably never be known. Truth be told, however, this was probably not the first time in our family a child was born under such dubious circumstances. For certain it was not the last. But surely her story is worth telling for more than the sordid events surrounding her birth. What do you make of it?

She causes me to ponder how pervasive domestic violence has been and continues to be in many families. How critical it is for us to create family relationships of love and mutual respect, rather than self interest and intimidation. But more than anything, Finetta is a poignant reminder that the best life is not the one that is given to us, but the life we make for ourselves.
- - -
Steve

Posted by Steve Shepard at 2:19 AM