Greetings to all of you from San Francisco, California where the 2010 World Series will begin in a couple of days. Cindy and I find ourselves here on this last Monday of October, enjoying our granddaughter Preslea and her parents. 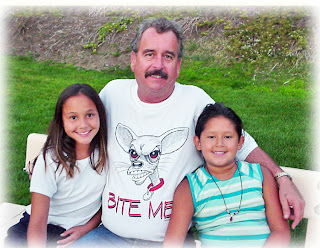 Happy 18th Birthday Mandi Aquiningoc! Tomorrow is the birthday of Mandi Aquiningoc of Weatherford, Texas. Mandi, who will turn 18, graduated from High School just this past spring. Mandi is one of the GGgrandchildren of both Will and Bura Shepard, and Leroy and Nola Gower.

Mandi said this to me recently: "Hi Uncle Steve. I'm so excited for my birthday coming up. :) I've been doing good but I could be better. I've been trying to find a job but haven't had any luck yet. :/ I can finally vote and I'm so excited. I wanted to vote last year so bad but I wasn't old enough. No matter what, Tuesday will be special to me. :) I don't have any exciting plans, just a get together with some of the family. :) Love and miss you!" 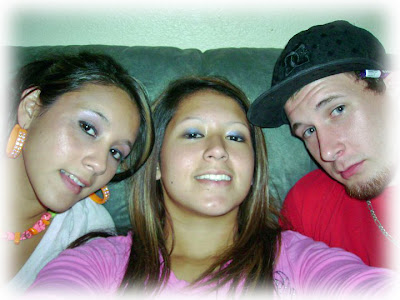 Here Comes Halloween. Last year just about this time, Nathan and Chenda were in San Diego visiting us. It was just a few days before Halloween. While driving around the city we happened upon a fellow on Midway Drive in a Gorilla costume. He was shaking a sign advertising a costume store.

It was a pretty crazy sight, and caught Chenda's attention. Having been in America just a few months, it was her first experience of Halloween. "What the hell is that?!" she blurted out incredulously, worried that something serious was going on. We tried to explain. She was still mystified. "If that happened in Cambodia, people would throw rocks on his head!"

Not a bad idea, actually. Who says third world countries can't teach us a thing or two?

Next Family Reunion? In my last post I brought up the subject of a possible family reunion next summer. I mentioned that our last reunion in Anacortes, Washington was in 1997. I was only 11 years off! As many of you know, we had a Shepard Family Reunion in 2008 in Anacortes. Then last year, 2009 in Newcastle, Oklahoma we had our most recent Family Reunion. Now that we have that straight... When should we have our next reunion? One suggestion has been that we gather in 2011 (next summer) in Anacortes once again. Other thoughts?
- - -
Steve
Posted by Steve Shepard at 12:40 PM