By the time a man realizes that maybe his father was right,
he usually has a son who thinks he's wrong.
~Charles Wadsworth

Happy Father's Day to all the dads among us, and to each of us as we honor fathers and grandfathers who have meant so much to us throughout our lives. 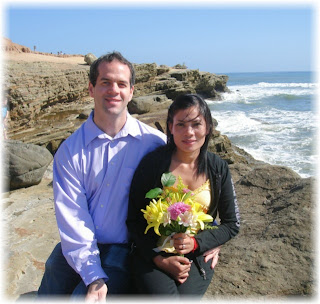 Happy Anniversary! Tuesday is not just the first day of summer. It is also the second wedding anniversary of our son and daughter-in-law Nathan and Chenda Shepard. Their wedding two years ago on Father's Day was a beautiful, private ceremony on a magnificent bluff overlooking the Pacific Ocean. The white surf provided the background music as it swept gently into the Point Loma tide pools twenty feet below us. Only later did we realize it was actually something of a "rogue wedding". To be official, we were suppose to have made a reservation and paid a fee to use the spot, but in our blissful ignorance the knot was tied nonetheless. Congratulations to Nathan and Chenda!

Nathan, not coincidentally, is also the father among us with the youngest child, his son Logan Shepard who was born just last month. Click here for a photo presentation showing Nathan, Logan, Preslea and other fathers and children of our larger family. 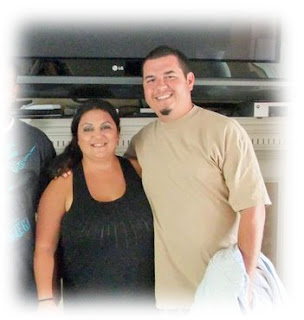 Speaking of June anniversaries, congratulations to Desiree and Jeremy Ortiz (see picture) who celebrated 9 years of marriage on June 1. Jeremy is the older son of Kim Clark of Blue Springs, Missouri where Jeremy, Desiree and their 3 children now live.

This coming Thursday is the 23rd anniversary of Vicki and Darren Boyd of Lakeside, California. Congratulations to them! It is a big week for Vicki with her birthday coming on Wednesday.
- - -
Steve
Posted by Steve Shepard at 9:07 AM