Every one is a quotation from all their ancestors.
~Ralph Waldo Emerson

Greetings to all of you wherever you may be. Happy Anniversary today to my brother Gary and his wife Cindy Dillon Shepard of Oak Harbor Washington, who were married in 1979 at our home in Los Alamitos, California. 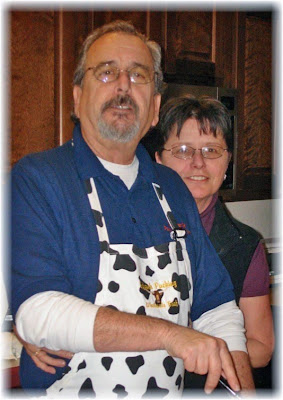 Gary: "It sure doesn't seem like its been 32 years already. I can remember that day in your backyard when 2 year old Nathan was running around with a camera case pretending to take pictures. We all have been through a lot since then, both good and unpleasant, but that's what makes us strong.

"We will be spending our anniversary at the lake. We will spend the whole week there. It's calling for rain for most of the week. Oh well, that's why we live here in the Evergreen State.

"The family reunion will be fun. We are setting up 'The BBQ Joint' to cater it. They have good food. Looking forward to seeing everyone there. Would be nice if people from far away could come. Congrats on another grand baby. Don't they know what's causing that? LOL. Oh well, may they have as many as they want. That's a blessing from uncle Gary." 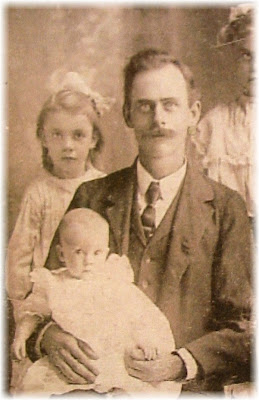 Best wishes to Gary and Cindy for a great anniversary. Select this link for all the details of the Aug 13 Family Reunion. If you are planning to attend please notify one of the Shepards in Anacortes, so plans can be made.

James Brooks Davis. On this day in 1870, my Ggrandfather James Brooks Davis was born in Spencer, Indiana. The second picture shows James, who, at 33 years old, was already the father of the 7 children he had with wife Callie Spear Davis. This picture is from early 1908. Their youngest child, Marjorie, is in his lap. Their daughter Winona is on the left.

Will and Bura's Anniversary. Another anniversary on this day belongs to Bura Davis and William Shepard. Bura, the firstborn of James and Callie, married William in 1915 in Beaver County, Oklahoma on this, her father's birthday. The third picture (below) shows Will and Bura celebrating their 60th wedding anniversary, June 2, 1975 in San Diego. 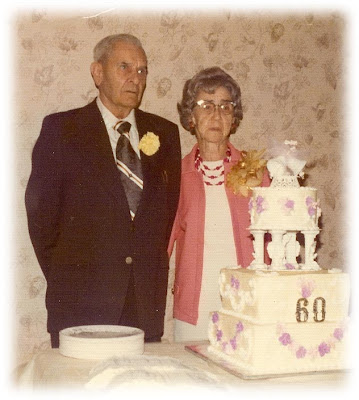 The aforementioned ancestors -- James Brooks Davis, Callie Spear Davis, their daughter Bura and their other 6 children -- were all born in Indiana, which is where many of our Shepard, Davis, Williams and Spear kinfolk lived through much of the 19th century. Many of them migrated to Oklahoma in the early 20th century and then some of them moved on to California later in the 20th century.

A Genealogical Journey. Cindy and I plan to visit Indiana next month to learn more about our Davis and Shepard ancestors. I have some intriguing leads on information about the family of my GGgrandfather, Civil War soldier William Shepard. Up to this point I have known almost nothing about his wife or parents or other relatives, other than his son William Elmer Shepard. I am excited about the possibilities of discovering our Shepard roots in the early 19th century.

On our trip we plan to visit some Civil War battlefields where William Shepard fought, one of which may have been where he was injured, leading to his death in 1862. We will then visit his grave in Evansville, Indiana. We will also make our way to the area around Spencer, Indiana where many of our ancestors were born. This is also the area where many of them are buried, as you might expect, in various cemeteries around Owen County. I look forward to sharing in this blog the results of our genealogical trip.
- - -
Steve
Posted by Steve Shepard at 11:17 AM