Today is not only National Grandparents Day, it is also my 64th birthday. In light of the fact that this is also the State of California's 162nd birthday, I don't feel quite so old. When I count the years since I first heard the Beatles sing the song with the lyrics above, I feel pretty old. 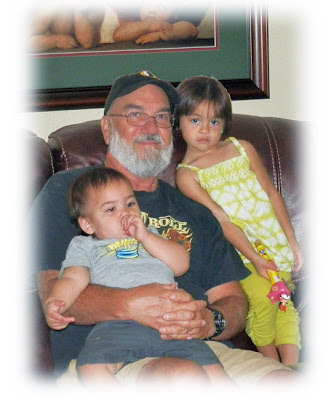 All of which means that the saying is true that my grandad William Shepard expressed so many times - "You're only as old as you feel." When I remember that he said that when he was 80 years old and still climbing Rattlesnake Mountain from their home on Osage Trail near San Diego, I feel pretty young!

To put it in perspective another way... if it took this long to have all our beautiful grandchildren, then it has been worthwhile. No doubt about it. Speaking of Grandchildren, this past week has been a time for us to enjoy our kids and grandkids in San Diego. The first picture, taken just the other day, shows me with two of our grandchildren, Logan and Preslea Shepard.

Happy Birthday Kelly! This Wednesday, September 12, is the birthday of Kelly Shepard Sauvage of Weatherford, Texas. She is considerably LESS than 64, make no mistake about that.

30 something Kelly is the daughter of Jackie Perry and my brother Gary Shepard. She is curiously the 6th Ggrandchild of both Leroy and Nola Gower, and Will and Bura Shepard. 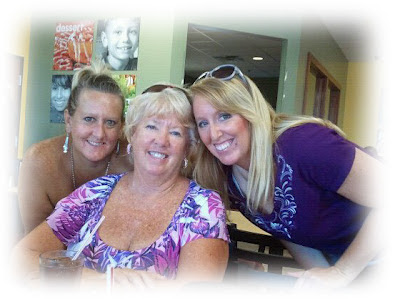 The second picture, taken earlier this summer, shows Kelly (on the right) with her mother Jackie (middle) and her sister Kerri Shepard Aquiningoc.

Kelly: Hi Uncle Steve! Yes another birthday is quickly approaching. We are all doing good here. I'm staying busy with work and my boys. It seems like every night we have something going on. I don't have any big plans for my Birthday. We are going to my mom's house this weekend for swimming and family time. On my actual birthday we'll probably just go out to dinner. Thanks for thinking of me! I hope you have a great Birthday too!

Kelly was born and raised, and even married husband James, in San Diego, but has been a Texan now for over 10 years, although I sometimes get the impression she is not quite so ensconced there as the rest of her family. Kelly and James are the parents of two boys, Nate and Kyle.
- - -
Steve

Posted by Steve Shepard at 1:54 AM