People will not look forward to posterity
who never look backward to their ancestors.
~Edmund Burke

Halloween Pictures Anyone? I am putting together a Halloween photo presentation and would welcome any pictures you might have of family members -- young or old -- in costume. Send them to me and I will include them in the presentation that I will share with you later in the month. The first picture of Kaylan and Nathan Shepard is just one of those that will be included in the photo presentation. (Thanks to their father Dane Shepard for this picture.) 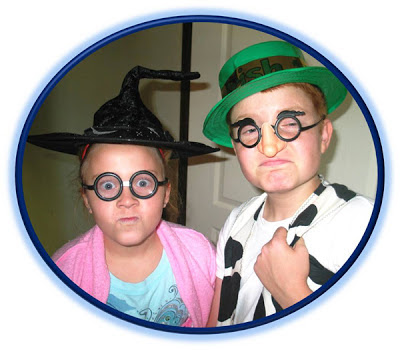 The Shepard's Crook on Facebook. The news was stunning last week that Facebook now has over 1 billion active users around the world. Despite the fact that there are still hold outs among us who refuse to share in this social media, as a communications tool it is alluring to most of us.

As a matter of fact, for more and more of us, Facebook (for good or for bad) is a primary way of keeping in touch with friends and family. Some even find Facebook preferable to basic email. In view of all this I have established a Facebook account for The Shepard's Crook, as one more way of staying connected. (The second photo is the cover picture for The Shepard's Crook on Facebook. It shows my grandfather William Shepard in 1932, and my grandson William Quincy Shepard in 2012.) 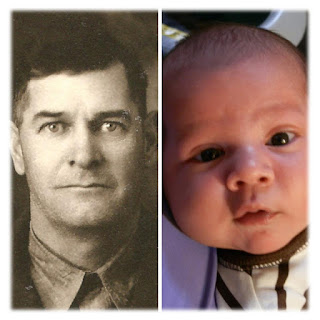 What all this means is that when you are on Facebook you can "friend" The Shepard's Crook and in that way get updates regarding recent blog posts, notices about our family, and you can see family pictures and comments that will be posted there (and post your own). It will be one more way of staying in touch with those around the country to whom you are related.

Evertalk: Your Digital Afterlife. Part of the impetus for all this was an email I received recently from my cousin Mike Harrell of Mountain View, California (son of Vicki Gower Johnston). He told me about a special feature of Facebook that might be of interest to those of us focused on family. It is called Evertalk, and is designed to enable people like you and me to create a "digital afterlife." Evertalk says that people can "Pick-up where the Facebook timeline ends and celebrate the lives of friends, heroes, and family members" when they pass away. If that sounds intriguing, visit this website and find out more about Evertalk. I have not yet downloaded the free app and started using Evertalk, so stay tuned for more about this in weeks to come. If any of you try this out -- or have already tried it -- please let me know what you think.

Speaking of Mike Harrell, the third picture is a real historic gem and shows Mike with his father Carl Harrell (1931-2002). It was taken in 1955 in Tokyo, Japan, where Mike and his brother David were born and where Carl was stationed at the time. This is an example of a memorable family picture -- perhaps way TOO memorable as far as Mike is concerned! -- which is now viewable via Facebook and will be available to the "friends" of "The Shepard's Crook" for generations to come.
- - -
Steve
Posted by Steve Shepard at 11:26 AM