Our history begins before we are born.
We represent the hereditary influences of our race,
and our ancestors virtually live in us.
~James Nasmyth

Happy Birthday today to Hershell Gower. Originally from San Diego, Hershell and his wife Shelly have lived for several years now in Bullhead City, Arizona. Hershell is the oldest of my 12 Gower cousins, and the first of the grandchildren of Leroy and Nola Shannon Gower. 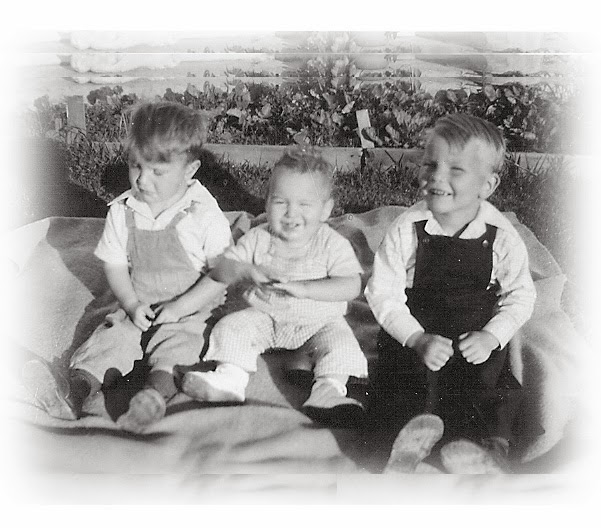 Hershell was born in the early 1940s, not long after the Shepards and the Gowers had moved from Colorado and Oklahoma to San Diego. He was the first in either of those families to be born in California. Today Hershell is mostly retired and enjoying life along the Colorado River. He tells me in an email that he, Shelly and the dogs are doing fine.

The first picture, taken in 1946, shows Hershell on the right at three years old, with his brother Jim on the left and his cousin Gary Shepard in the middle. These were the only grandchildren of Leroy and Nola Gower at the time. 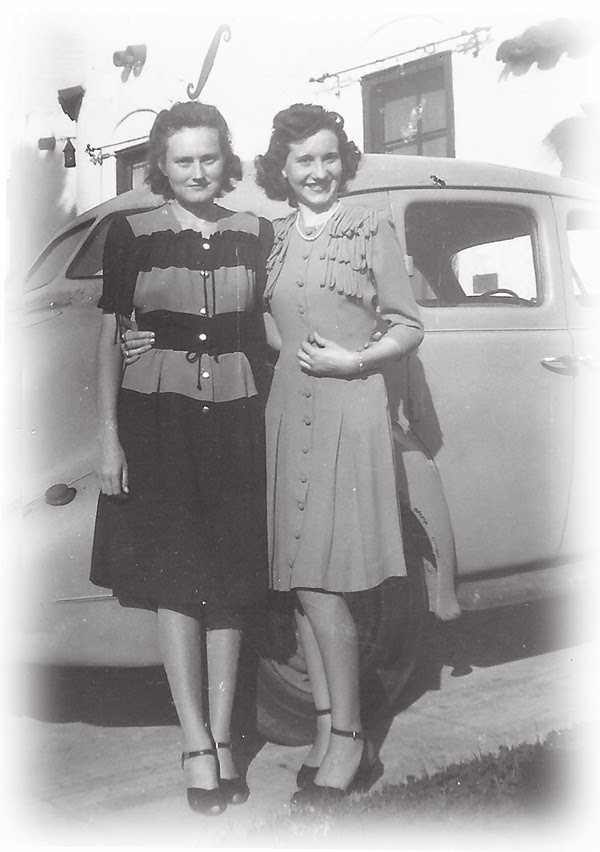 The second picture, taken in San Diego about 1943, shows Hershell's mother Starlene Bass Gower on the left standing next to my mom Maida Gower, dressed in their Sunday finest.

A Wonderful Era. The early 1940s, when Hershell was born, was a very unique time in the life of both the Shepard and Gower families who had just moved to California. World War II was in full swing, these two Okie families were getting new jobs, marrying off their children, adjusting to life in a big West Coast city, and finding themselves a part of the population boom that resulted in the Baby Boomer generation.

To our great advantage today, it was also time when these families were taking lots of family pictures -- all in black and white, of course. They took pictures while cavorting at the beach, while relaxing at neighborhood parks, while visting in nearby Tijuana. (See the third picture of my dad Eugene Shepard at about 21 years old, with a friend named Johnnie Coronado, at Mission Beach about 1942.) They took pictures of new homes and new cars, new loves and new babies, pregnant women, military men, and proud grandparents. All these pictures indicate a family happy with itself and pleased with its new life in exciting California. 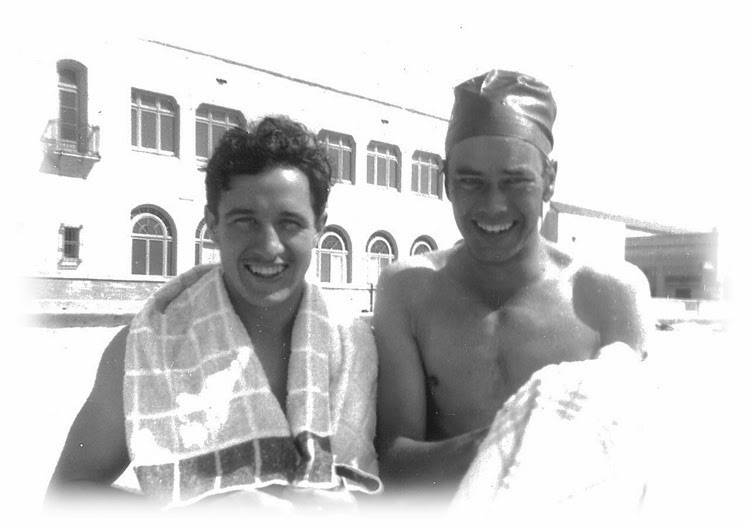 It was the beginning of a wonderful era in the life of our families. For the next 30+ years both families and almost all their children and grandchildren lived in San Diego, got together often, and enjoyed themselves as part of the post-war generation with it's economic prosperity and population growth. Later in the 20th century things changed and many family members either died or moved away. Today only a few of our Gower and Shepard descendants live in San Diego. But for a full generation or more our people lived in close proximity while our family life was strong and happy and full of vitality. 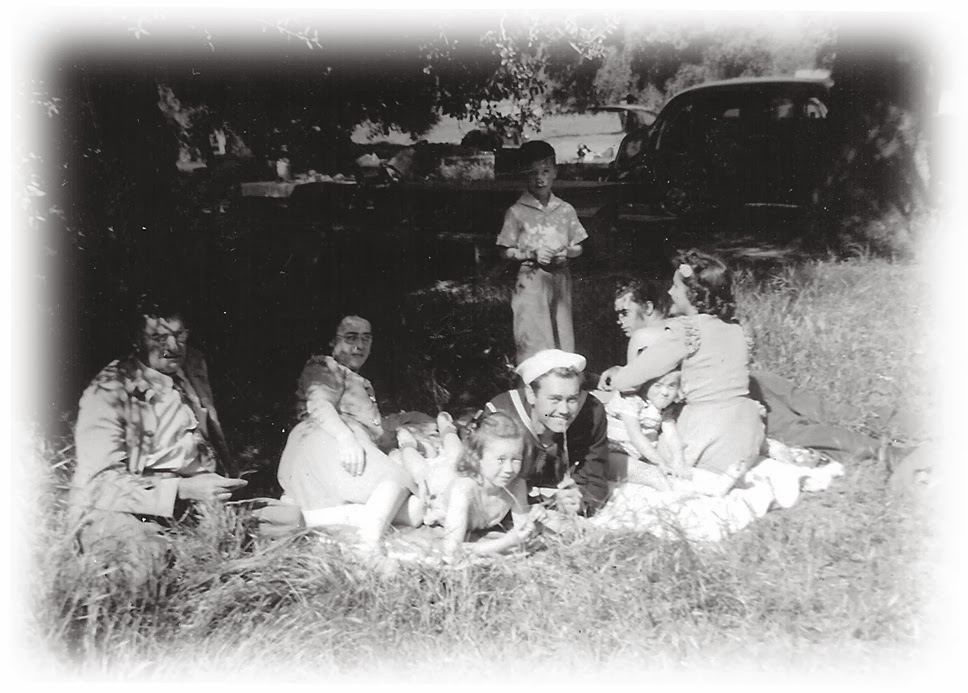 The final picture, also taken in San Diego in the early 1940s, shows Will and Bura Shepard on the left at a local park (Balboa Park?) with several members of their family: Thelma, Eugene (in uniform), Elmer and the only 2 Shepard grandchildren at the time, Rex and Beverly Russell. The woman on the right with her back to the camera may have been Eloise, a family friend.
- - -
Steve Shepard
Posted by Steve Shepard at 11:47 AM