The first half of our lives
is ruined by our parents,
the second half by our children.
~Clarence Darrow

Happy Ground Hog Day! And Happy Birthday to my sister-in-law Cindy Dillon Shepard. A long time resident of San Diego, she has lived for the last 11 years in Oak Harbor, Washington with her husband, my brother Gary Shepard. Today is a milestone birthday for Cindy and we wish her the very best. Welcome to the delightful world of sexagenarians!

The first picture shows Cindy with her daughter Michele McGauran and her husband Gary on the left. This picture was taken in San Diego in 1992 at a family reunion. 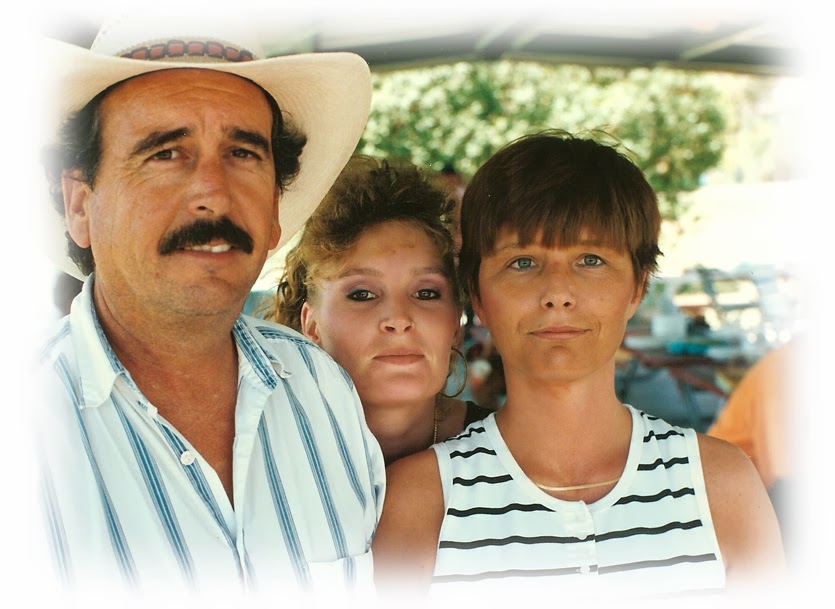 As a young man William Elmer made his way to Madison County, Illinois where he met the woman who would become his wife, Elvira Owens. With two children in tow, including a teenage son William Shepard (who would later become my grandfather) William Elmer and Elvira moved in 1905 to the Oklahoma panhandle where they lived the rest of their lives. They are both buried in Sophia Cemetery in Beaver County, Oklahoma. He died in 1915; she in 1931. 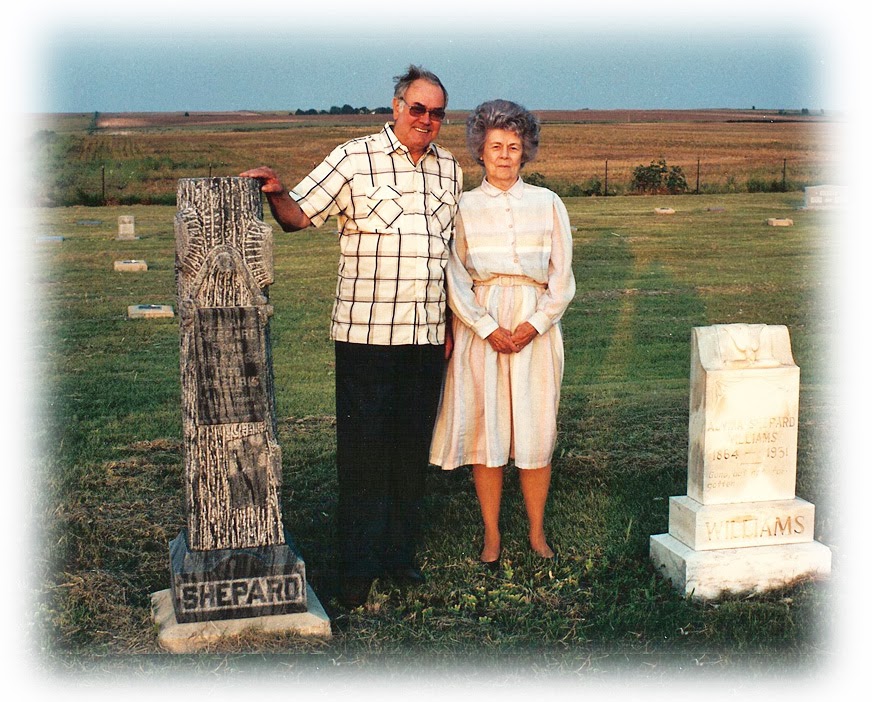 The second picture shows my father Eugene William Shepard (1921-2003) with his hand on the headstone of his grandfather William Elmer Shepard. The marker on the right is the grave of William Elmer's wife Elvira Owens Shepard, who is buried with her second husband Cal Williams. Also in this picture is my dad's aunt, Esther Davis Jenkins (1905-1997). This picture was taken when dad and I made a trip from California to Oklahoma to visit family in the summer of 1989.

William Elmer's headstone is interesting for a couple of reasons. This type of marker, which looks like a section of a tree trunk, was not uncommon. Without branches, it suggests a life cut short, which may have been its meaning here, since William Elmer died at just 53 years old. It may also indicate that William was member of Woodmen of the World, a fraternal organization whose members, until the late 1920s, regularly were buried with this style headstone.

It was not the least expensive marker the family could have placed here, suggesting that William Elmer was a man of some means when he died. He preceeded his wife Elvira in death by 16 years, and left her a handsome, though modest inheritance. When she died, there was a family squabble over who would inherit the estate, a case of some notoriety which eventually was heard by the Oklahoma Supreme Court before being settled. You can read about it here.
- - -
Steve Shepard
Posted by Steve Shepard at 7:58 PM