The purpose of memory
is not simply to preserve the past,
it is to protect the future.
~Barack Obama

69 years ago this coming Saturday -- on May 24, 1945 -- my parents, Maida Gower and Eugene Shepard, were married here in San Diego. Their union brought together in marriage the Gowers and the Shepards for the first time and has resulted in a clan that today includes at least 36 people and is growing. (At least 2 more births in this clan are expected this year!) It was the first California wedding for a member of either the Gowers or the Shepards. 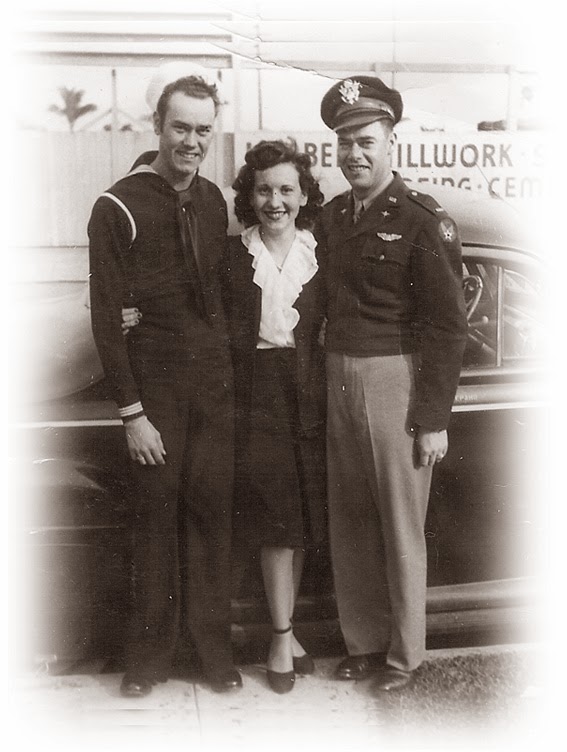 Few pictures exist of Gene and Maida from the time of their wedding, and none of the wedding itself. The two I am including shows them about 1945, the first one includes Gene's brother Elmer Shepard on the right.

He was in the Navy at the time and stationed at Los Alamitos Naval Air Station in Orange County. She was just a couple years out of High School when she and Gene were married at the El Cajon Blvd Church of Christ during the final stages of World War II. They were married on a Thursday evening in a quiet, private ceremony at the home of the minister who lived behind the church. Whatever time they had to honeymoon was squeezed into the few days of leave that Gene had from his Navy assignment 100 miles up the highway. 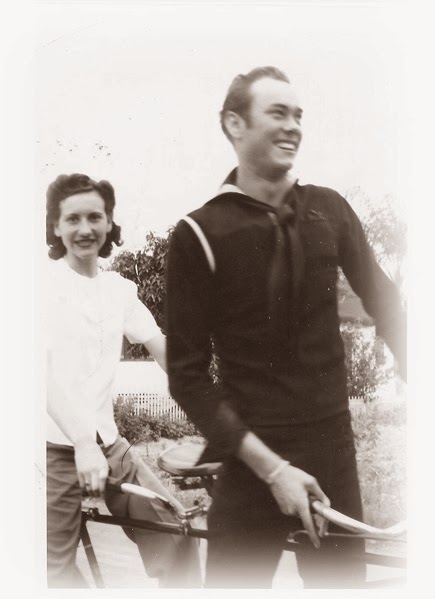 He put lots of miles on his new '41 Ford going back and forth from San Diego to Los Alamitos, as he and Maida dated. His commute continued for several months even after they married. Those were the days of the scenic and slow Pacific Coast Highway that went through all the coast towns, long before the wide and spacious Interstate 5 that today carries probably 10 times the amount of traffic along that same popular corridor.

In the first year after their wedding, the war ended, Gene moved to San Diego full-time, they had their first child Gary (#1 of 6), his civilian career at the Naval Supply Depot began, and they set up their first home together in San Diego. It was an amazing time of new beginnings not only for our nation and our world, but for this new family. Many years have passed since that informal wartime wedding in the preacher's home, but it remains a seminal event that many of us look back on with interest, gratitude and deep appreciation.

Happy Birthday, Jason! Yesterday was the 42nd birthday of my nephew Jason Shepard of Fort Worth, Texas. Born in San Diego to my brother Gary and his first wife Jackie Enderle, Jason is the first Grandson of Gene and Maida Shepard. 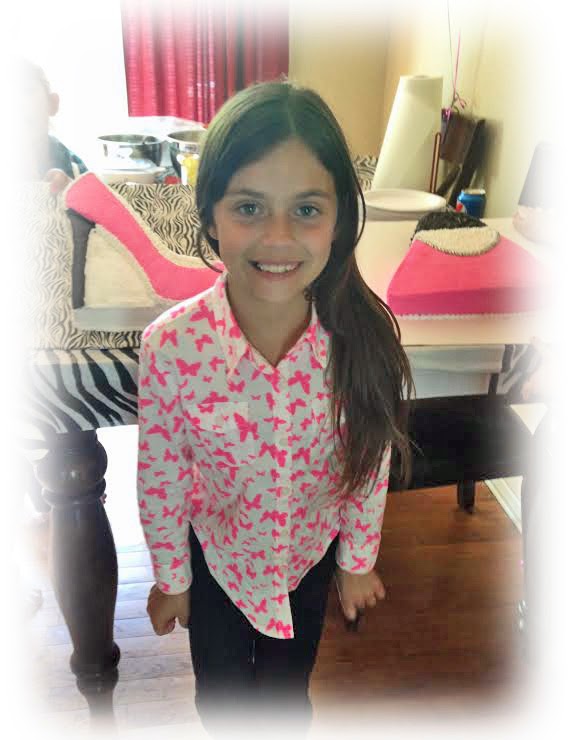 Happy Birthday, Ashlyn! Today is the birthday of Ashlyn Ortiz of Blue Springs, Missouri, one of the Great Great Grandchildren of William and Bura Davis Shepard. Ashlyn is the daughter of Jeremy and Desiree Ortiz.

Desiree: "Here is a picture of Ashlyn at her birthday party with her cakes. She is celebrating her 9th birthday with a sleep over at our home. We have 9 girls sleeping over! I guess 9 is the magic number, lol. Ashlyn has really grown to be such a sweet loving little girl and makes everyday a happy day for everyone around her. We are so proud of the young girl she has become."
- - -
Steve Shepard
Posted by Steve Shepard at 1:06 PM