The heart of a father
is the masterpiece of nature.
~Antoine François Prévost

Happy Anniversary to Chenda and Nathan Shepard on their 5th wedding anniversary tomorrow. They were married at the Point Loma tide pools here in San Diego on the day of the Summer Solstice in 2009. The last 5 years have brought lots of changes to them and their family: Chenda has made great strides in adjusting to life in America, 3 children have been born to them, Nate has changed jobs within the company he works for, and they have moved to San Diego from the San Francisco Bay Area. 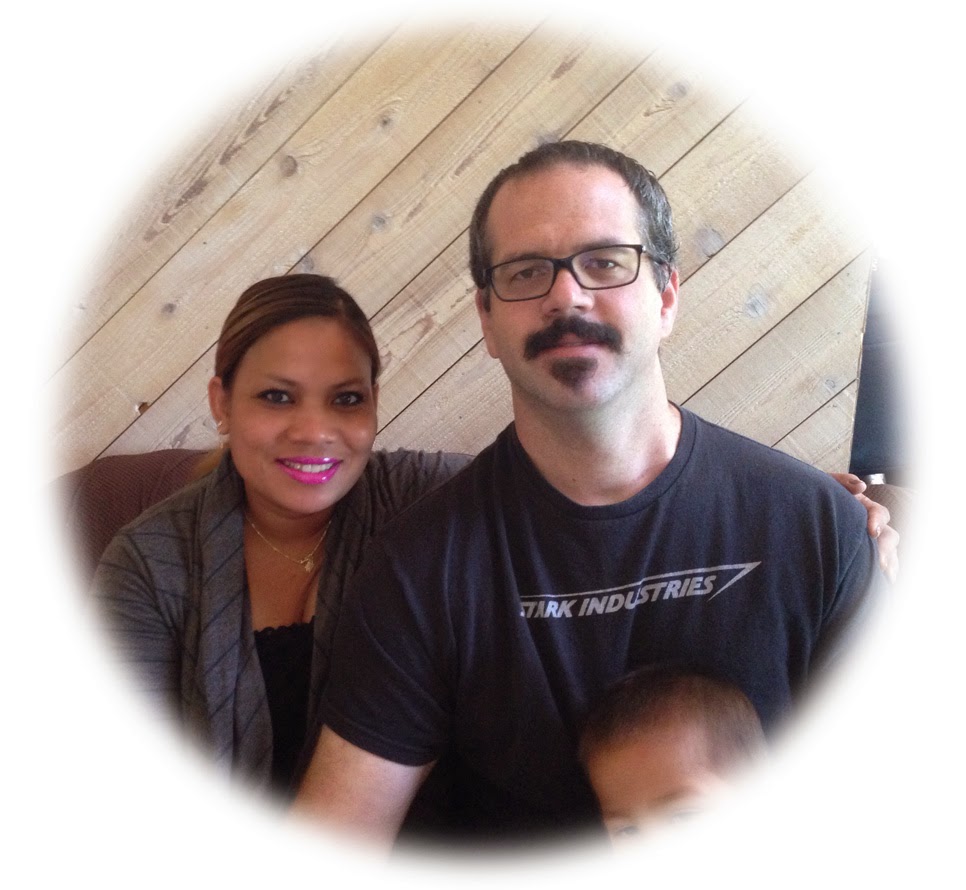 Last month in celebration of Mother's Day I mentioned several "remarkable Mothers" who can be found in the branches of our family tree. It is only fair that I reciprocate in regard to Fathers. So in the next few weeks I will bring to your attention several outstanding Fathers and share a little of their life stories.

An Outstanding Father. One of the most incredible stories concerns the father of the aforementioned Chenda Sou Shepard, our daughter-in-law, and one of the newer members of our family. His name is Sou Penh, and he is the other grandfather, the Cambodian grandfather, of Chenda and Nathan's children. He is in his late 60s and lives today in Kampong Speu, Cambodia, Chenda's home village, which is about an hour's drive from the capital city of Phnom Penh. He is not in good health, but considering the life he has lived and the family struggles he has endured, it is no wonder.

Sou Penh was a young adult when the notorious Khmer Rouge came to power in Cambodia in the 1970s, and suffered greatly, along with the entire population, during their rule. Social engineering was their aim which led to forced relocations, torture, murder and genocide. Over 2 million Cambodians died during their reign of terror. It was the subject of the 1984 award winning motion picture The Killing Fields. Even though Chenda was born at the very end of the reign of the Khmer Rouge, her father's life and the life of his family was very difficult.

Penh had been a general in the Army of the Cambodian king, which meant that when the Khmer Rouge came to power, he was a wanted man and feared for his life. As a result, his first wife (Chenda's mother) disappeared when Chenda was but 10 months old and was never seen or heard from again. This single father took his family, changed their name, and was on the run from the authorities for a period of time. All this occurred with a badly damaged foot that never healed properly and makes walking difficult even today. His second wife, with whom he has several children, was the result of an arranged marriage by the government. 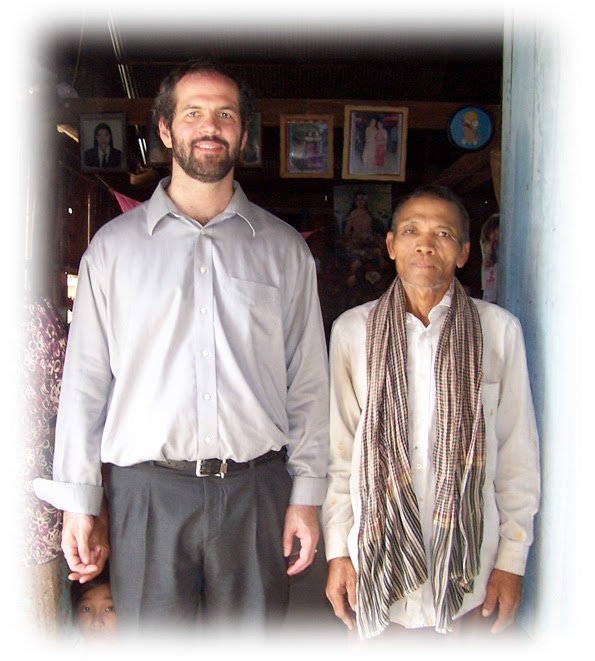 Chenda's father kept the family together as best he could and saw his 6 children reach adulthood, albeit with emotional and physical scars that will never fully heal. This father's amazing story is filled with sadness, injury and tragedy, but also survival. He and much of his family live today in relative stability in what remains one of the poorest and most impoverished countries in the world.

The second picture, which shows Nathan with Chenda's father, was taken at the family home in Kampong Speu, Cambodia in the spring of 2009 just a few weeks before Chenda came to America. Chenda has not seen her father in the 5 years since she arrived here in California. The reports she receives from home indicate that he had what appears to have been a serious stroke a year or two ago. (The language difference makes understanding his precise medical condition difficult.) We cannot help but appreciate this truly remarkable father and marvel at his strength and fortitude.

Although he and I are separated by thousands of miles, to say nothing of the language and cultural differences, we are both grandfathers of the same 3 wonderful grandchildren. I will ever be grateful to this outstanding father and all he has done for his own family.
- - -
Steve Shepard

Posted by Steve Shepard at 2:34 PM