Some family trees have beautiful leaves,
while others just a bunch of nuts.
Remember, it is the nuts
that make the tree worth shaking.

My grandfather William Shepard was the child of a woman from Illinois by the name of Elvira Owens. I do not write about our Owen heritage as much as other family lines in this blog. Nevertheless Elvira's family is an important part of our family history and worthy of celebrating. She is on my radar screen today because next Wednesday marks the wedding anniversary of her parents Payton and Mary Owens.

My GG Grandparents Payton Owens and Mary Wheeler were married June 11, 1846 in rural Washington County, Illinois, about 50 miles Southeast of St. Louis, Missouri. Payton, born in 1826 in Davidson County, Tennessee came to Western Illinois with his family as a child. Mary Wheeler was born in 1825 in Wood River, Illinois, just across the river from St. Louis, and lived her entire life in Western Illinois. She was 20 and he was just 19 when they were married in the town of Nashville, the Washington, Illinois County Seat, in the late spring of 1846. 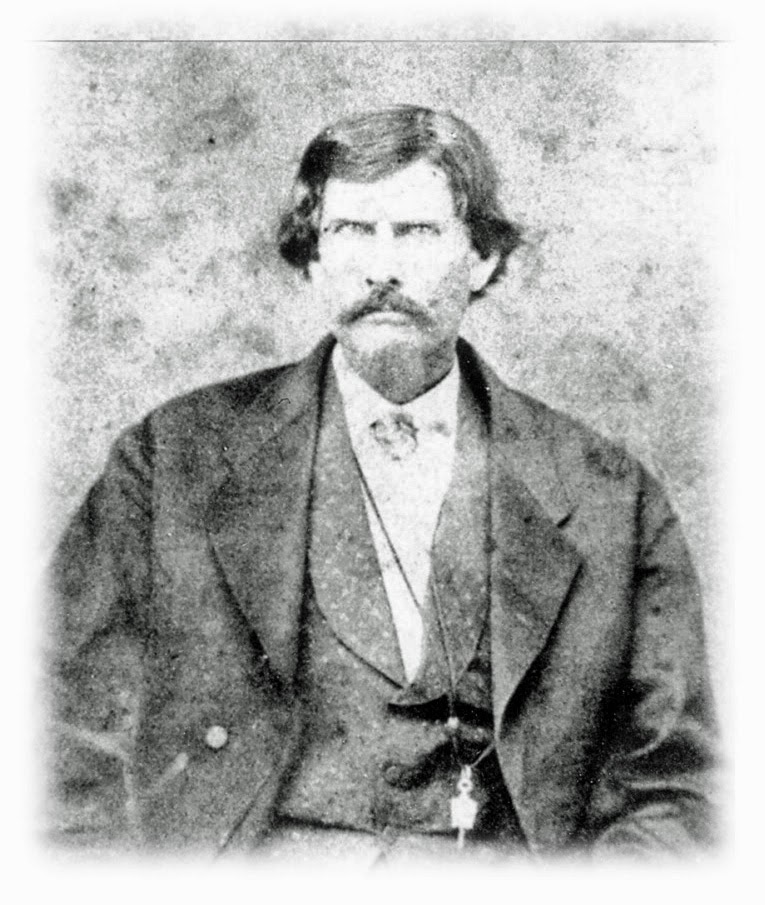 By the time the Civil War started 15 years later in April, 1861, Mary and Payton had 6 children. Records show that he did not register for the Civil War draft until the summer of 1863. At that time he was 36 years old, he and Mary owned and farmed hundreds of acres of land, and they had a large family, all of which demanded their attention. I have found no record that Payton ever served in the military. After the Civil War, Mary and Payton had 3 more children, one of whom was Elvira Owens.

The first picture shows Payton Owens, probably about 1860. I have shared this picture with you before when I was under the impression it was a picture of Payton's father Edmond Owens. But on the back of the original photo it states that it is Payton Owens.

In the 1880s when Elvira's family had moved to Madison County, Illinois, she met a wanderer who had come over from Indiana by the name of William Elmer Shepard. They eventually married and started their own family. In 1906, they moved away from Illinois in 1906 to Beaver County, Oklahoma with their children William and Sadie, and a whole new chapter of our family history began. Some of our Owens kinfolk still live in Western Illinois, a place that continues to be significant in our family history. 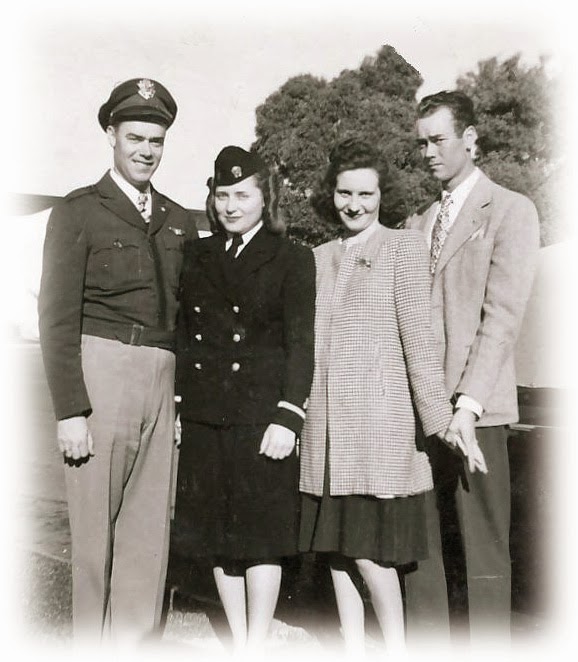 History Repeats Itself. Here's an interesting quirk of history: Mary and Payton Owens' wedding date of June 11, 1846 is exactly 100 years before the day that one of their Great Grandsons married his bride. On June 11, 1946, after the conclusion of World War II, my late aunt and uncle, Elmer Shepard and Beryl Swinney, were married in San Diego, California.

The second picture shows Elmer Shepard and Beryl Swinney in January, 1946 just months before they were married in June. Standing on the right is Elmer's brother Eugene Shepard with his wife Maida Gower Shepard (my parents). It is a little hard to tell but Maida is 10 months pregnant with their first child Gary. 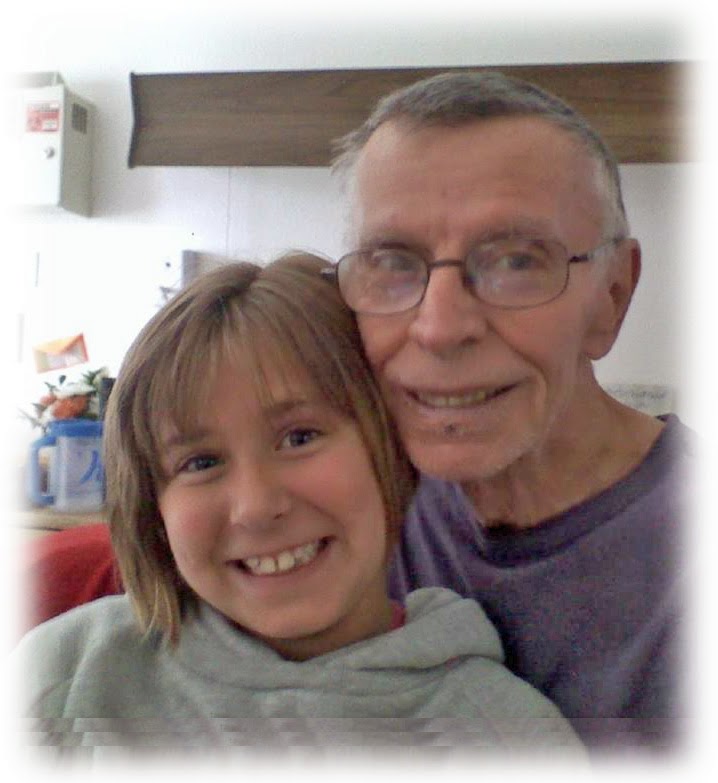 Happy Birthday Emma! One of Payton and Mary Owens' GGGG Grandchildren is Emma Beverly Jean Wilk, who celebrates her 9th birthday today. She is the daughter of Shannon Wilk of Atchison, Kansas. The third picture shows Emma with "Papa Frank", who for 28 years was the partner of Shannon's dad Phil.

Happy Birthday to Emma! Here is her lineage to Mary and Payton Owens:
- - -
Steve Shepard
Posted by Steve Shepard at 11:21 AM