Before I got married
I had six theories about raising children;
now, I have six children
and no theories.
~John Wilmot

Today's blog post is a perfect example of how The Shepard's Crook seeks to be both genealogical and contemporary. It concerns three fellows who are directly related, but whose births span 5 centuries and 14 generations. One was born in the 17th century, one in the 19th century, and one in the 21st century.

Leroy Gower (1899-1874). Yesterday, June 25, was the 115th annversary of the birthday of my maternal grandfather Leroy Gower. He was born in the last year of the 19th century in Mountain View, Arkansas, which is where he was raised and where he met and married Nola Shannon, his wife for 53 years. They lived for 17 years in Okemah, Oklahoma before moving to San Diego where they lived the largest part of their lives. 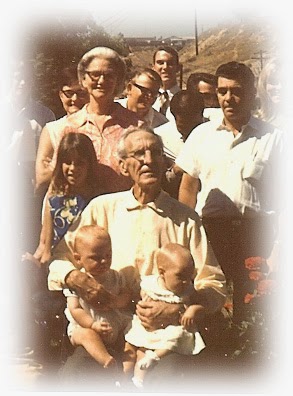 The first picture, taken in 1968 in front of their home on Lynne Street in San Diego, shows Grandpa Gower in the middle, proudly holding his first two Great Grandchildren, Sean Gower on the left and Kerri Shepard on the right. Leroy and Nola would eventually have 14 Great Grandchildren. Also in this picture are his wife Nola, upper left, his son Hendrix, upper right, and several other family members.

The Original Father of our Family. This being the month of Father's Day, I want to mention another outstanding father in our family tree: Abell Gower (1640-1689), the 7x Great Grandfather of Leroy Gower.

Abell Gower was the son of English immigrant Abell Gower Sr. of Gloucester, England. He married Jane Hatcher, also a child of English immigrants, and with her he fathered several children. Abell and Jane were both born in 1640 in Henrico, Virginia, and are the first persons in our entire family tree born on American soil.

Abell was a justice of Henrico County from 1669 until his death in 1689, and was a member of the Virginia House of Burgesses, the first legislative assembly of elected respresentatives in North America. He also may have served as a naval officer and eventually lost his life in a skirmish with Native Americans.

In 1640 when Abell was born, most of North America was unexplored and the American Revolution was still over 100 years away. George Washington would not even be born until the next century, and the entire population of Colonial America was estimated to be only 26,600. Native Americans outnumbered colonialists in the new world by perhaps 100 to 1. 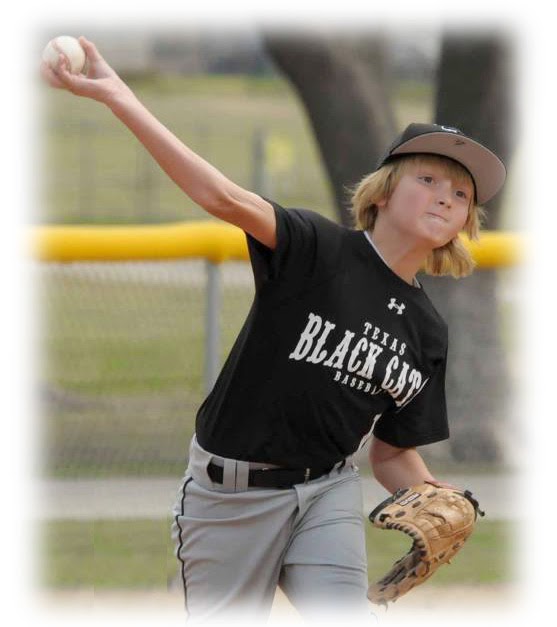 Abell Gower was the first of what is now 15 consecutive generations of family members to be born in America. Conceivably we might someday discover another ancestor who was born before Abell Gower in America, but until then he deserves the title of "The Original Father of our Family" in North America.

Happy Birthday, Kyle. Today, June 26, is the 10th birthday of Kyle Christian Sauvage of Weatherford Texas. Kyle is one of Leroy Gower's 13 Great Great Grandchildren and the son of James and Kelly Shepard Sauvage. He is also the grandson of Jackie Perry and my brother Gary Shepard.

Mom Kelly: Kyle will be 10 years old this week. Crazy how fast time flies. Kyle is keeping busy playing on a little league baseball team and also a select team. He made the all star team again this year. His team has made it to the championship game in all four tournaments they have been in and have finished 1st place in two of them. He has proven to be a really good pitcher. He stays so calm and relaxed while I'm a nervous wreck when he's pitching. His dream is still to play for the Padres! His other hobbies include basketball, football and any other sport involving a ball. He definitely keeps me busy.
- - -
Steve Shepard
Posted by Steve Shepard at 1:23 PM