Friends and family are my support system.
Without them I would have no idea
where I would be.
~Kelly Clarkson

Hello to all of you from "The Giggling Marlin", a restaurant in Cabo San Lucas in Baja California, where WiFi makes connection to the internet possible. Cindy and I are currently on a Mexican Princess Cruise which is traveling down the coast of California and Baja California, stopping at several Mexican ports of call. Today we are at our first stop, in Cabo.

This first picture, taken last night, shows Cindy and me on one of the open decks of our ship, enjoying a beautiful sunset over the Pacific Ocean. 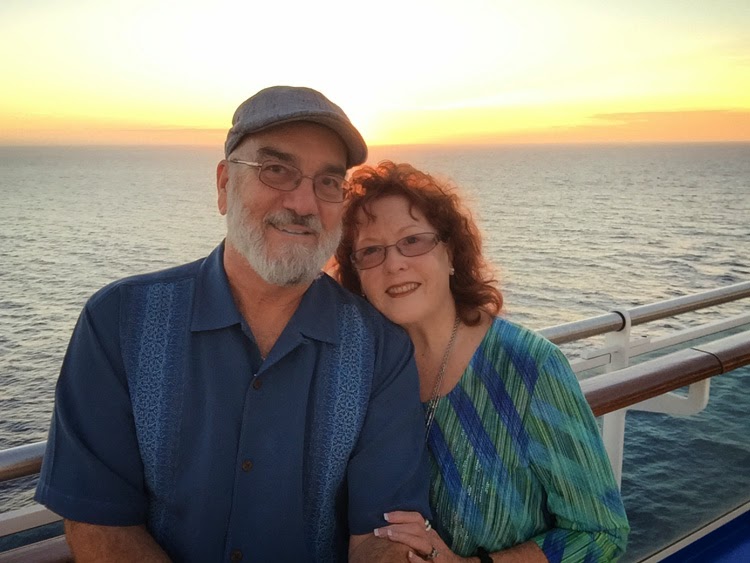 Happy Birthday to my cousin Hershell Gower who lives with his wife Shelly in Bullhead City, Arizona. Hershell is the first and therefore the oldest of the 12 grandchildren of the late Leroy and Nola Shannon Gower. Born in San Diego during World War II he is the first born of Hendrix and Starlene Gower. Hershell began the Gower baby boom that included the births of their 12 grandchildren over the 19 years following his birth.

Hershell was born at just about the same time that my mom Maida Gower Shepard met my father Eugene Shepard. They were married in 1945 and the Shepard and Gower families became forever linked. 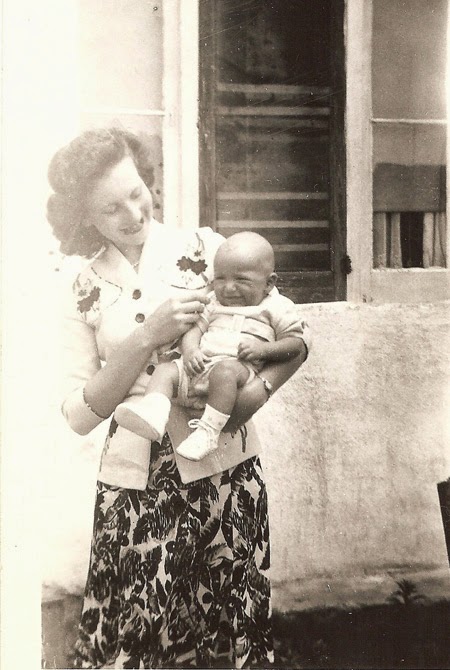 This second picture shows my mom Maida Gower -- an older teenager at the time -- holding her first nephew and the first Gower grandchild Hershell. This picture was taken in 1943 in San Diego.

Hershell has two sons, Shaun and Lloyd, who live in the north county of San Diego. Hershell's younger son Lloyd has two daughters, Amber and Autumn Gower, who are among the oldest great grandchildren of Leroy and Nola Shannon Gower.
- - -
Steve Shepard
Posted by Steve Shepard at 11:39 AM