Sugar and Spice and Everything Nice, February 7, 2015

Sugar and spice and everything nice;
that's what little girls are made of. 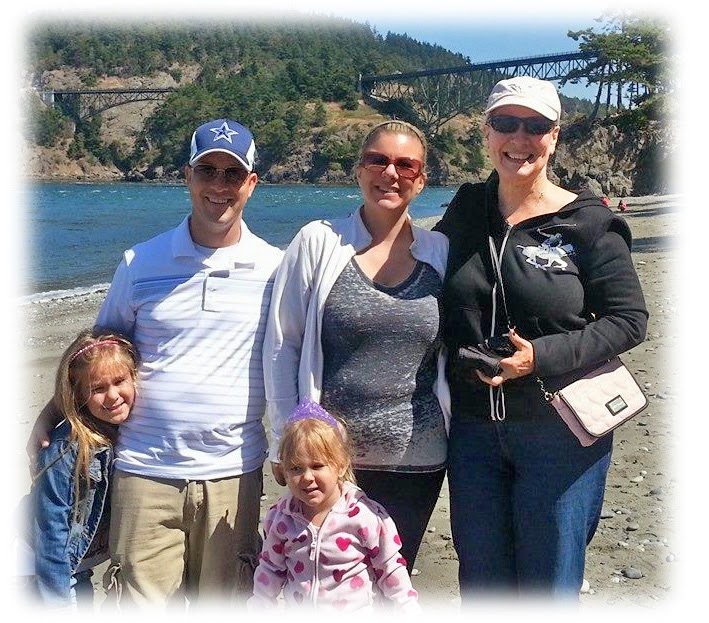 The first picture shows Paula on the right, next to her daughter Heather and Heather's husband Sean and their children. This picture was taken last summer when Paula and her part of our family had a reunion in Oak Harbor, Washington. In the background of this picture is the scenic and historic Deception Pass Bridge near Oak Harbor.

Paula is originally from San Diego and is one of the 12 grandchildren of Leroy and Nola Shannon Gower. All 12 of us grandkids were mid-century children born in Southern California in the two decades after the Gowers moved from Oklahoma to San Diego in 1942. Actually two of the Gower grandchilden, Paula's brothers David and Michael Harrell, grew up in San Diego, but were born in Japan when their father Carl Harrell was stationed there while in the military in the mid 1950s. 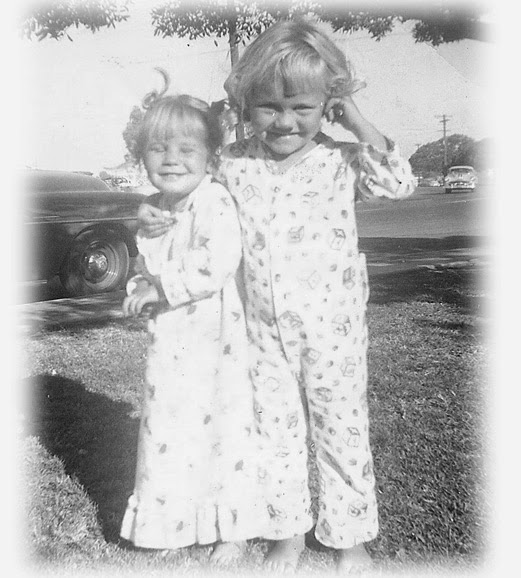 Paula and husband Frank split their time these days between warm and sunny Arizona and scenic Western Washington. They also occasionally make their way to San Antonio, Texas where daughter Heather lives with husband Sean and their children Lexi and Tori, Paula's grandchildren.

It seems these days I am being drawn to family pictures of babies and young children, pictures that capture the feel of childhood and family life in the early years of our Gower and Shepard families, especially in San Diego.


The second picture I am including (above) is a pajama pic showing 3 or 4 year old Paula on the left with her cousin Linda Shepard (1950-1971) on the right. 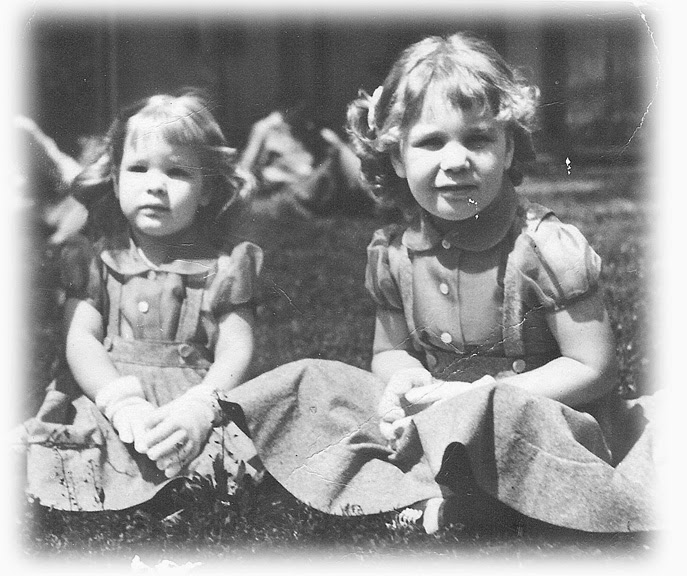 They were born just months apart and were very close as children. This picture appears to have been taken in front of the Shepard home on Ulric Street in San Diego about 1954.

The third picture was probably taken a couple of years later and shows Paula on the right and her sister Gloria in their Sunday finest, gloves and all. It was probably taken in San Diego although I cannot identify the exact location or the circumstances. Happy Birthday and best wishes to Paula!
- - -
Steve Shepard
Posted by Steve Shepard at 3:50 PM