We walked together hand in hand
'Cross miles and miles of golden sand
But now it's over and done
'Cause that was yesterday
and yesterday's gone.
~Chad and Jeremy
(listen to the song)

Beverly and Eugene. Yesterday was the anniversary of the birth of my cousin Beverly Russell Wilk (1939-1974). Had she not died of a brain aneurysm in 1974, she would be 76 years old. Today would have been the 94th birthday of my father Eugene Shepard (1921-2003). He passed away 12 years ago in Anacortes, Washington at 82 years old. 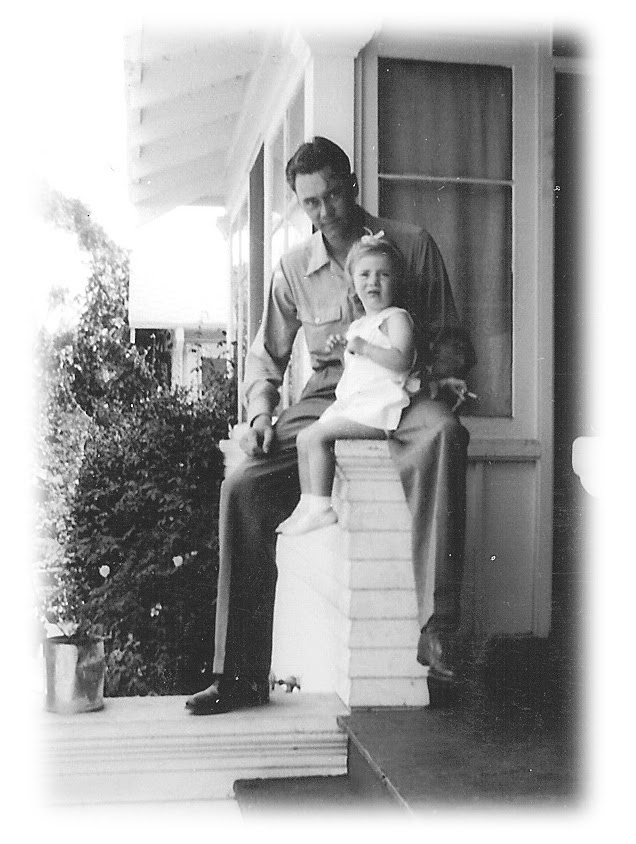 In the early 1940s, when Beverly was a young child, she was the darling of our family. She was just a year old when William and Bura Shepard moved their family to San Diego in 1940. She and her older brother Rex were the only Shepard Grandchildren during that exciting, stressful time of getting adjusted to life in Southern California after living the country life in Colorado and Oklahoma. There was, however, another child in the family at that time, Thelma Shepard. She was Will and Bura's late-in-life daughter, who was Beverly's aunt, even though only 3 years older than Beverly.

We have numerous family pictures showing Beverly as a child, looking for all the world like Shirley Temple who at the time was America's darling little girl and child movie star. Born in 1939, Beverly was the only Granddaughter in our family until my sister Linda was born in 1950.

The first picture shows Beverly in the early 1940s at about 2 years old. With her is my father Eugene Shepard, her uncle. This is a classic image that captures the spirit of the times and of our Shepard family. They look to be on the front porch of the Russell home on Ohio Street in San Diego. He is about 21 years old, cigarette in hand, tall, dark and handsome. He has no smile on his face for these were serious times -- World War II was ready to explode and he was either in the military or ready to enlist. Bev is dressed in the white of innocence, cute bow in her hair, in a pretty, short dress with a soft, naive look on her face. 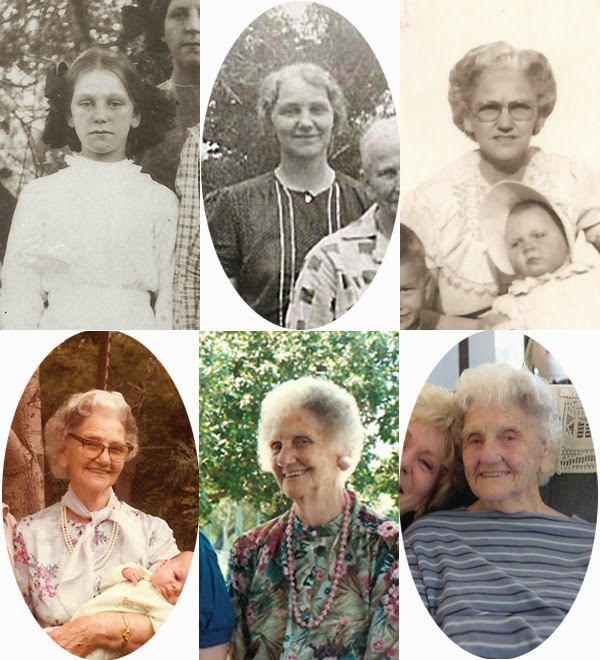 Nola Shannon Gower. Today is also the anniversary of the birth of my maternal Grandmother Nola Shannon Gower (1903-2004). She was born exactly 18 years before my father Eugene Shepard, who was her son-in-law for almost 60 years.

Nola was born in the hills of Northern Arkansas where at 18 she married Leroy Gower and where they had their first two children, Hendrix and Maida. They then moved westward, first to Oklahoma where youngest child Vicki was born, and then to San Diego where they lived most of the rest of their lives.

This second image is a collection of pictures showing Nola Shannon Gower over the years. Upper left shows her in about 1910 as a young girl with her sister in Mountain View, Arkansas. The other pictures show her at various points in her life: with her mother (about 1935) probably in Oklahoma, with her first Granddaughter (1950) in San Diego, with one of her Great Grandchildren (1977) in Sylmar, California, at a family reunion (1992) in San Diego, and finally with her daughter Vicki in 2003 in Anacortes, Washington on the occasion of her 100th birthday celebration.

Centennial Anniversary. As I mentioned in my last post, this spring marks the 100th Wedding Anniversary of William and Bura Davis Shepard on June 2, 2015. I have a page set up which you can visit to celebrate this centennial event. In the next several weeks leading up to their anniversary I will add additional information and links to the page to make it even more informative and interesting. Visit the page now and be sure check back in coming weeks.
- - -
Steve Shepard
Posted by Steve Shepard at 12:27 PM