Shepard Family Reunion 2015. A family reunion is being planned for this summer on Saturday, August 22 at the home of Patrick and Nicole Shepard in the Seattle suburb of Bothell, Washington. All family and friends are invited to attend. More details will be forthcoming as the date draws near.

One Remarkable Mother. During this week leading up to Mother's Day I would like to feature a person in our family's past whose was a remarkable mother. She was not remarkable because of her grace or beauty, her charm or her ability to embody the best qualities of motherhood as we understand it today. I don't know her well enough to say any of those things about her with any certainty. I consider her a remarkable woman because of what we DO know about her, which is significant, even though she lived her entire life in the 19th century. 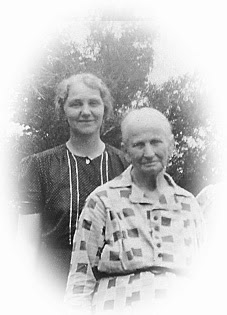 Her name was Elizabeth (Liza) Lucinda Mitchell, and she was the Great Grandmother of my Grandmother Nola Shannon Gower. Here is her lineage:
Elizabeth Mitchell was born in South Carolina in 1817 to Henry and Abba Mitchell, but as a young woman moved westward with her family. They lived for short periods of time in Georgia and then Tennessee before settling in Stone County, Arkansas where she lived most of the rest of her life. Stone County is where both my Gower grandparents were born and raised.

About 1840 Elizabeth married a man named Andy Norton near Mountain View, Arkansas, and by him had one daughter, Roena Norton. That marriage ended after just a few years and she then married a man named Gus Dearien and with him had two other children, David and Mary. One of the uglier events of our family history occurred when Elizabeth's second husband Gus Dearien had a child by his stepdaughter Roena Norton. He then added insult to injury by causing Roena's disappearance, but kept the child Finetta, and raised her in their home. I have written about that previously in this family blog and do not need to dwell on it here. This post is more about Elizabeth Mitchell Dearien, mother of Rowena and grandmother of Finetta Clementine Dearien. (See picture above of Finetta and her daughter Nola.) 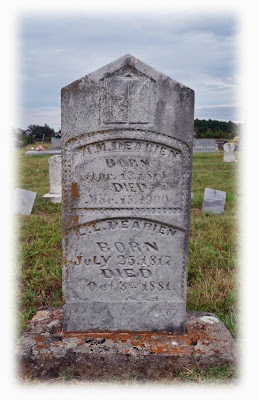 Living well is the best revenge. Despite the dysfunction of the Dearien family, Elizabeth seems to have made a decent life for herself and her children. Her first child Finetta actually created a wonderful family of her own when she married Samuel Pickens Shannon. With him she bore 9 children, the last one being my Grandmother Nola Shannon Gower. Elizabeth and Finetta each had plenty of justification for being bitter and resentful of Gus' unscrupulous actions. Instead Elizabeth illustrates the truth of the saying of George Herbert, "Living well is the best revenge."

She had all the reason in the world to get back at her husband. Instead she made the best of what came her way. She was a remarkable woman of extraordinary fortitude who endured to the end, and made of her life and her family the best she could under the circumstances. Obviously the sparsely populated hills of Northern Arkansas in the mid 19th century (during and after the Civil War) was no place for a woman to expect much justice from the domestic wrongdoing she had experienced. 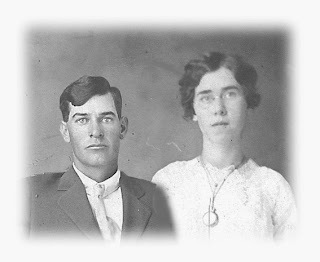 The story of Elizabeth Mitchell Dearien is a sobering reminder of how Mother's Day must be more than a sentimental celebration of charming women. It is also a remembrance of women who had a difficult time in life but endured remarkably despite the injustices that came their way. As we approach Mother's Day 2015, I suggest to you that Elizabeth Lucinda Mitchell Dearien is one such person, a remarkable mother who deserves remembering and celebrating.