The only thing sweeter than union is reunion.
~Kathleen McGowan 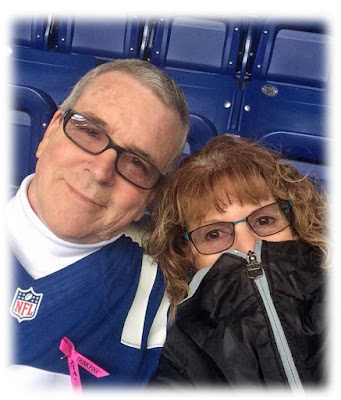 Family Reunion in August. Don't forget to make your plans for our Family Reunion this summer on August 22, 2015 at the home of Patrick and Nicole Haw Shepard of Bothell, Washington, a suburb of Seattle. Watch future posts of this blog for more information about the reunion.

Mike Harrell. Today, May 29, is the birthday of my cousin Mike Harrell of Zionsville, Indiana. Mike and his wife Carole have lived in Indiana since moving there from Northern California a couple of years ago. Mike, originally from San Diego, is the son of Vicky Gower Johnston of Oak Harbor, Washington. Mike is the 9th of the 12 grandchildren of Leroy and Nola Shannon Gower to reach that special milestone of 60. 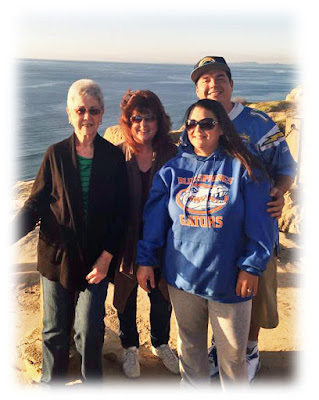 The second picture shows anniversary celebrants Jeremy on the right with his wife Desiree in front of him. Next to them is mom Kim Boyd Clark, and on the far left is grandmother Thelma Shepard Boyd. This picture was taken a few months ago when the family was all together in San Diego visiting the Point Loma Tide Pools. 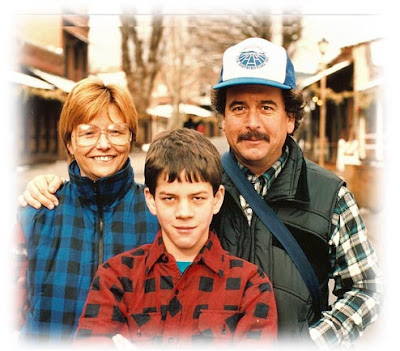 Gary and Cindy Shepard. This coming Tuesday, June 2 is the 36th wedding annversary of my brother Gary Shepard and his wife Cindy Dillon Shepard. They have lived in Western Washington, in the Whidbey Island town of Oak Harbor now for over 10 years. They are both originally from Southern California, where they lived until moving to Washington. Best wishes to Gary and Cindy on 36 years of married life.

The third picture shows Gary and Cindy in a picture taken back in 1987 when they were on vacation in Northern California in the historic goldrush town of Columbia. With them in their nephew Nathan Shepard. Best wishes to Gary and Cindy for a wonderful anniversary and many more to come!

This coming Tuesday is also the anniversary of my grandparents William Shepard and Bura Davis Shepard. I will write more about them in my next post as we celebrate their 100th Wedding Anniversary.
- - -
Steve Shepard
Posted by Steve Shepard at 8:02 PM