No one’s family is normal.
Normalcy is a lie
invented by advertising agencies
to make the rest of us feel inferior.
~Claire LaZebnik

Family Reunion. Our family reunion, on Saturday August 22, is fast approaching. You are welcome to join us at the home of Pat and Nicole Shepard in Bothell, Washington, starting at 2 pm. 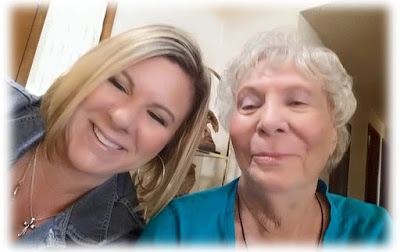 Heather, one of the 14 great grandchildren of Leroy and Nola Shannon Gower, lives in San Antonio, Texas with her husband Sean and daughters Tori and Lexi. The picture on the right, taken last month in Oak Harbor, Washington, shows Heather with her Grandmother Vicki Gower Johnston.

Happy Birthday Jeremy. This coming Tuesday, August 12, is the birthday of Jeremy Ortiz, one of the 21 great grandchildren of William and Bura Davis Shepard. 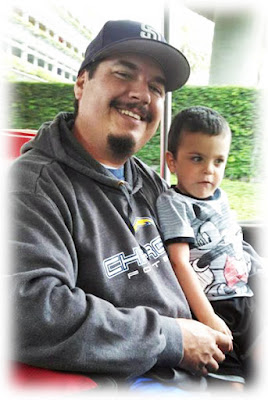 Jeremy lives in El Cajon, California with his wife Desiree and their 5 children. Jeremy's mom is Kim Boyd Clark and his grandmother is Thelma Shepard Boyd. Best wishes to Jeremy for a great birthday! This second picture shows Jeremy with one of the young twins of his and Desiree's, either Isaac or Dominic.

Getting It Right. In my last post I included a picture of Jerry Clark which was taken 45 years ago, just weeks before he and my sister Linda Shepard were married in the summer of 1970. I was mistaken about where the picture was taken. Jerry let me know that it was actually taken in the home that he and Linda would soon be moving into in Lubbock, Texas.

Yet Another Never-Before-Seen Photo. Continuing with a series of photos that I have been sharing, I am including here one more on my list of never-before-seen family pictures, at least never before seen in this blog.

This photo shows three very lovely women in our family: my sister Barbara Shepard, my niece Kerri Shepard, and my mom Maida Shepard. 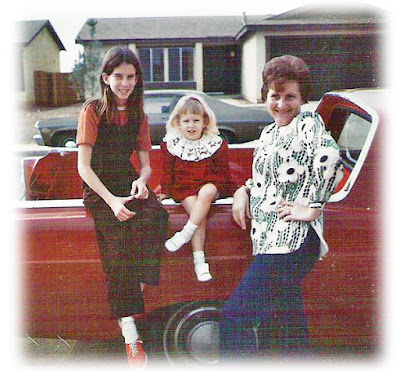 Numerous times in the last several years I have been tempted to share this photo with you, but I just couldn't do it. My mom on the right -- Kerri's grandmother! -- is just too sexy. It doesn't seem right for me to put this photo out there for the world to see. Dad was obviously a lucky man to have such a attractive wife, even into Grandparenthood. Yet for me even to say that fills me with a certain awkwardness I cannot define. Even so, for the sake of full disclosure I feel compelled to share this beautiful but difficult photo with you.

Judging from the age of Kerri in this picture, who looks to be about 2 years old, it was probably taken in 1970. My sister Barbara tells me that it was taken in front of the home of my brother Gary and his wife Jackie on Eagle Rock Drive, a home they had recently purchased in Mira Mesa, which at the time was a new community of San Diego.

Summer Activity Pictures Wanted. I am planning to put together a collection of photos in a few weeks, of "the summer of '15" family activities. If you have some pictures of family activities this summer you'd like me to include please send them my way.
- - -
Steve Shepard
Posted by Steve Shepard at 6:53 PM