All we have of freedom,
all we use or know --
This our [parents] bought for us
long and long ago.
~Rudyard Kipling

Happy Independence Day to everyone! I hope the holiday is a fun filled one for you and your family. 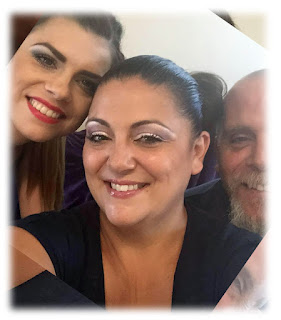 Happy Birthday Desiree. Wednesday of this week, July 6, is the birthday of Desiree Ortiz, wife of Jeremy Ortiz who lives in El Cajon, California. Jeremy is one of the Great Grandchildren of William and Bura Davis Shepard.

The first picture is a selfie and shows lovely Desiree with some friends and was taken just two weeks ago.

Birthday Wishes to Nate. Thursday of this week, July 7, is the birthday of Nate Sauvage. He, his brother Kyle and parents James and Kelly live in Weatherford, Texas. He is one of the Great Great Grandchildren of Leroy and Nola Gower, as well as William and Bura Davis Shepard. He is also a grandson of my brother Gary Shepard. 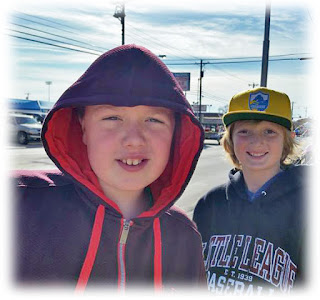 The second picture was taken just a few months ago and shows Nate in a hoodie with his brother Kyle.

Happy Anniversary.This Thursday is the 2nd Wedding Anniversary of my cousin Joan Shepard and Dee Shannon of Dixon, California. Joan is one of the Grandchildren of William and Bura Davis Shepard. With the last name of Shannon, one would think Dee might be related to Grandmother Nola Shannon Gower, but as yet we have found no direct historical connection. But the search continues, even though Dee has now married into our family. Best wishes to Joan and Dee for a very happy anniversary!

Remembering Elvira Owens Shepard (1863-1931). The first day of this month was the anniversary of the birth of Elvira Owens Shepard. Great Grandmother Elvira was from Madison County, Illinois an area little known to most of us. My guess is that there only a few of the readers of this blog can even locate Madison County, Illinois on a map. Am I right?

But you can rest assured that Madison County figures quite prominently into the history of our family, especially the history of our Shepard and Owens relatives. It is just across the Mississippi River from Saint Louis, Missouri. My Grandfather William Shepard was born in that county, in the small riverside community of Alton. Grandad's mother Elvira was born in the Eastern part of the county, in the small farming town of New Douglas, Illinois.

She was born on the first day of July, 153 years ago, during the darkest days of the American Civil War. That conflict was still in full swing when she was born just 3 days before the Independence day holiday. The war must have put quite a damper on the County's celebration, and her family's celebration of her arrival. She was the 8th child of Madison County native Mary Wheeless (1825-1871) and long time citizen Payton Owens (1826-1872), who were established residents of the area, and owners of at least 160 acres of farm land. 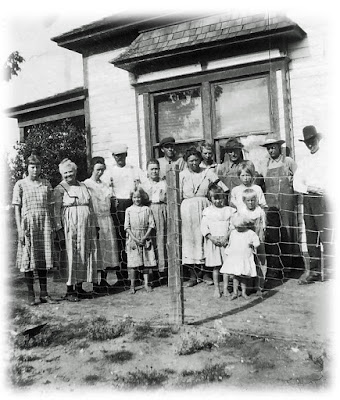 When the young woman Elvira met the young wanderer William Elmer in Madison County in the mid 1880s, it was the coming together of two very diverse individuals. Elvira was from an established, even prominent, family in this part of Western Illinois, while William Elmer was a new comer to the area without a family member anywhere near. He was a fatherless vagabond from Montgomery County, Indiana, his father having died in the Civil War. Feeling unwanted and mistreated, he had abandoned his mother's new family and struck out on his own as a teenager. He landed in Madison County, fell in love with local girl Elvira and his luck suddenly changed forever.

They were married in September, 1886 and made a good life for themselves for the next 20 years in Madison County, where they raised their two children, William, born in 1888, and Sadie Shepard, born in 1892. About 1905, William and Elvira decided to move westward. Saint Louis, just across the river, was after all the "Gateway to the West." The famous Gateway Arch wouldn't be built for another 60 years, but had it stood in their time they may have had a view of it from their front porch.

Perhaps the wanderer William Elmer was feeling the need to move on once again, or perhaps it was simply the lure of the open west that drew the entire family. For whatever reason they moved to the land of opportunity, some 700 miles away in the panhandle of Oklahoma, where they settled for the rest of William and Elvira's lives. She is buried in Beaver County's Sophia Cemetery, next to William Elmer and her second, late-in-life, husband Cal Williams.

Elvira and William Elmer's move in '05 to Oklahoma turned out to be a good one for them, but the direction of both their lives was determined by their experiences in Madison County, Illinois, where they left many family members when they moved, and where some of their kinfolk live to this day.

The black and white image above was taken in Oklahoma probably in the 1920s (after William Elmer's death), and shows a smiling Elvira (second from left, in her 60s at the time) with several family members. Among the others in this picture are her daughter-in-law Bura Davis Shepard (to the right of Elvira), her son (my grandfather) William Shepard (second from the right in the overalls), and Elvira's second husband Cal Williams (far right in the Stetson). This is quite a period piece, with the photographer shooting through a confining wire fence, and a patch of barren Oklahoma landscape in the foreground. Elvira seems to be the only one smiling, while the appearances, barefootedness and plain dress of the others suggest hard work and common farming folk in difficult times. What we can see of the house indicates a fairly nice home for a farming family in the panhandle in the 1920s. Could it have been the home of Cal Williams, a man of some means, who married the widow Elvira?
- - -
Steve Shepard
Posted by Steve Shepard at 3:23 PM