Hello everyone from Puerto Vallarta, Mexico where Cindy and I are basking in 85 degree weather! A little warmth, after all the snow we have been having in Northern California, is a welcome respite. This is warm winter weather even by San Diego standards. 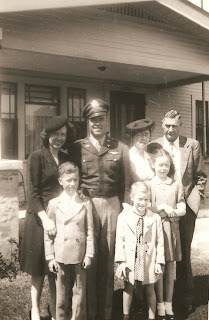 Family Faces. I am sending two family pictures. The first is an old one dated Feb, 1945 and is a picture of Will and Bura Shepard's family, barely 5 years after the family first moved to San Diego. From left to right the adults are Pauline Russell, Elmer Shepard, Bura and Will Shepard. The children are Rex and Bev Russell and Thelma Shepard. They are in front of what looks like the Russell home on Ohio St in the North Park community of San Diego, the first home owned by any of our family in that city. Not in this picture are Eugene Shepard and Bill Russell (Pauline's husband) the only other members of our Shepard family in Feb, 1945. 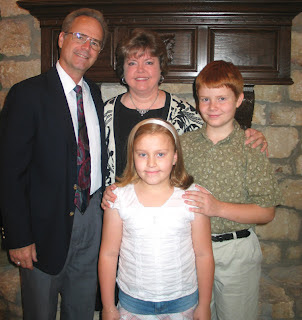 The other is a recent picture of Dane and Cindy Shepard and their children Kaylan and Nathan of Oklahoma City.


I have a daughter now, she is 2 1/2 and will be 3 in June. Her name is Emma Beverly Jean Wilk. I had always wanted to name my child after my mom, and well the good Lord gave me the most wonderful gift ever. She is my angel baby.

May of '05 I moved to Mass., where dad and Frank were living, (Frank's daughter lives there) and had Emma that June. I was really home sick so they decided to go back to Kansas with me. So in August of '05, Emma was only 2 months old, we packed everything up and headed back here.

Kim told me about the reunion, and it sounds wonderful. I would love to go. Too many years have gone by without my family, and its about time I stay in touch with everyone. Now that my own family is all gone, though I do have Frank, and bless him, he has been there for me and Emma this whole time.