The bond that links
your true family
is not one of blood,
but of respect and joy
in each other's life.
~Richard Bach

I got an email from my niece Linda Shepard the other day asking me about the Baby Boomer Generation. (See the picture of Linda, taken last summer by her aunt Barbara.) 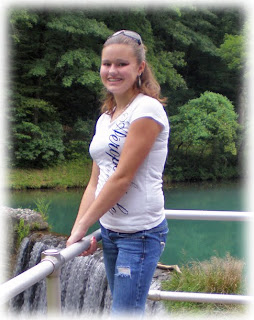 Actually she sent me a text message on my cell phone, telling me to get to my computer "a.s.a.p.!" to read the email she had sent. Evidently she was worried I might have a life beyond my computer that would keep me from these important family emails. (She knows me pretty well.)

So I rushed to my computer to read her email. In it she explained that she had been given an assignment in her High School history class. History class? I was not sure I liked where this was going. She further explained that she needed to get the opinion of family members MY age about the Baby Boomer generation.

I was beginning to feel older and older the more I read. I had always thought that we Baby Boomers were a pretty current bunch, and suddenly I was feeling like an ancient relic. Like a Giant Sequoia. Or a dinosaur. It was something of a wake up call. All this from a lovely, bright 16 year old, who probably intended no harm whatsoever to my self image.

We Baby Boomers are quite a responsible bunch, so I dutifully answered her questions as quickly as I could. Although in the process I began to wonder if perhaps she had put off this assignment until the last minute, thereby necessitating my response "a.s.a.p.!" Is "cramming" as common among students these days as it was "back in the day"?

The questions she asked were actually rather thought provoking, for someone of MY generation. They had to do with the Vietnam War, pot smoking, religious changes, diversity and a host of other matters. She and her teacher (probably the CHILD of a Baby Boomer) knew how to get Boomers' attention. 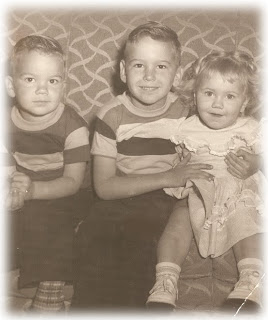 The second picture from 1952 shows the first three Baby Boomers born among the descendants of Will and Bura Shepard: my brother Gary (in the middle, born 1946), me (1948) and my sister Linda Shepard (1950) -- the one after whom my niece Linda is named.

Answering Linda's questions got me to wondering where I really am, historically, in my particular part of our family. Here are the facts: 47 descendants of Will and Bura Shepard have been born over the last 95 years, 42 of whom are alive today. Add spouses of those 42 and you get 57 people. Of those 57, I am number 8. Only 7 people in my entire part of the family are older than I am. 49 are younger. I am feeling less and less current all the time.

It took me the better part of a day to get my part of her assignment turned in to her on time, but for us Baby Boomers, I think that qualifies as "a.s.a.p."
- - -
Steve