Greetings to all of you on this beautiful spring day on Memorial Day Weekend. I hope the weather is as wonderful in your part of the world as it is here in Southern California. 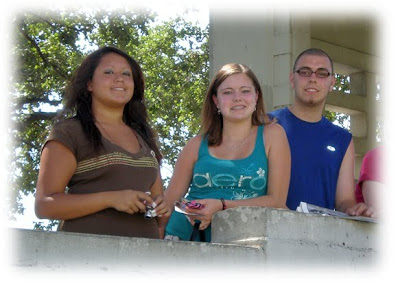 Congratulations to Mandi Aquiningoc who will be graduating from Weatherford High School this coming Wednesday, June 2! (See picture with her on the left next to cousins Linda and Steve, in a picture taken last summer in Texas. Thanks to Barbara Shepard for this picture.)

Mandi lives with her sister Lyndsey and mom Kerri in Weatherford, Texas. She is one of the GGgrandchildren of Will and Bura Shepard. 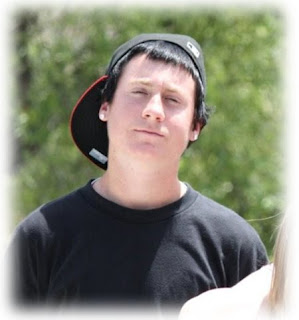 Yesterday, May 26, was the 17th birthday of Brandyn Boyd, the middle child of Vicki and Darren Boyd of Lakeside, California. Brandyn is one of the last Ggrandchildren to be born to Will and Bura Shepard. (See picture of Brandyn taken last year.)

Tomorrow, May 28, is the birthday of Rex Russell (son of Bill and Pauline (Shepard) Russell), as well as his daughter-in-law Ruth (Styer) Russell. Rex and Ruth (and their son and husband Eric) live in Red Rock, Nevada. 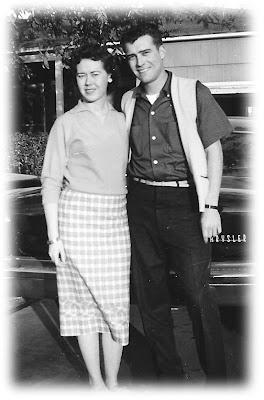 Rex in the first of the Grandchildren of Will and Bura. He, his aunt Thelma (2 weeks older than him!), and his sister Beverly were born in Two Buttes, Colorado, but as young children moved to San Diego in 1940 when the family first migrated to Southern California. (See picture of Thelma (Shepard) Boyd and her nephew Rex Russell in a picture taken in 1958.)

Early last week my mother Maida, my sister Barbara, and I, with flowers in hand, made our annual trek to Greenwood Cemetery here in San Diego. It was an early Memorial Day visit to the final resting place of over a dozen of our family members, including William and Bura (Davis) Shepard, Bill and Pauline Russell, Leroy and Nola Gower, and Eugene Shepard. It was a humbling experience, as it always is, and was a reminder of what a what a great family legacy we have.

In a special way, this weekend of Memorial Day is a time to remember those who have died in service to their country. One such person in our family was William Shepard (1835-1862), who I have referred to before as "Wabash William", since there are several William Shepards in our family, and this one's home was in Wabash, Indiana. He is the oldest Shepard ancestor of which we have any knowledge (although I hope our knowledge will grow as research continues).

He died in July of 1862 during the Civil War as a result of injuries suffered in the service of the 2nd Indiana Calvary of the Union Army. When he went to War in 1861 he left a pregnant wife, whose child would be named William Elmer Shepard (my Ggrandfather). Even though we have no photos of "Wabash William" (see a picture of his grave in Evansville, Indiana), we are humbly grateful this Memorial Day weekend for his sacrifice, as well as that of countless others like him.
- - -
Steve

Posted by Steve Shepard at 3:47 PM